Artistic Patronage of Akbar the Great 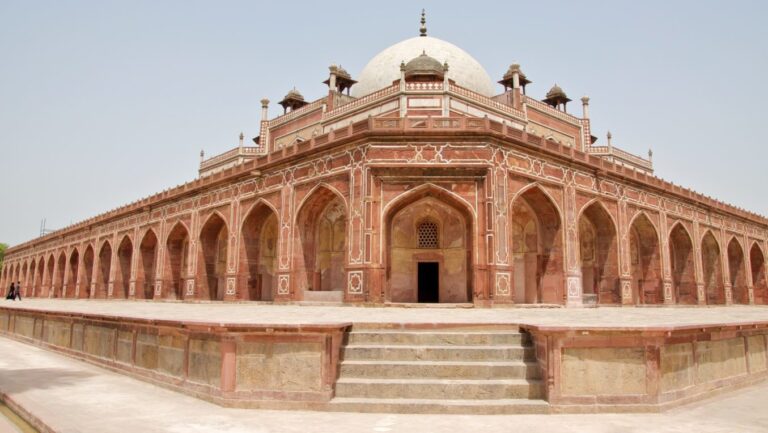 Abu’l Fath Jalal-ud-din Muhammad Akbar was born in poverty when his father, Humayun was driven into exile by Sher Shah Suri. His destiny as one of the greatest rulers of South Asia and the third richest man of all time could not have been foreseen at his birth. Humayun eventually reclaimed the Delhi Sultanate, but died shortly after, leaving the 14-year-old Akbar as the heir to the House of Timur. Although was a fierce warrior and a revolutionary leader, Akbar’s greatest and most lasting legacy is his incredible patronage of the arts.

An Era of Religious Tolerance

Akbar was a great proponent of religious tolerance. As the Muslim ruler of largely Hindus subjects, he recognized that effective governance of his vast empire could not be achieved without communal harmony. He abolished many of his predecessors’ religiously discriminatory laws, repealed the jizya tax (tax on non-Muslims), recruited Hindus to serve in important ranks of his administration, patronized Hindu arts and even married Hindu women. Some of the most prominent painters of the royal Mughal atelier under Akbar’s reign were Hindu men such as Govardhan, Basawan, and Daswanth.

Akbar’s patronage allowed many ancient Hindu art forms (including classical music and dance) to thrive. The religious tolerance under Akbar was significant not only because it allowed Hindu art forms to continue to develop, but because the tolerance resulted in the incorporation of typically Hindu elements into the Persian and Timurid form, which culminated in the distinctive Mughal style.

Mughal architecture can be best described as an amalgamation of Turkish, Timurid, Persian, Indo-Islamic and Hindu Rajasthani styles. Some of its identifying features include the Persian domes, Rajasthani archways, ornate carvings of geometric pattern, Nasta’liq calligraphy inlays and stone lattice (jaali) decorations on railings and window openings.

Though commissioned by Humayun’s wife, Haji Begum, Humayun’s tomb in New Delhi is the first remarkable architectural accomplishment of Akbar’s reign as well as the first large scale use of red sandstone in Indian architecture. The style, as well as the use of red sandstone along with ivory marble, prevailed through later the Mughal period including the Taj Mahal by Akbar’s grandson, Shah Jahan. Akbar commissioned breathtaking gardens in the charbagh layout where quadrilateral structures were divided by walkways or water features. He also commissioned the city of Fatehpur Sikri, the first planned Mughal city, which was designated in 1986 as a UNESCO World Heritage Site. Fatehpur Sikri is home to 93 protected Mughal architectural marvels including mosques, palaces, gateways, and mausoleums.

Much about the reign of Akbar is known not only through the accounts of many international travelers to the Mughal court but through his richly illustrated biography, the Akbarnama (Book of Akbar). The Akbarnama was authored by Abu’l-Fazl ibn Mubarak, a valued member of Akbar’s court. The book is written in Persian, the native language of the House of Timur. It was a result of seven years of painstaking work in the form of texts accompanied by vivid illustrations in the distinctive Mughal style that sheds light on a golden age in South Asian history. After Akbar’s death, the manuscript remained in the royal library of his son and grandson till it ended up in the coffers of the British East India Company. After the disintegration of the Mughal empire, the Akbarnama was purchased by the Victoria and Albert Museum in 1896.

Mughal paintings came into its own under the reign of Akbar. The tradition of miniature paintings emerged from Chinese and later Persian roots with Hindu, Buddhist and Jain influences. They were generally in form of book illustrations or miniature paintings preserved in albums such as the Akbarnama. Akbar’s atelier illustrated many other books on history, romances, poetry, legends, and Persian and Indian fables. The Indian tastes are evident in the use of bright colors and faded landscapes in the background.

The Death of Akbar

By the time of Akbar’s death at the age of 63, his reputation as a hot-blooded and quick-tempered descendant of Timur lane and Genghis Khan was forgotten. He was remembered after his death as “Arsh-Ashiyani’ or “the one who nests at the divine throne’.

The construction of his tomb was initiated by Akbar in the year of his death and completed by his son Jahangir in 1613 and was also an architectural marvel of the Mughal period, befitting this great king. It was built in Agra on 119 acres and was in the distinctive Mughal style with red sandstone and marble arabesque and Persian calligraphy inlays. Posthumous portraitures of this great king were commissioned well after his death by his descendants and in other South Asian works.