An Auction for the Ages: The Art Collection of Peggy and David Rockefeller 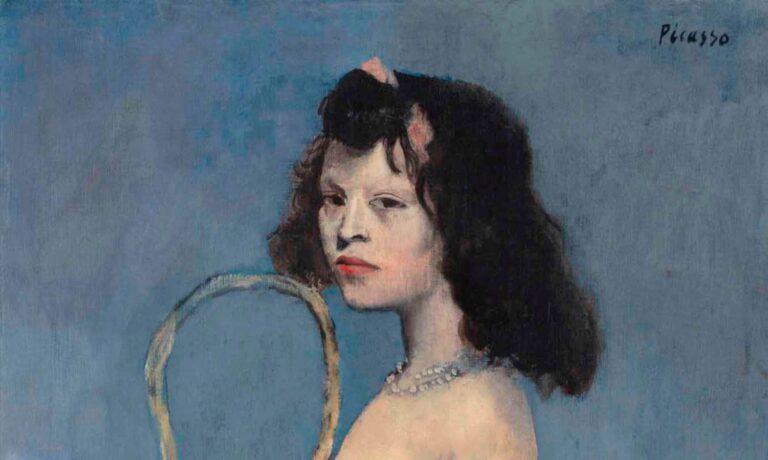 Peggy and David Rockefeller were able to dine in their dining room and gaze at Edouard Manet’s ‘La plage à marée basse’ between mouthfuls of food. They did this for decades. Then, when the urge struck them to visit their library, they could see Pablo Picasso’s ‘Fillette à la corbeille fleurie,’ painted in 1905, hanging on one wall and then, when their eyes grew weary of admiring this Rose period masterpiece, they were able to rotate their torsos to the left and face an adjacent wall where, above the fireplace and to the left of a bookshelf, hung Henri Matisse’s ‘Odalisque couchée aux magnolias,’ painted in 1923.

This is a lifestyle that makes me wish I had more money. After I donate some of this newfound money to worthy causes and then improve my standard of living by purchasing a new home, a new car, and annuities for all my friends and loved ones, I would use the remainder to buy art and use that art to decorate my mansion. I would buy art that inspires me, art that makes me think, and art that I could share and talk about with my friends.

I can only imagine this is what Peggy and David Rockefeller did with their wealth. Their taste in art was impeccable. Almost every painting in their collection is a masterpiece. And it is their collection of 19th and 20th century paintings and sculpture that is going to be auctioned away on the evening of May 8. Christie’s in New York will do the honors. Christie’s will also be auctioning the Rockefeller collection of Fine Art in a day sale on May 10. I had the privilege of viewing this collection a few days before these auctions are scheduled to take place.

There were more Bonnards and Vuillards than I would have expected. One of my favorite paintings in the exhibit is Paul Gauguin’s ‘La Vague.’ The colors in this painting are remarkable because, even though they are the colors that Gauguin felt instead of the colors that he saw, every brushstroke of color belongs exactly where it was made. I can imagine looking at the blue rocks and the red sand and the variation of color of the water and seeing an alternate reality. I don’t often have this feeling when I see Fauvist paintings that were done fifteen years after this one. The two blue rocks closely resemble Daumier caricatures from the side. Christie’s catalog for the auction includes this quote from Gauguin: Don’t copy nature too closely. Art is an abstraction… The catalog also points out that the rock in the upper left corner of the canvas did not exist in real life; Gauguin added the rock to strengthen the diagonal line that flows from the upper left of the painting to the lower right.

The catalog is rich with information about the Rockefellers, the paintings in this collection, and the artists who made these paintings. It also has information about Leo and Gertrude Stein, who are described as “eccentric” in the catalog, but were also prominent art collectors and dealers in the early part of the 20th century. Their falling out, according to the catalog, was due to the appearance of Ms. Stein’s significant other, Alice B. Toklas. And Picasso’s famous portrait of Gertrude Stein was bequeathed to the Metropolitan Museum of Art upon the death of Gertrude Stein.

In addition to the catalog, Christie’s also produces an online magazine. In issue 133, one article deals with the relationship between Henri Matisse and one of his models, Henriette Darricarrère. Ms. Darricarrère became a painter in her own right. She played the violin. She was Matisse’s primary ‘Odalisque’ model during the 1920s. And Matisse thought of his young model as an “honorary daughter.” Ms. Darricarrère is the model in the Matisse painting referred to above.

One painting that I came back to over and over again was Edouard Vuillard’s ‘Le grenier de la Grangette à Valvins.’ Both Vuillard and Bonnard have a remarkable ability to take an ordinary scene, depict it in a way that looks realistic, and yet have so many abstract elements in the composition that the scene appears abstract as well. The effect from this approach is that the mood is heightened. From a distance, the composition looks abstract with the focus of attention the greenish blue lamp and the white papers beneath it. When I stood a few feet away from the painting, however, I was drawn to the figure hunched over on the right and the shape of his profiled face.

There were a number of Odilon Redon paintings of flowers in a vase, such as ‘Fleurs dans un vase vert.’ This small painting invites the viewer to come closer; and the closer one gets, the more details can be seen. The brushstrokes are visible, which I almost always prefer, and the one very light (almost white) highlight on the vase is a breathtaking addition.

I was surprised to see a sculpture by Käthe Kollwitz, ‘Turm der Mutter.’ The subjects of her paintings are often suffering with loss; this sculpture appears to have that same quality. The sculpture, by the way, is part of the May 10 Fine Art, Day Sale. Each work of art in the collection has an approximate monetary value listed on the card next to it. This Kollwitz sculpture, for example, is in the $20,000-$30,000 range.

An unusual Edward Hopper painting, ‘Cape Ann Granite,’ is also part of this collection. I would not have known that this depiction of a landscape on a bright sunny day was a Hopper. The variation of color in the rocks and the grass is mesmerizing.

There were also some abstract paintings in the collection. One example is Willem de Kooning’s ‘Untitled XIX,’ from 1982. The painting is wonderful. I can feel the movement of the lines and the shapes as well as see them. The red lines to the left of the composition look like a woman’s figure from the back, but whatever it is, that shape and the swirling white and blue shape in front of it and the horizontal movements below that feel like waves in the ocean help the flow of the painting in several directions at once.

I could go on and on. The volume of paintings was overwhelming. I wish the artwork in this auction could stay at Christie’s permanently so I can visit once or twice a month. And with more time at my disposal, I would linger in front of particular paintings for at least 10-15 minutes at a time before moving on to the next one. I would stay with some of the Milton Avery paintings, so deceptively simple and yet so beautiful. I hope this collection is able to move on to other homes where the artwork will be as appreciated by its new owners as it was by the Rockefellers. And by me.