Art Afterpieces. How Internet Didn’t Come up with Anything New 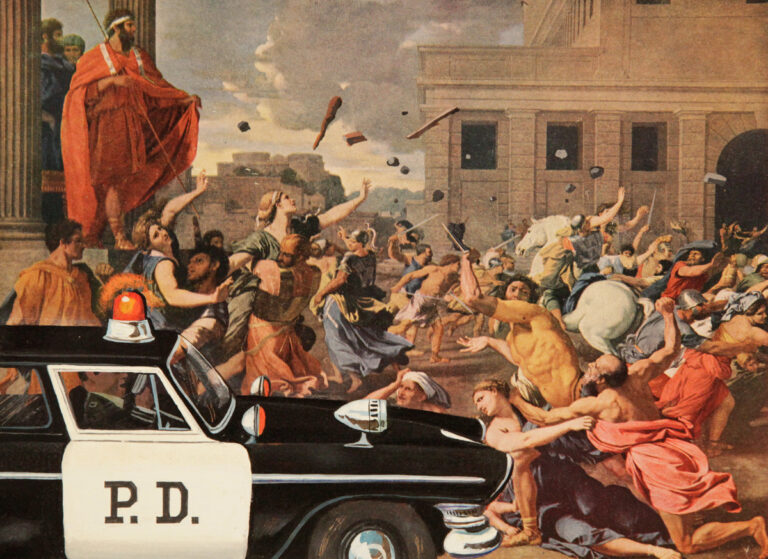 Ward Kimball after Nicolas Poussin, The Abduction of the Sabine Women, 1634, The Met

Playing with the greatest masterpieces by adding to them contemporary elements, like inserting a smartphone into a hand of a Pre-Raphaelite lady, might seem an invention made a couple of years ago. Well, it is not.

Ward Kimball, cartoonist employed by the Walt Disney Company from 1934 to 1972, did it already in the 1960s. When he wasn't working on Jiminy Cricket or the Mad Hatter and the Cheshire Cat, he liked to insert incongruous details onto prints of well-known masterpieces. What a Pop Art thing to do.

All following images come from this book, which was first published by Simon & Schuster in 1964 when Ward was 50, in which he affectionately played with 60 famous paintings unveiling his eccentric sense of humour. A foreword to the first edition wrote artist Walt Kelly who had been close friend and a fellow animator of Ward’s at The Walt Disney Studios. He wrote:

“For the fact of the matter is that Mr. Kimball is a master finisher. He finishes what others have started. Any bull can charge into a china shop, but the bull in this book ends the job.”

Kimball’s parodies show Blue Boy as a bearded Beatnik, Whistler's Mother watching the telly, and Vincent Van Gogh’s Sunflowers stuck into an empty VAT 69 Whisky bottle. Typically for Pop Art, many of the altered images commented on the hyper-consumerism dominating American mass culture, others were clear political statements, but a lot of them was simply made to make us laugh.

Interestingly enough, Banksy's series of the so-called “subverted paintings” exhibited for the first time at the Bristol Museum in London in the summer of 2009, recycled the Duchampian idea reprised later by Kimball. He edited famous masterpieces and his paintings have been hailed as ingenious and original. But were they, really?