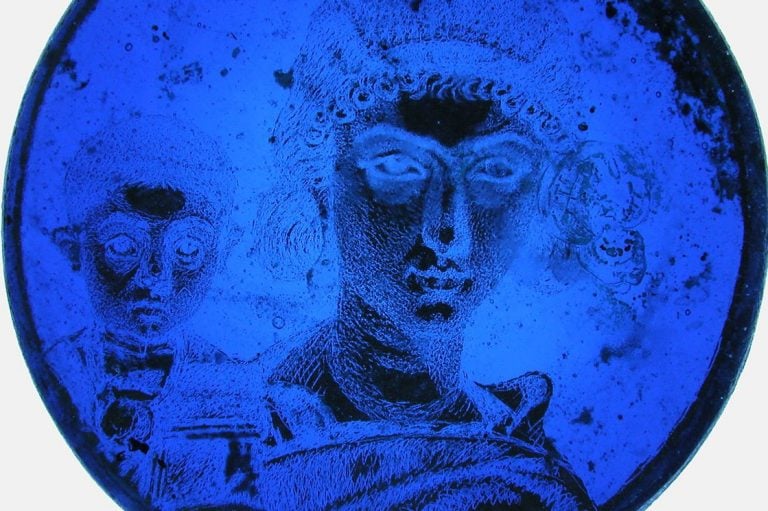 Ancient roman glass objects were functional and decorative beauties. Roman glass artisans experimented with glass-making techniques and applied innovation to take the art of glass-making even further. The Roman glass industry contributed to the increased distribution and trade of glass throughout the ancient world. Glass shifted from a luxury item to everyday object, yet retained its decadence. Take a brief journey through the history and types of Roman glass objects.

The Origins of Glass

Aside from naturally occurring volcanic glass known as obsidian, the first man-made glass dates back to around 3500 BCE in Mesopotamia. It is thought that human’s discovery of glass was accidental. The ancient recipe for glass combined raw materials: silica (sand quartz), soda ash, and lime with fire. The Phoenicians were the original glass makers. They developed the craft that eventually spread from the Near East to Egypt and the Mediterranean regions. The Egyptians embraced this new medium, creating stunning, colorful glass works with swirling, psychedelic patterns. They produced mostly decorative glass objects such as beads, beakers, bottles, and vases. During the Hellenistic period, glass was considered a luxury item and only the wealthy could afford it. The Romans later drew inspiration from Hellenistic glass makers, taking the craft even further following the invention of glassblowing.

The Transformation of Glass Objects

Although the Phoenicians are thought to have invented glassblowing as a technique, it was the Romans who created innovative glass objects using this method. Glassblowing is a more flexible and efficient technique that takes less time to produce quality glass objects. Roman glass workers worked with an array of different colors and patterns. Marbled glass imitated the patterns found in natural stones. Lace, striped and spiral patterns were also popular in glass vessels. Snake thread decoration was the application of trailed glass in a serpentine design. Furthermore, glass became more translucent during this time and artisans were able to get more creative with their designs. Glassblowing also led to the mass production of glass objects, making it accessible to all classes of people. Glass jewelry was an inexpensive alternative to precious gemstones. However, luxury glass objects continued to be produced to quench the appetites of the elite.

Glass continued to be a highly valued material despite its affordability during the Roman Empire. Only the very wealthy could afford certain glass objects, such as cameo glass and cage cups. Cameo glass is a decorative, multi-layered, carved glass ensemble. Figures of gods and goddesses were popular motifs.

Vasa diatreta or cage cups were time-consuming works of art and a staple of lavish Roman banquets. These spectacular glass goblets consist of a glass vessel surrounded by a lattice pattern cage of glass circles.

The Lycurgus Cup is the most impressive example of this type of glass vessel. The glass itself presents a magical transformation of color depending on the angle of the light. It appears a hazy, jade green in ordinary light but when lit from behind, an amber red is revealed. The most prized glass of the Roman elite was Alexandrian glass. This was a crystal-clear, colorless glass often used to make windows. Recent archaeological studies indicate that, despite its name, this type of glass actually originated from Egypt.

The Romans created several types of glass objects from everyday dinnerware to unique vessels. Perhaps the most interesting are the ”tear bottles” or lachrymatory. According to legend, these small glass vessels were symbolic and stored the tears of mourners who lost a loved one. The more tears saved proved how deeply someone felt for the lost or deceased. Many of these Roman tear bottles have been discovered in tombs. Other uses for these glass vessels could have been to store perfumes, oils, or tinctures.

Another creative design of glass vessels were flasks in the shape of animals. Animal symbolism was revered in ancient times and many Roman artisans were inspired by the natural world. Fruits also served as inspiration. Head flasks were another popular design during the Roman period. Mythological figures or divinities likely inspired these pieces.

Roman glass makers melted down the raw materials to make glass. Once the glass cooled and hardened, they broke it down into pieces to be transported throughout the Mediterranean region. This material was then sent to glass workers who re-melted the glass back to its liquid state to make a variety of glass objects. These glass makers and workers were anonymous laborers who played an important role in the Roman glass industry.