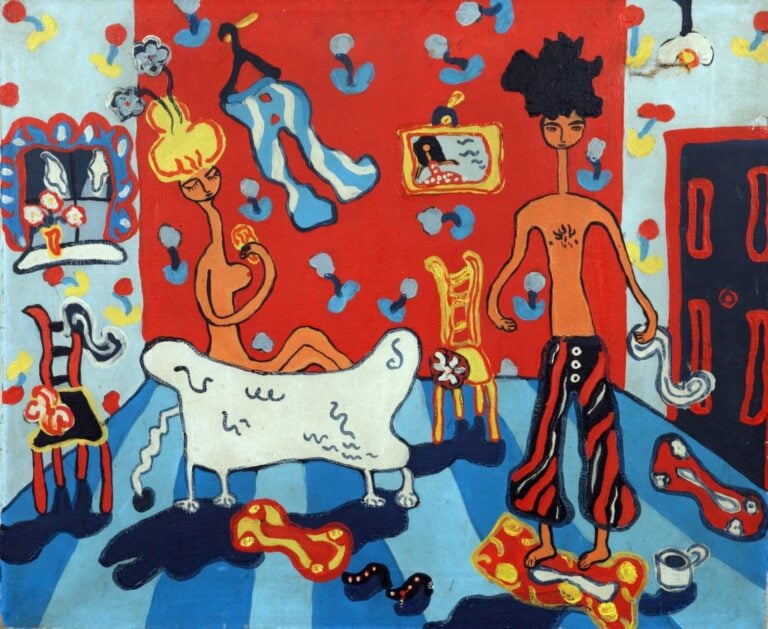 Pegeen was Peggy’s second child with her first husband Laurence Vail. She was born in Switzerland, and spent a lot of time away from her mother, especially after Peggy and Laurence had split. She studied in England and France, but in 1941 she went back with her mother and her second husband Max Ernst to the United States.

Although Peggy loved her daughter and admired both her fragile and delicate beauty, as well as her art, they never had an exemplary relationship. They couldn’t understand each other and would often argue. Moreover, Pegeen suffered from depression from her adolescent years and the lack of attention from the side of her mother whom she admired, might have been one of its causes.

In the US she met her first husband, French painter, Jean Hélion, who was among the first artists to introduce abstraction to the United States. They married in 1946 and had three children. They moved to Paris, but after 10 years they divorced. A year later, she met her second husband, the English painter Ralph Rumney, whom Peggy detested. They had one son.

Peggy promoted her daughter’s art from the beginning, however there never was any kind of nepotism- Pegeen was admired by all, her style a combination of naive and Surrealist art. She exhibited across Europe and the US, and was friends with the majority of the modern artists of her time. Although her works seem cheerful and carefree, one can sense in them a second lining of melancholy and sadness. Pegeen, who never had a happy family, tried to make it up in her paintings, where everyone seems happy and loved.

She tragically died in 1967: she was found dead in her apartment having overdosed the medication. Her mother never accepted it could have been a suicide.