When Earth Is A Polka Dot 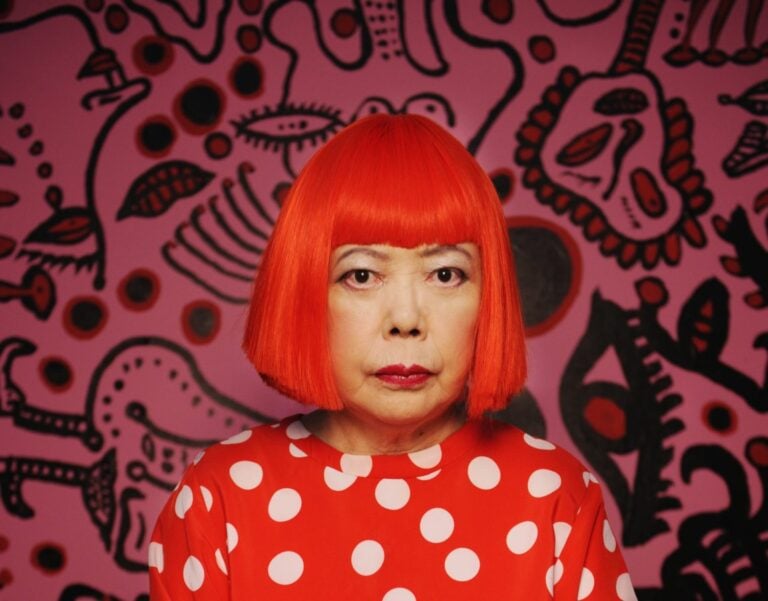 Yayoi Kusama is a Japanese contemporary artist who works primarily in sculpture and installation, but is also active in painting, performance, film, fashion, poetry, fiction and other arts. During the 1960s she was a part of the New York avant-garde scene, especially in the pop-art movement.

Born in 1929  into an affluent family of merchants who owned a plant nursery and seed farm, Kusama started creating art at an early age and began writing poetry at age 18. Her mother was apparently physically abusive, and Kusama remembers her father as “the type who would play around, who would womanize a lot”. The obsession with sex is an important side of her works.

When she was ten years old, she began to experience vivid hallucinations which she has described as “flashes of light, auras, or dense fields of dots”. These hallucinations also included flowers that spoke to Kusama. Patterns in fabric that she stared at coming to life, multiplying, and engulfing or expunging her, a process which she has carried into her artistic career and which she calls “self-obliteration”. She was reportedly fascinated by the smooth white stones covering the bed of the river near her family home, which she cites as another of the seminal influences behind her lasting fixation on her famous dots.

In this video Kusama talks about her life, how her parents were against her becoming an artist and how she decided to go to New York because she wanted to compete with the best artists. She also describes her working process and how she is always surprised by the result.

Interview was conducted by Christian Lund for Louisiana Museum of Modern Art, London, in February 2011.