Where Is Van Gogh’s Biggest Art Collection Outside of Amsterdam? In the Kröller-Müller Museum! 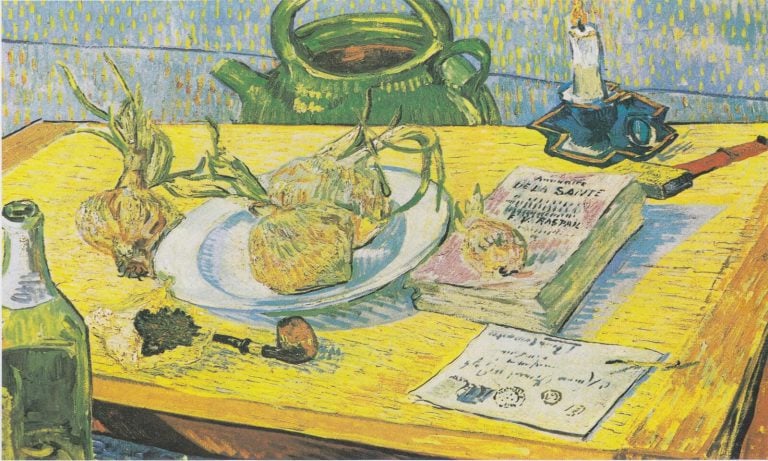 The Kröller-Müller Museum in Otterlo, Netherlands, is home to the second largest collection of works by Vincent Van Gogh (1853-1890) in the world; the first being in his namesake museum in Amsterdam. It raises the question, why does the Kröller-Müller museum own so many?

Listed below are some of the most interesting and/or beautiful works of art from the Kröller-Müller Museum's Van Gogh collection, alongside facts about the connection between the Kröller-Müller matriarch and the 19th century artist.

Although Van Gogh is now known as one of the best painters in art history, his work was not sought after until after his death in 1890. Painting was not a financial windfall for Vincent. However, after his death, one collector saw more in his art, calling him, "one of the spirits of modern art." But what does a German shipping heiress and Vincent Van Gogh have in common?

Helene Kröller-Müller (1869-1939), is credited with being one of the first art collectors to recognize Van Gogh's artistic genius, as well as the man behind the canvas.

Between 1908-1929, under the artistic vision of Helene, her family purchased at least 91 paintings and over 180 sketches.

The Dutch artist painted close to 900 works over a 10 year span, not to mention his sketches. Ranging from landscapes, portraits, and still life paintings: Helene Kröller-Müller was on a personal mission to collect as many of his works as possible, under the artistic advisement of H.P. Bremmer.

Part of Helene's attraction to the artist's works stemmed from her own personal spiritual journey, something partly encouraged by Bremmer. The artist's personal letters helped Helene to define her own spiritual beliefs as she left her parent's home to start her own family. She is quoted as saying:

"Vincent's letters helped to raise me up in that respect. They taught me that a path, an independent path, must be slow but as a result more wonderful."

The art collector saw a little of herself in the artist's life. Eva Rovers states that:

"It was this recognition that increased her fascination with [his] paintings. He, too, had freed himself from a faith and its attendant rituals that had become bourgeois...[I]t was that decision not to paint religious subjects but to search for the true faith in daily life in nature that held such an appeal for Müller..."

- Eva Rovers, He Is the Key and the Antithesis of so Much: Helene Kröller-Müller's Fascination with Vincent Van Gogh, pp. 264-65.

Before the Kröller-Müller national art museum opened, Helene showcased her purchased paintings and drawings throughout her home and family business. She also made a name for herself by opening up the works to the public. Providing the opportunity for the everyday man to view her art collection was a move on her part in establishing a "cultural monument" with which to leave the Dutch nation.

Collecting Van Gogh's art was not part of a single-minded focus on Helene's part. Rather, the art spoke to her which is why she found herself collecting it at such an astronomical rate. So many of her purchases translated into Van Gogh's works being highly sought after at other auctions throughout Europe.