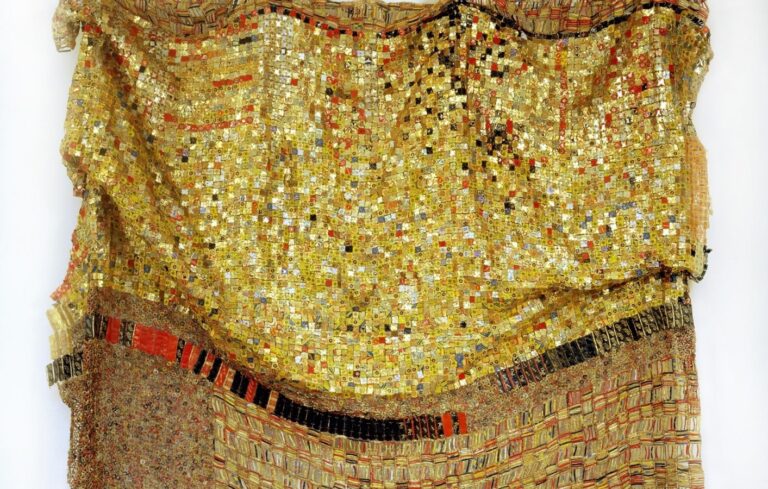 People often say that contemporary art is trash. But, can we turn the equation the other way and make trash art? El Anatsui's grand installations show that in contemporary art everything is possible, and it can be even beautiful and striking with craftsmanship!

What Is It Made Of? 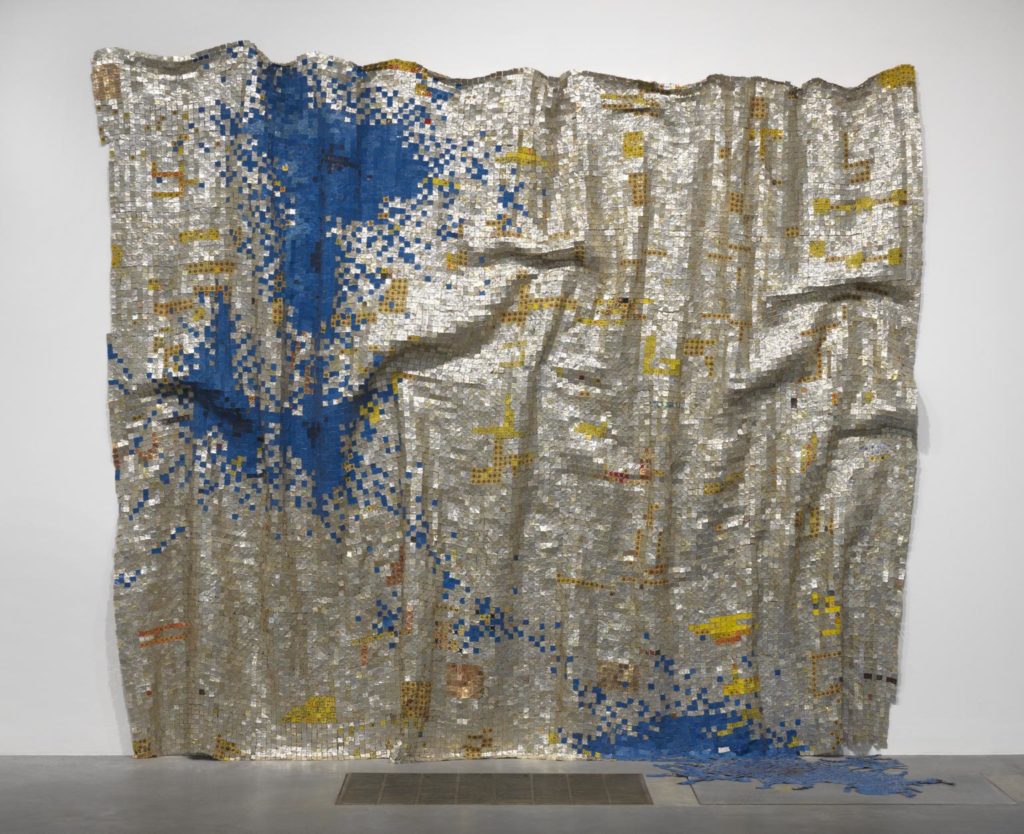 Ink Splash II 2012 El Anatsui, purchased with funds provided by the Africa Acquisitions Committee 2015, https://www.tate.org.uk/art/work/T14331[/caption] El Anatsui uses trash, elegantly called found material, as well as natural elements to compose his grandiose installations. One can find in his works objects that range from milk tins, bottle caps, riftwood, iron nails and printing plates. His use of recycled materials is not arbitrary. Anatsui wants to highlight this way the problems of the global consumerism to point out that there still are places in the world where people have to re-use out of necessity. 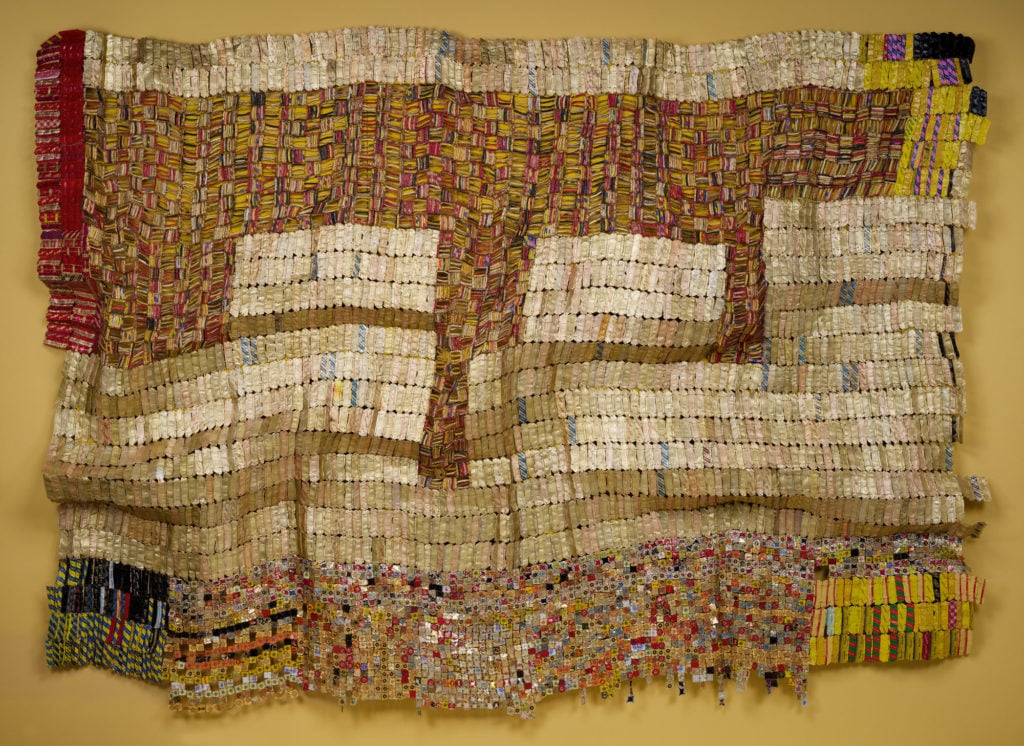 El Anatsui, Between Earth and Heaven, 2006, ©El Anatsui. Courtesy of the artist and Jack Shainman Gallery, New York[/caption] Anatsui considers himself both: although his works are installations which may be closer to scupture, they don’t have a fixed sculptural form, moreover, he essentially ‘paints’ the pattern with the varying colours of the bottlecaps. Robert Storr from Art News said that El Anatsui demonstrates that the smallest bits of scrap metal can map fields of colour and texture as lovely as a painting by Georges Seurat. Others have compared his works to mosaics, paintings by Gustav Klimt, or to traditional Ghanaian kente cloth. [caption id="attachment_9209" align="alignnone" width="976"] 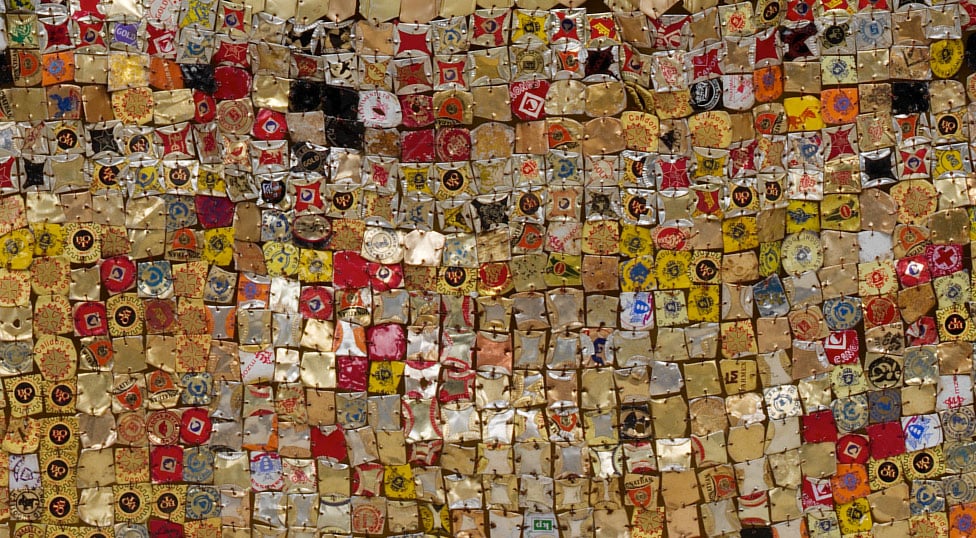 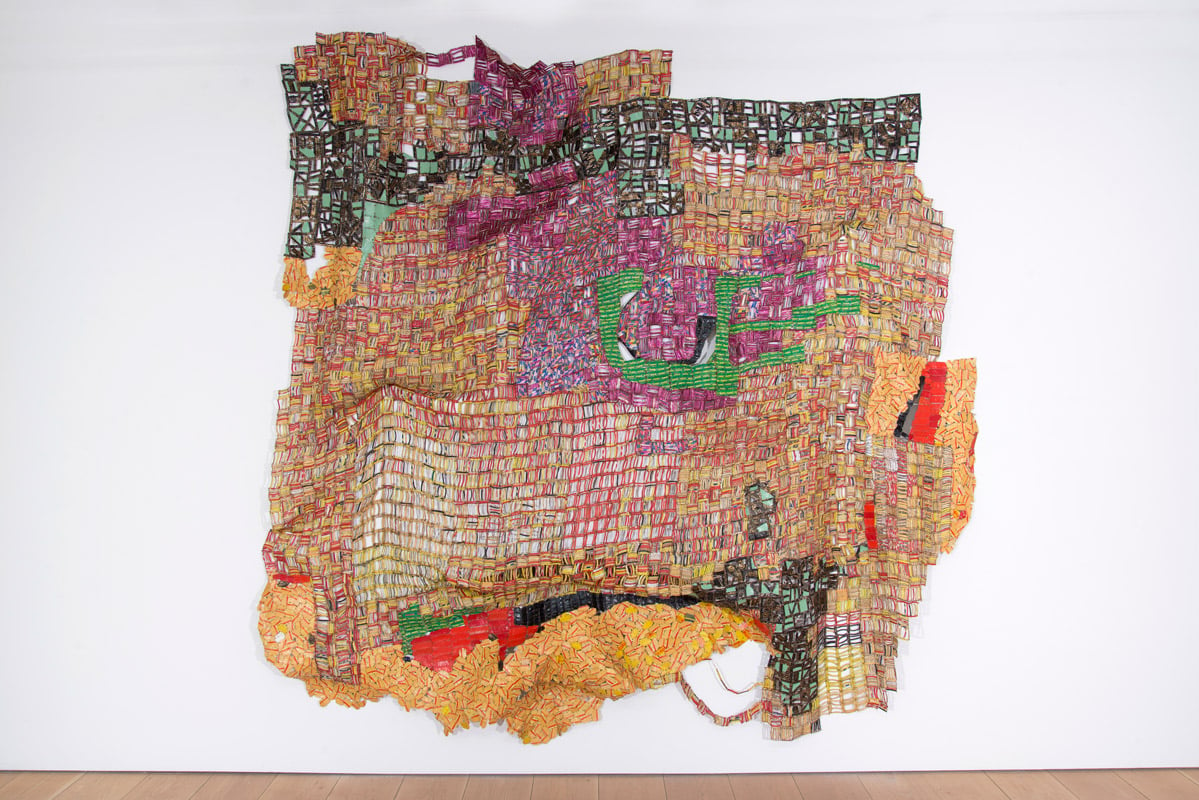 El Anatsui, Trova, 2016, Jack Shainman Gallery[/caption] Born in 1944, in Anyako, Ghana, El Anatsui studied at the College of Art, KNUST, in Kumasi, Ghana. Nowadays he lives and works between Ghana and Nigeria. However, as his art has become more renown internationally, he began travelling and exhibiting all over the world, in places like London, New York, Osaka, Florence, Toronto. In 2016 he was awarded the Golden Lion for Lifetime Achievement at the Venice Biennale and a year later he received the Praemium Imperiale, being the first Ghanaian to win the international art prize. Curious about other African-born artists? Check the article about modern grasp on Rococco.