The Static World In Motion of Eadweard Muybridge 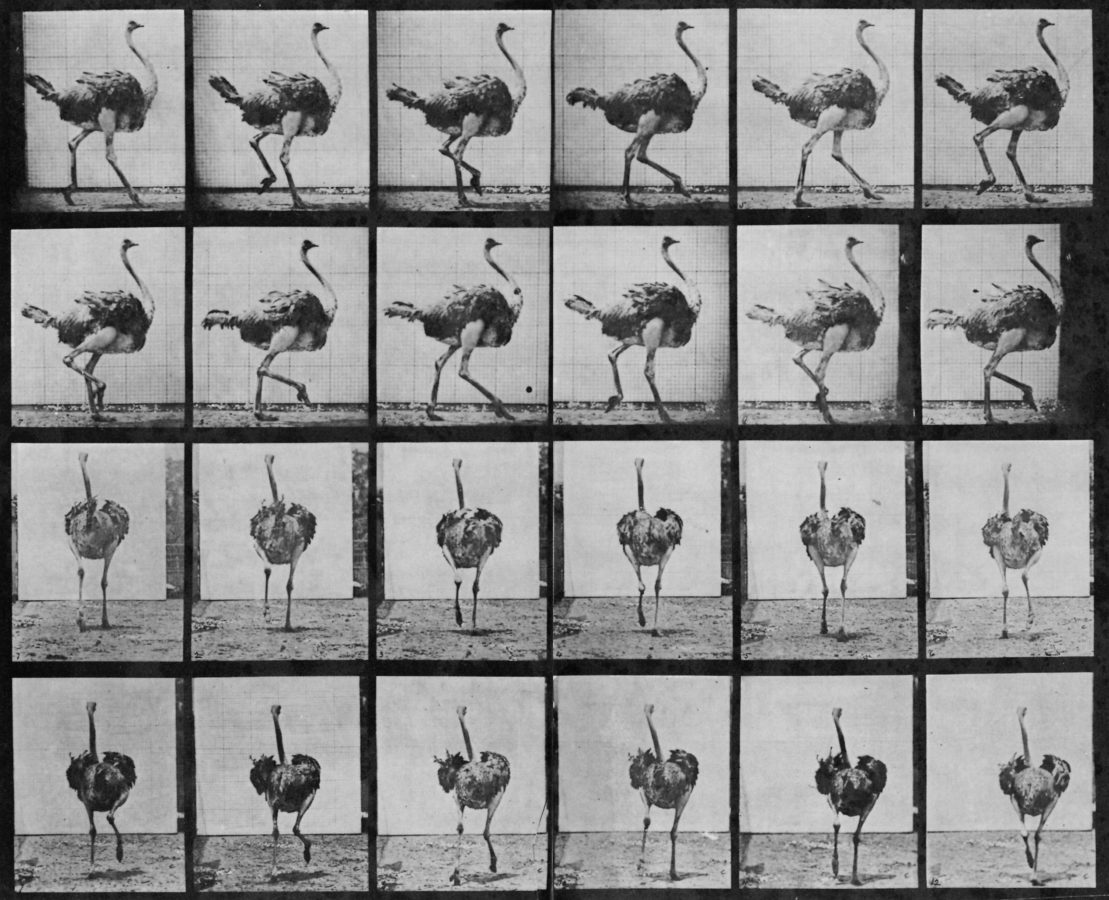 Eadweard Muybridge was a 19th century photographer who proved that horses can fly. Today Muybridge is famous for his pioneering work on animal locomotion in 1877 and 1878, in which he used multiple cameras to capture motion in stop-motion photographs. He also constructed zoopraxiscope, a device for projecting motion pictures that pre-dated the flexible perforated film strip used in cinematography.

Muybrigde’s first photographs of the horses in motion were taken in 1872 while the first motion sequence photographs were taken in the year of 1878 when a millionaire Leland Stanford asked him to investigate animal locomotion as a phenomenon in itself. Muybridge set up a battery of 12 cameras at Palo Alto and developed a set of electro-shutters and timers.

In the 1880s, Muybridge begun to work for University of Pennsylvania in Philadelphia and produced over 100,000 images of animals and humans in motion, capturing what the human eye could not distinguish as separate movements – this is how he proved that horses can fly.

Having looked at how animals moved, Muybridge started to photograph humans. He was the first to photograph the human figure in motion on March the 4th, 1879, however he didn’t focus on the human body until his contract at Pennsylvania University began in May 1884, resulting in two volumes of work dedicated to photographs of human subjects.

Here they are – some of the Muybridge’s most famous photographs. Enjoy! 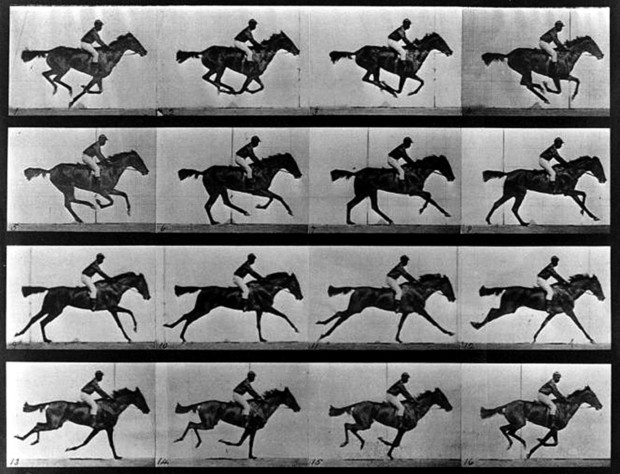 The gif animated from Muybridge’s Horse in Motion, 2006 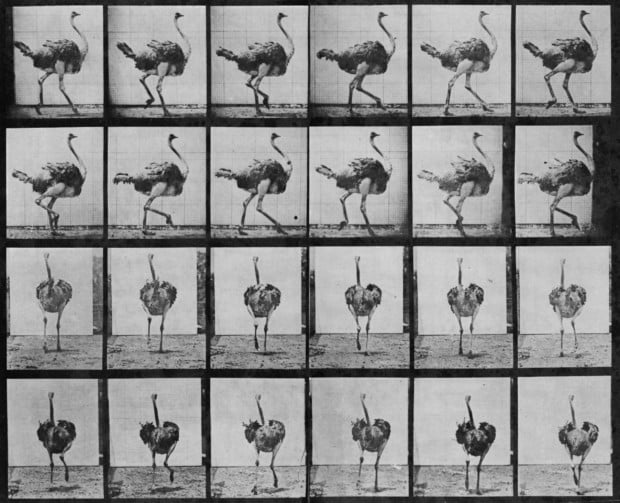 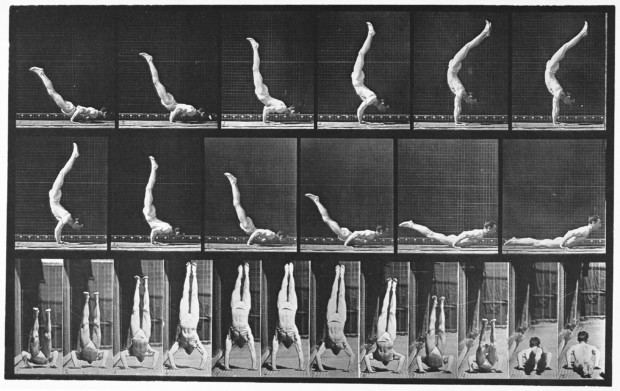 Eadweard Muybridge, Woman turning around in surprise and running away’, Plate 73 from Muybridge’s Human Figure in Motion., USC Libraries 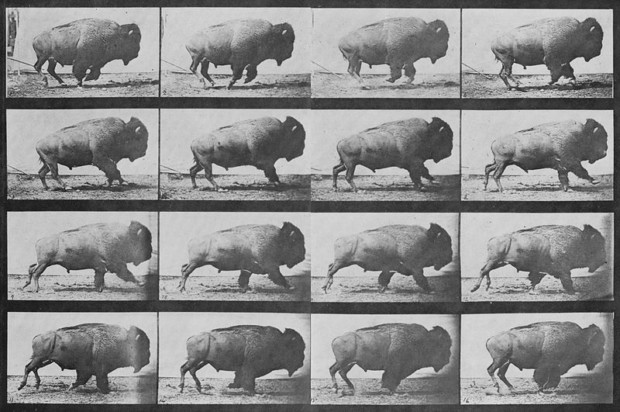 If you find any joy and inspiration in our stories, PLEASE SUPPORT
DailyArt Magazine with modest donation. We love art history and we want to keep going with writing about it.
$5 $10 $25 $50 $100 MONTHLY
Related Topics:photography