The Innocents of Florence. A New Documentary by Davide Battistella

A 600-year-old painting leads two art conservators in Florence on a journey that sheds light on the story of the hundreds of thousands of children who were abandoned, and the women who saved them. The Innocents of Florence, the new documentary by Italian Canadian filmmaker Davide Battistella, has its premiere today in Florence. 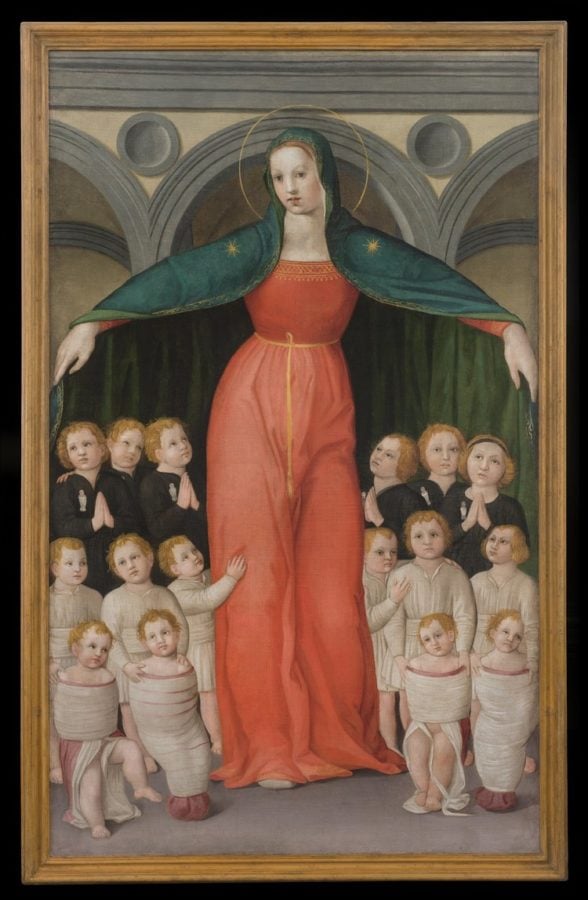 A Restored Painting with a Story to Tell

Modern-day Florence attracts more conservators than artists. Since the Arno’s tragic flooding in 1966 – when Florentine women first began wearing trousers in public – it has steadily grown to be a women-dominated profession. The Innocents of Florence follows two conservators, Nicoletta Fontani and Elizabeth Wicks, as they set out to salvage the mysterious painting Madonna of the Innocents, a restoration sponsored by Dr. Jane Fortune, known in Florence as ‘Indiana Jane’ for her work as founder of the organization Advancing Women Artists. The restoration of the painting, created as the banner for the Innocenti Institute in 1446, triggered numerous discoveries. It became the catalyst for this 90-minute feature-length documentary that explores art, motherhood, Florentine humanism and how a progressive-thinking Renaissance society created one of the first Children’s hospitals in the world. 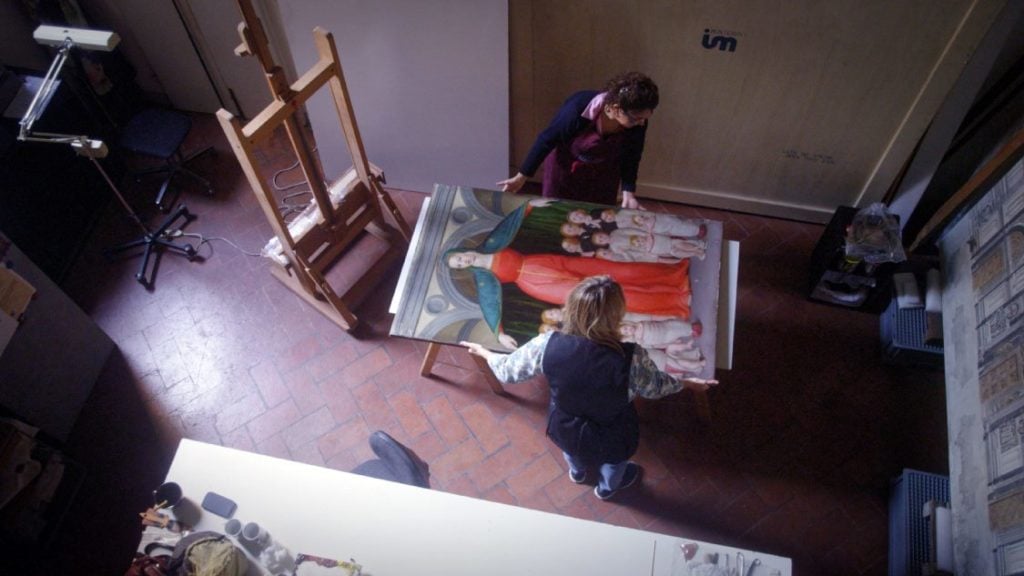 AVA Foundation conservators at work. Photo by Davide Battistella[/caption] The conservation of Madonna of the Innocents was commissioned after Jane Fortune and Elizabeth Wicks became curious about the young Madonna figure depicted in the work at Florence’s Museum of the Innocents. They were particularly intrigued by her facial expression. It seemed she was hiding a secret. The 'hunch' these women had that day in the museum led to what turned out to be the "greatest discovery of my career," says Wicks, who, with fellow conservator Nicoletta Fontani, spent close to 30 months preparing the work for display in the Innocenti, which boasts one of the rarest collections of children’s history in the world. https://vimeo.com/311047449 Cinema Premiere in Florence will take place on May 17, 2019 at Cinema La Compagnia, followed by 6 days of further screenings.