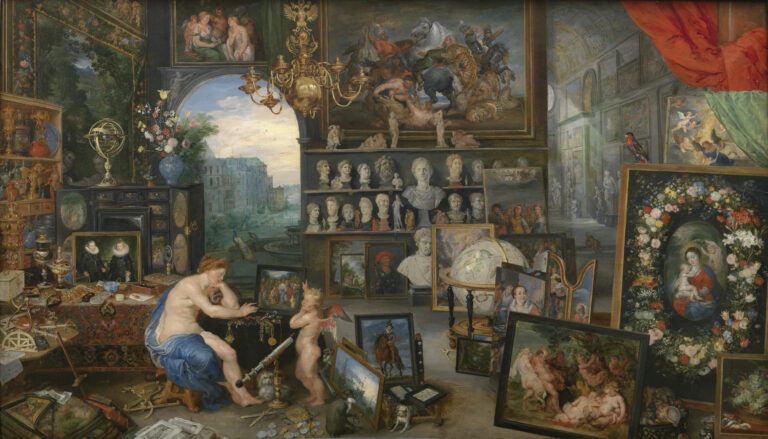 How to show our sensual experiences visually? The human senses made out one of the most appealing subjects for European painters, especially that since the Middle Ages they had rather negative connotations, being considered as lustful and hence leading to sin. And as we all know, forbidden fruit is the sweetest. See the senses in painting!

The senses were initially represented symbolically in genre scenes. For example, Dutch painters used the biblical story of the prodigal son, who was illustrated in crowded inns drinking and smoking, in order to warn the viewers of the trappings that the joy of the senses prepares. It was also a good excuse to present a skill in capturing facial expressions and still lifes, something that was very popular in the Netherlands. We can see examples of such paintings in Simon de Vos and David Teniers the Younger.

The theme was especially popular in Flanders and the Netherlands of the 17th century. Old masters specialized in large-format allegories and small cabinet picture cycles. The French also liked the theme, but their approach was different, since the 1620s/30s they interpreted the theme in still-life painting. The examples can be seen in the oeuvres of Jacques Linard and Louise Moillon who were associated with a group of Protestant artists in Paris.

From the 17th to 19th century, the allegorical was gradually displaced by the narrative. Works by Philip van Dijk, Luca Giordano, Gerard de Lairesse, or Jacob Duck showed people having fun, playing music, flirting. Although they still conveyed the concealed allusions to the individual senses, nobody knew whether they were made for edification of the viewer, or for a simple joy of looking at them.