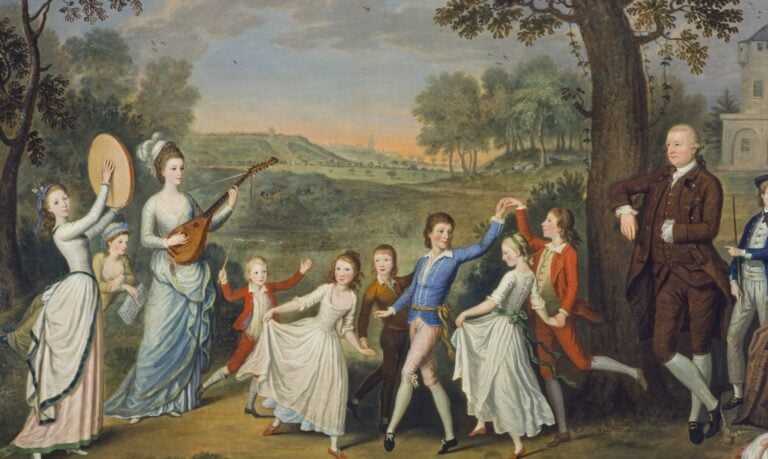 If you like historical paintings and portraits, this article is for you. Today I want to introduce you to the Scottish painter David Allan who is known for these genres of painting.

David Allan, Self Portrait, 1770, Royal Scottish Academy of Art & Architecture[/caption] David Allan was born in Alloa in central Scotland in 1744. After studying at Foulis's Academy of Fine Arts in Glasgow, Allan gained support from two sponsors and moved to Rome. One of his best-known works is the painting shown below, The Origin of Painting, depicting a Corinthian virgin drawing a shadow of the lover. It is a common allegory used in the history of art and thanks to this work in 1773 Allan received the gold medal of the Academy of San Lucas. [caption id="" align="aligncenter" width="824"] 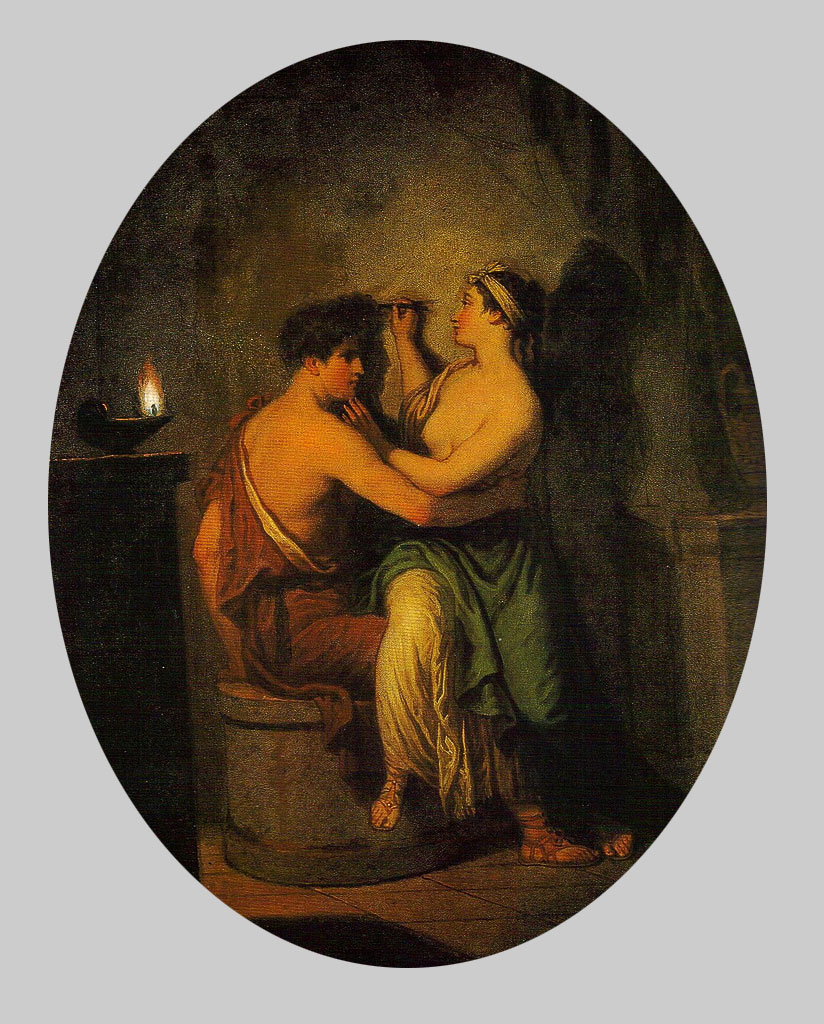 David Allan, The Origin of Painting ('The Maid of Corinth'), 1775, National Gallery Scotland[/caption] The Uncultivated Genius is another example of well-used meta-language. It shows a painter (probably Pietro Fabris) painting Vesuvius at the time of its eruption. While creating an atmosphere of chaos, the atmosphere of home is calm: the woman knits and a child plays on the floor. Portraits fill the room and the child produces a portrait (perhaps of the painter?) on the floor. [caption id="attachment_16584" align="aligncenter" width="698"] 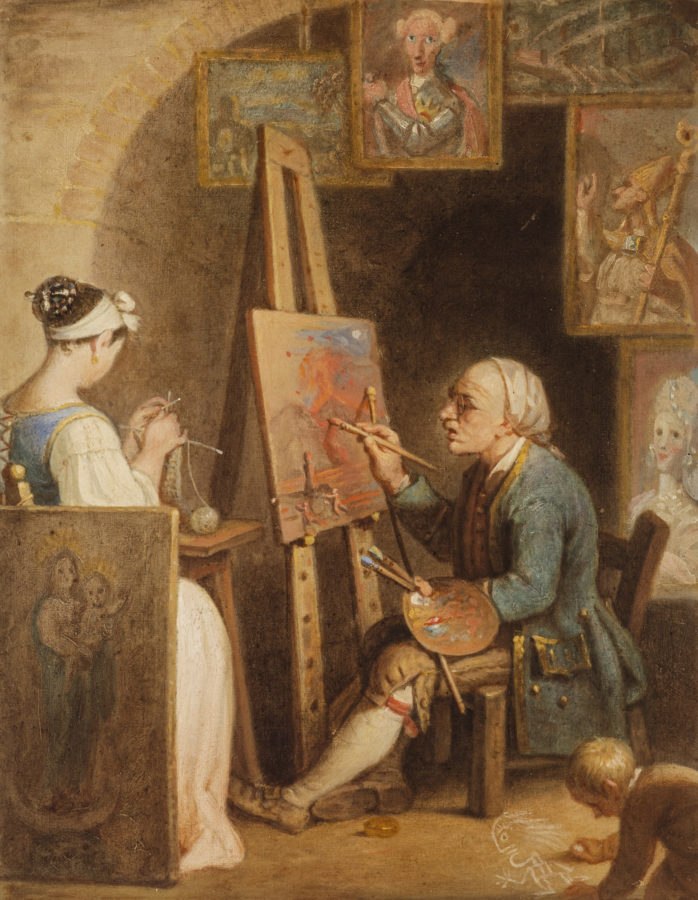 David Allan, The Uncultivated Genius, 1775, National Gallery Scotland[/caption] Another very beautiful portrait of Allan is that of the painter Anne Forbes, who was also Scottish and completed her artistic education in Rome. The portrait of Forbes is a beautiful composition because Allan manages to capture the artist the way she is: not helpless and fragile, but an independent and strong woman who knows her worth. I love Anne's look on this painting, she looks so confident! Her serene face corresponds well to the agility we suspect she has in her hands. Note that Allan chose to represent Anne at work and not simply as a passive model. [caption id="attachment_16577" align="alignnone" width="742"] 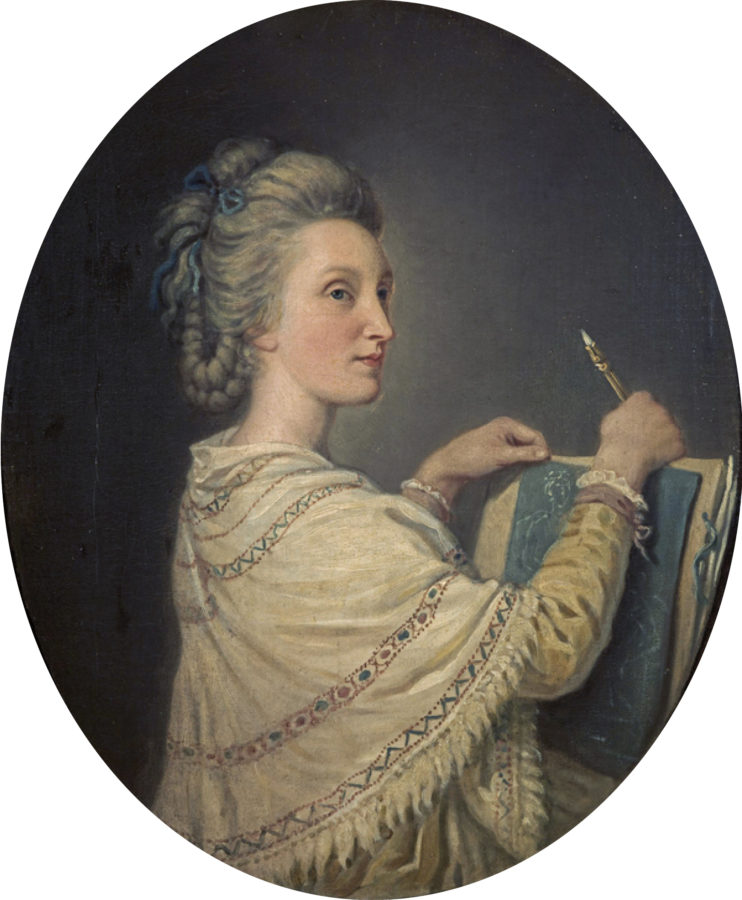 David Allan, Anne Forbes, 1781, National Gallery Scotland[/caption] Allan's work also includes illustrations and studies, and the representation of the abbey founded in 1217, Culross Abbey, is an example of his impressive mastery of perspective techniques and execution. [caption id="attachment_16603" align="aligncenter" width="1194"] 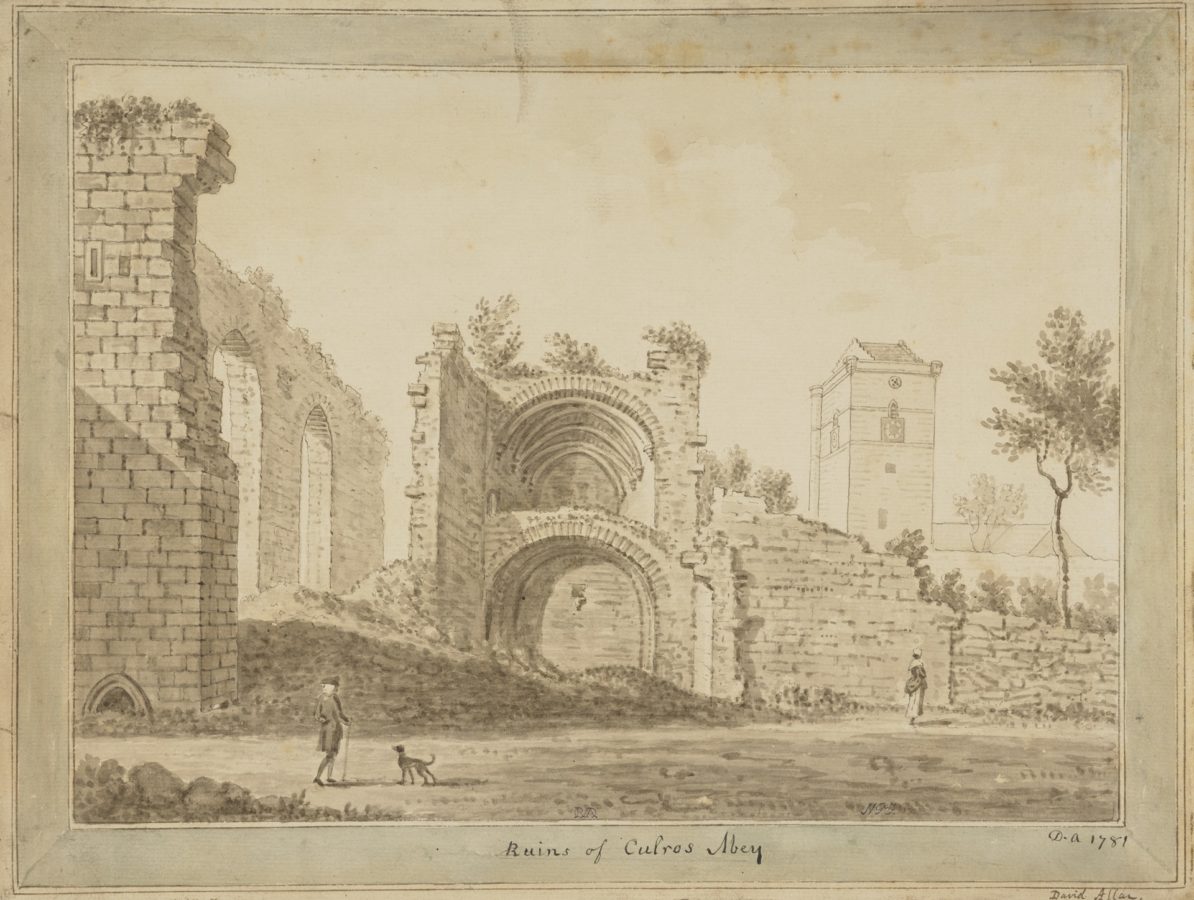 David Allan, Culross Abbey, Fife, 1781, National Gallery Scotland[/caption] He also illustrated the manuscript of the pastoral piece The Gentle Shepherd written by Allan Ramsay. In these illustrations, the humorous side of the painter is evident who with wit portrayed the scenes of the play. [caption id="attachment_16604" align="aligncenter" width="667"] 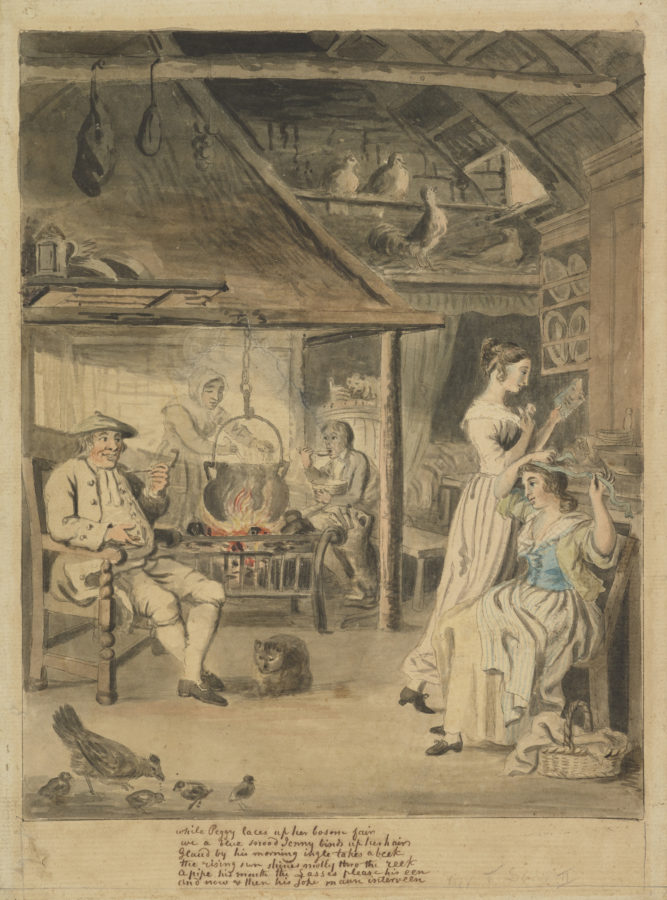 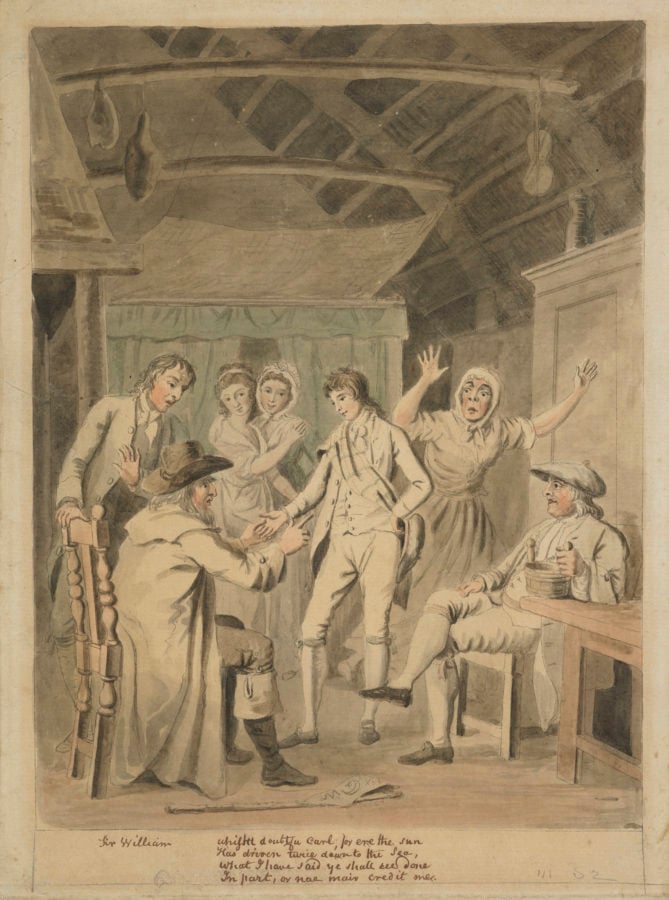 David Allan, Illustration to Allan Ramsay's 'The Gentle Shepherd': Act 3, Scene 2 - Sir William Worthy and Patie, 1788, National Gallery Scotland[/caption] In 1786, Allan was appointed the director of the Edinburgh Academy of Arts, where he became known as the "Scottish Hogarth". He died ten years later at the age of 52 after a lifetime dedicated to painting.

Aesthetics and Romanticism: Scottish Art of the 18th Century 5 Gems of the National Gallery in Edinburgh