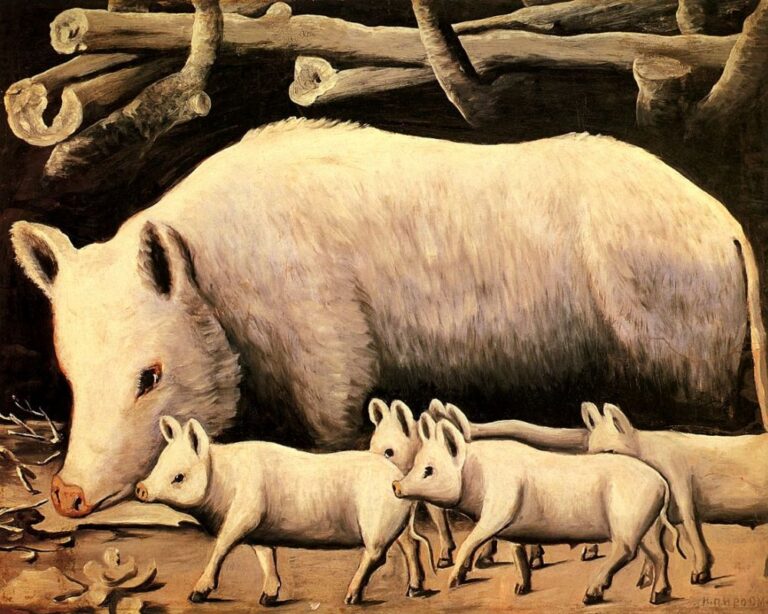 According to the Chinese zodiac, 2019 is the year closing the twelve-year lunar calendar cycle. It's named after the Pig because according to the mythology, it was the last guest to arrive when the Jade Emperor (i.e. first god) or Buddha (depends on the source) called for the great meeting. To pay tribute to this special animal, today I'm dedicating this post to pigs in painting across centuries. Surprisingly, there are quite many of them! 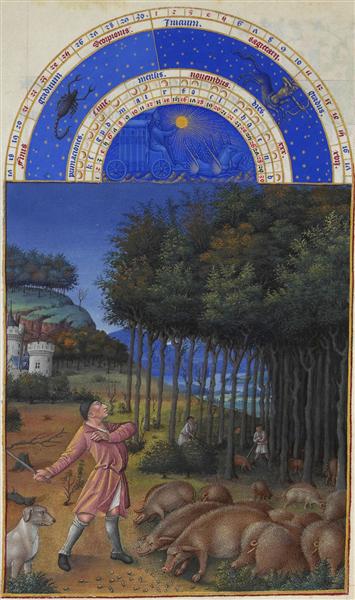 Limbourg brothers, November: Feeding Acorns to the Pigs, series: Très Riches Heures du Duc de Berry, 1413, Musée Condé, Chantilly[/caption] According to the legend, the Pig was late because it overslept, while another version says that a wolf destroyed its house and the Pig decided to rebuild its house before setting off for the party. 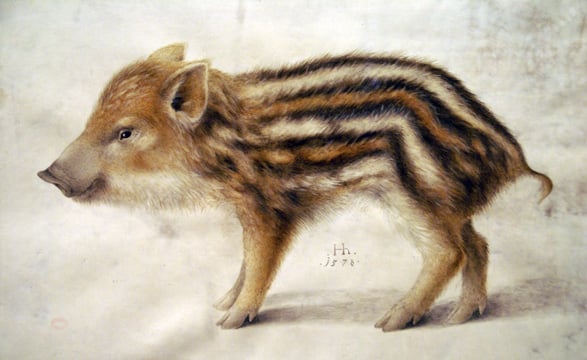 Hans Hoffmann, A Wild Boar Piglet, 1578, private collection[/caption] Although considered a lucky animal which brings fortune and wealth, a pig can also symbolize laziness and clumsiness. This negative trait refers again to the aforementioned legend, according to which pig got hungry so it stopped its journey to the meeting in order to eat and then fell asleep. 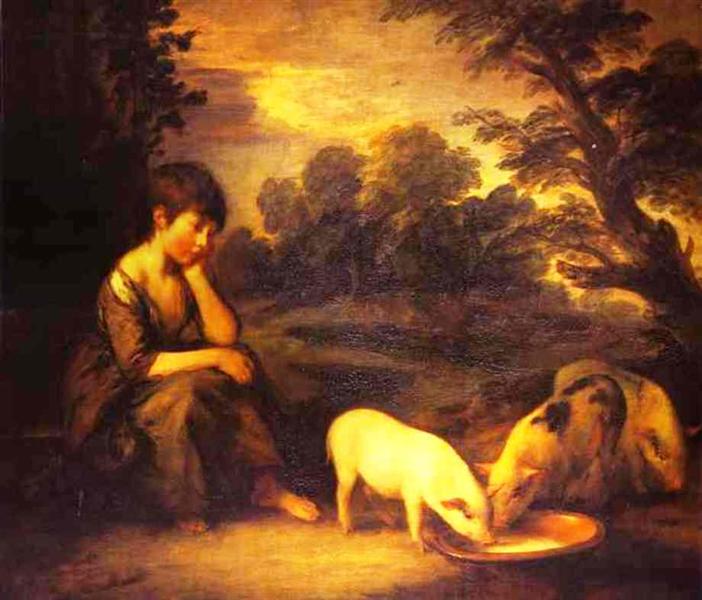 Thomas Gainsborough, Girl with Pigs, 1782, private collection[/caption] Pigs are also said to be a symbol of virility, hence one can find small pig figurines displayed in the bedrooms of couples trying for children. [caption id="attachment_18273" align="aligncenter" width="742"] 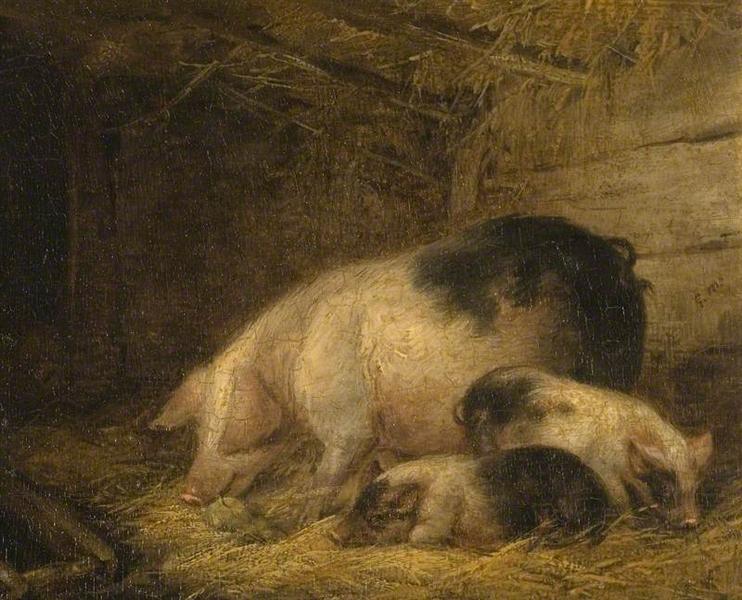 George Morland, Sow and Piglets in a Sty, unknown date, Watford Museum, Watford, England[/caption] The ancient Chinese character "敢" meaning bravery depicts a man catching a pig with his bare hands. It is because in ancient times hunting wild boars was well practised and those who could catch a pig, were considered to be bold and brave men. 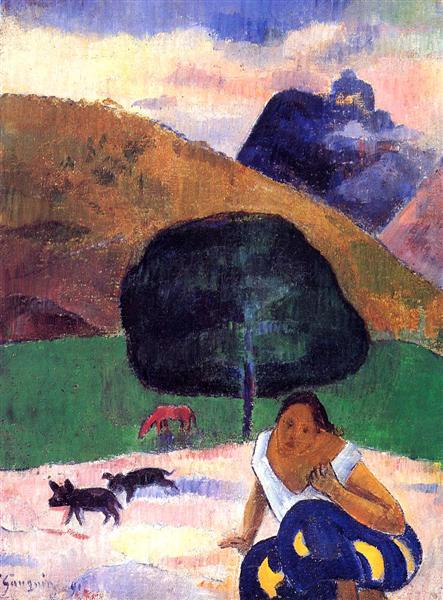 Paul Gauguin, Landscape with black pigs and a crouching Tahitian, 1891, private collection[/caption] In Chinese history, the Pig was also used to refer to the people sold abroad as slaves and laborers during the late Ming Dynasty (1368 – 1644) and early Qing Dynasty (1644 – 1911), for whom it was extremely unlikely to ever return to China. 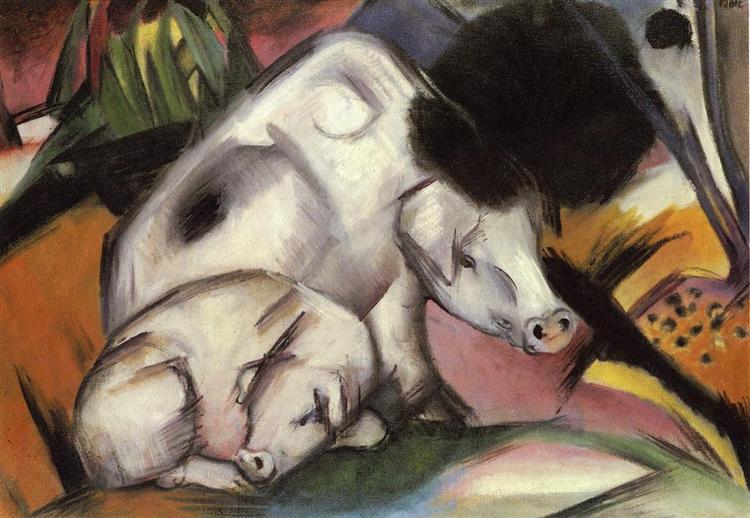 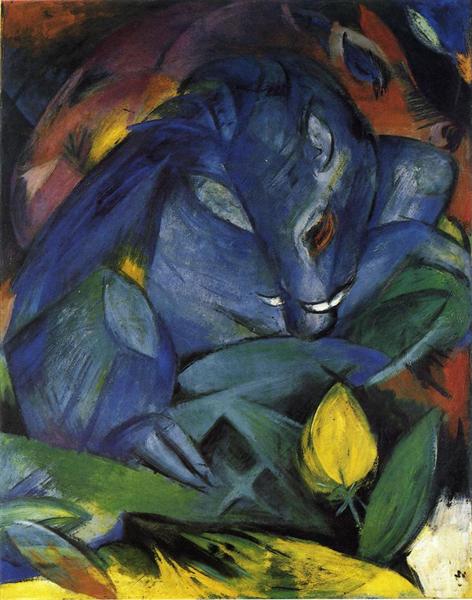