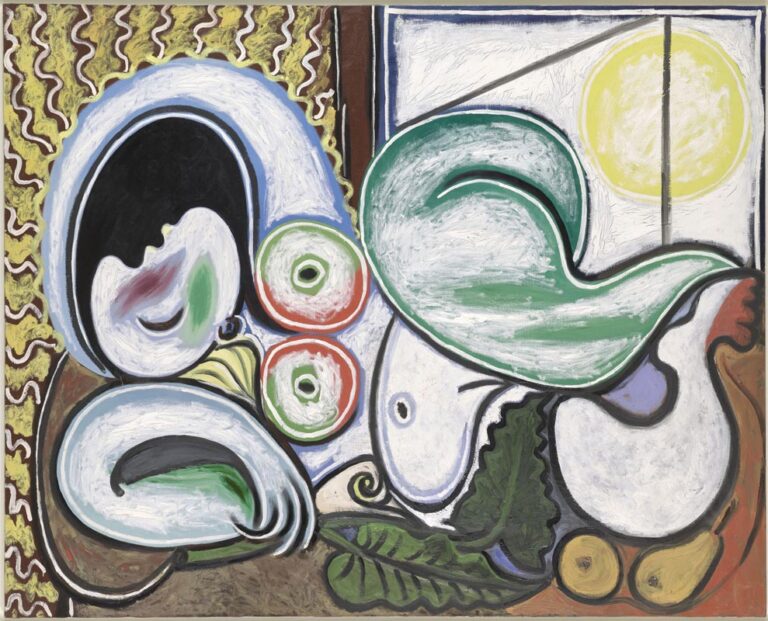 Picasso Metamorphosis curated by Pascale Picard (director of the civic museum of Avignon), opened the autumn season in Palazzo Reale in Milan. The city has already hosted the exceptional exhibition of Guernica in 1953, and more recently, in 2012, a great retrospective of the Spanish genius. The current exhibition presents about 200 works coming from the most important European collections, such as Vatican Museums, Archaeological Museum in Naples, Louvre Museum, or Picasso Museum in Barcelona.

Picasso Metamorphosis is an exhibition dedicated to the multifaceted and fruitful relationship with myth and classical art that Picasso developed during his extraordinary career. The six sections of the show do not follow a chronological order but invite to explore – for the first time from this particular perspective – the intense and complex creative process of the master. Picasso’s works are combined with examples of ancient art, like ceramics, vases, statues, votive plaques, reliefs and idols that have inspired and deeply influenced him.

Mythology of the kiss

Ariadne between the Minotaur and the Faun

The expression of an appropriation of femininity in Picasso’s oeuvre is formalized in a repertoire of recurrent subjects which change with the passing of time and the evolution of his love life. The depictions of women shown asleep and naked, refer to mythological Ariadne, who as the women of the twentieth century, is always presented lying down with the arms posed above the head, exposed and vulnerable.

Through the representation of the mythological figures, like Minotaur or Faun in various formats, Picasso revealed the end of his personal and artistic labyrinth. Feeling half animal and half man, he was aware of the power he exerted over women, being fierce as the Minotaur and exhilarating as the faun.

At the source of antiquity

Contemplating original Greek, Etruscan and Hellenistic art pieces gathered at the exhibition, we discover that their forms were an integral part of Picasso’s pure and modern style. Since an early age, he mastered an academic technique which, however, dynamically evolved through the years of his career. Beside classicizing and aesthetically perfect works, he created pieces where the forms become emotions, with ideas replacing the subject.

Picasso knew how to disturb the viewers, by painting in strokes that narrated movement and expressed emotions, he stimulated their minds and forced them to ask questions.

Woman in the garden (1929) closes the exhibition as a perfect statement for Picasso’s life, which one could call surrealist.

Visiting Picasso Metamorphosis, we learn that for Picasso the mythology was not an archive of meaningless symbols and models serving as a material necessary for creation but a vital archetype, the primal expression of emotions and experience of every man.

Visit the exhibition at the Palazzo Reale in Milan until February 17.