If You’re Looking For A Gift, Check Pablo Picasso’s Ring For Dora Maar 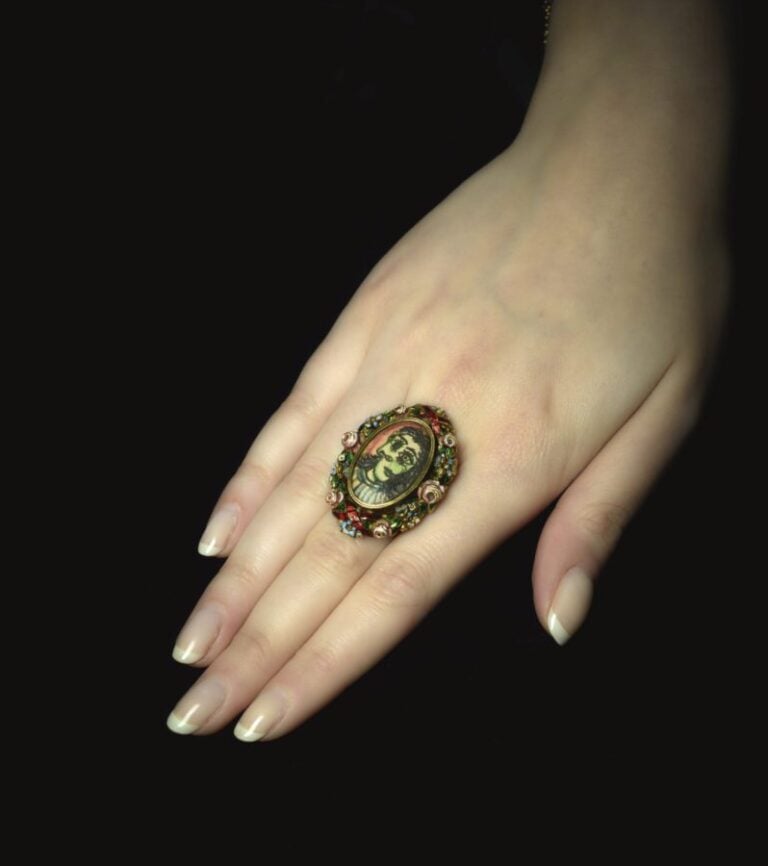 Pablo Picasso and Dora Maar were one of art history’s most dramatic love affairs. Maar, who was a talented photographer, painter, and poet met Picasso in 1936 at the Cafe des Deux Magots. The story of their first encounter was told by the writer Jean-Paul Crespelle, “the young women serious face, lit up by pale blue eyes which looked all the paler because of her thick eyebrows; a sensitive uneasy face, with light and shade passing alternately over it. She kept driving a small pointed pen-knife between her fingers into the wood of the table. Sometimes she missed and a drop of blood appeared between the roses embroidered on her black gloves… Picasso would ask Dora to give him the gloves and would lock them up in the showcase he kept for his mementos.

Now, the evidence of their love – a ring designed by Picasso can be bought at Sotheby’s auction.

The portrait ring was an apology gift. The story, as recounted in art historian James Lord’s 1993 tome Picasso and Dora, goes that the couple had an argument one night because he was unhappy with her for convincing him to trade an artwork for a ruby ring. Incensed, Maar ripped the jewel from Picasso’s finger and dropped it into the River Seine as they walked along its banks.

Both parties regretted the quarrel after, Maar repeatedly—and fruitlessly—checking to see if it had been recovered as the riverbed was dredged. For his part, Picasso crafted this thoughtful ring, titled Bague de forme ovale. Portrait de Dora Maar. It was made at heights of Picasso’s artistic powers, when he was at work at this iconic Guernica canvas, depicting the horrors of the Spanish Civil War.

Picasso was known for being horrible for women. He reportedly made Maar and his previous partner, Marie-Thérèse Walter, literally wrestle for his affections. The artist finally left Maar in 1943, having met Françoise Gilot, 40 years his junior.