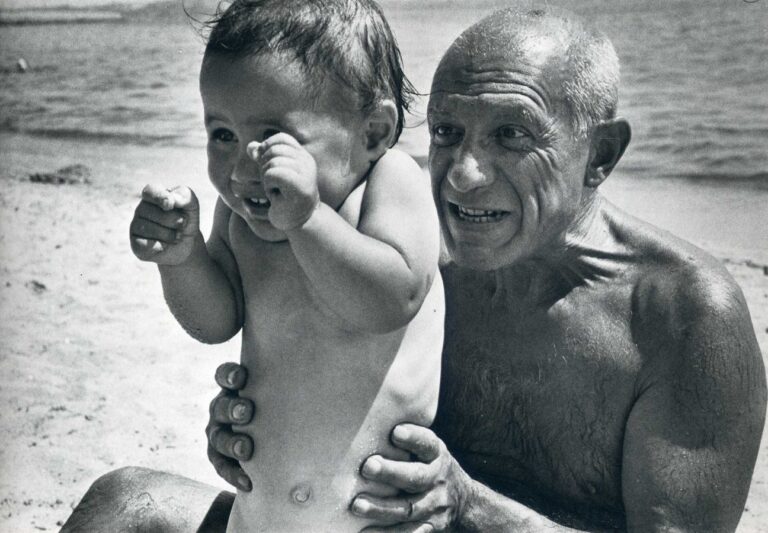 There is never a wrong time to dream about the summer. Who else would like to dive into the Mediterreanean sea together with a painter who just adored going to the beach? If you too need to breathe some refreshing breeze, or feel like going back to the late 1940s just for fun, or just want to look at Picasso’s beach body- keep on reading.

These photos are not a simple documentation of a family’s day on the beach. They are masterpieces in their own right as they were taken by an ingenious photographer, Robert Capa, who’s probably most famous for his outstanding shots of the Spanish Civil War from 1936. In 1947, he founded in Paris a cooperative Magnum Photos together with Henri Cartier-Bresson, William Vandivert, David Seymour, and George Rodger, which was intended to manage work for and by freelance photographers.

Picasso and Gillot met in a restaurant in 1943, when she was 21 and he was 61. Gillot quickly replaced the previous mistress, Dora Maar (of whom you can read here), by the painter’s side. They never married, as Picasso was still legally married to a Russian ballet dancer Olga Khokhlova, but they had two children, Claude and Paloma.

Gillot is a painter and art critic herself (99 years old!) but some scholars say that her career was terminated because of Picasso. When she left him, as apparently he was violent with her, he influenced all the art dealers he knew to stop them from buying her art.

However, let’s get back to these cheerful moments from before the storm, when the couple are still so much in love and they are enjoying a perfect afternoon at the Golfe-Juan, a seaside resort on France’s Côte d’Azur.