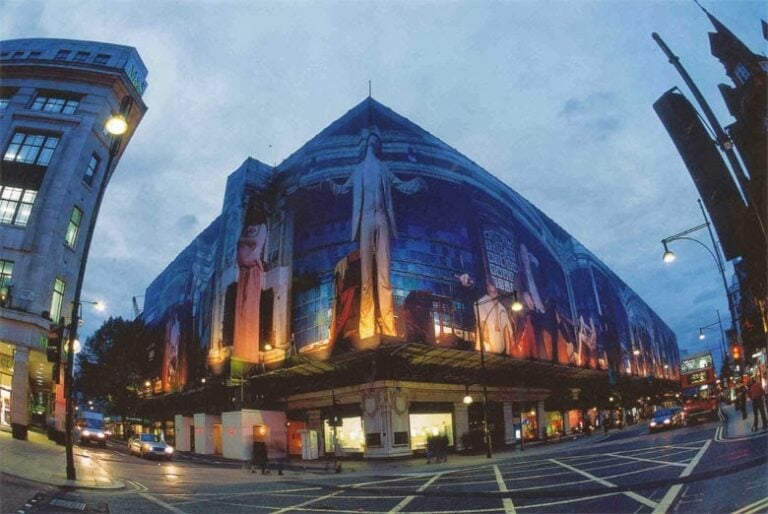 Sam Taylor-Johnson was born on March 4, 1967 in Croydon, London but grew up in Streatham Common in South London. Later on, her family moved to East Sussex where she enrolled at the Beacon Community College. After that, she attended Goldsmiths College and  gained her degree in photography. Sam Taylor -Wood kept her paternal name when she married the art dealer Jay Jopling. After 11 years of marriage, they divorced. Later, Same found love with the actor Aaron Johnson whom she married. Subsequently, she changed her name to Sam Taylor-Johnson and it is under that name that her work is listed in most references.

From Photography to Video Installations

In the early 1990s, Sam Taylor-Wood followed the path of experimentation and she started exhibiting fine-art photography. She soon abandoned this medium to find inspiration in creating multi-screen video installations and short films such as the Method in Madness (1994), the Travesty of a Mockery (1995) at the White Cube gallery, and Killing Time (1998). The short film Travesty of a Mockery plays with the idea of domesticity by presenting a man and a woman having an argument in the interior of a house.

In these early years of her career, Sam Taylor-Wood showed preference for emotionally-charged themes. In the video installation Method in Madness, the spectator is confronted by an actor who performs a nervous breakdown while music is heard in the background. Among the major commissions of that period, Killing Time touches upon the issue of performing classical opera plays. A male or a female actor, casually dressed, pretend to be singing the recording of Richard Strauss’s one-act opera Electra (1909) based on the well-known tragedy by the classical writer Euripides.

Her first solo work was held at the Chisenhale Gallery in September 1996. However, Sam Taylor-Wood’s most spectacular work was her high-profile collaboration with Selfridges and involved the creation of the world’s largest photograph.1 XV seconds was a 900-foot photographic frieze which wrapped around the façade of the Oxford street Selfridges store whilst it was closed for renovation. The massive work displayed the artist’s photographic skills and its perception was based on classical prototypes.

Taylor-Wood was apparently inspired by the arrangement of the Parthenon marbles in the British Museum.In her work, she replaced the Greek gods with a series of celebrity actors, models, and musicians.  The depiction of 21 figures from modern culture was supposed to convey the feelings of excitement and pleasure to the customers who visited Selfridges each year. On the mural the figures included, among others: singer Elton John, guitarist Alex James, actors Ray Winstone and Richard Grant and, models Jodie Kidd and Alex Wek.

Meaning Behind the Frieze

The epic work weighed over 2 tons and stood 60 feet high (ca 18 m). It represented the strength and imagination of modern British artists and displayed the interweaving of modern art with celebrity brands such as the Selfridges. Taylor-Wood succeeded in establishing a fictional conversation between the popular figures of her photomontage and captured the intensity and glamour of the British artistic scene. By taking as a starting point the figures of the Parthenon frieze, the artist created a persuasive image about the elevated status of modern actors and musicians.

The poses and gestures in which the figures are seen create a powerful reference to the way reputation is gained in a highly commercialized art world. The representational technique offers a glimpse of how at the end of the 20th century, artists respond to different strategies of marketing and produce art inspired by the distant past.

The philosophy behind Taylor-Wood’s project puts an emphasis on the potential of art to exist on a different plane beyond the principle of art as an object to be distributed among a close circuit of art dealers, collectors, and art galleries. The immediate economic incentive is transcended in favor of a complete integration of Wood’s creation with the cultural and social space. This extraordinary concept reduces the extent to which modern commercial companies can intervene in the process of contemporary art practice, a fact with varying consequences on individual artists.

The success of Taylor-Wood’s photographic venture was made possible by the sponsorship of the Selfridges company and was a landmark contribution to the field of visual culture. XV Seconds is a meaningful project, and its complexity points to the powerful ideological mechanisms by which photographic artworks are produced and disseminated. The conception of this work provides evidence for the emergence of a new attitude to marketing among multinational companies during the 1980s and 1990s. For those wishing to think that the proximity of celebrity culture with the world of finance and commerce determines most of our relations, Taylor-Wood has made a convincing case with her poignant iconography and her ingenious staging of “modern day” heroes.

Evangelia Karvouni is an independent researcher writing and working in Athens, Greece. Along with her research activities, she teaches History and Literature. She loves art in all its forms and she has studied theory and history of Fine Art in major European Institutions such as the University of Athens, the University of Copenhagen and the University of Essex.

Sam Taylor-Wood’s photographic enterprise is referenced in the Irish art magazine Circa. The article containing the information is written by Declan Long and it bears the title: “Are you someone? Artists and the art of branding” Autumn 2002, pp. 28-31.