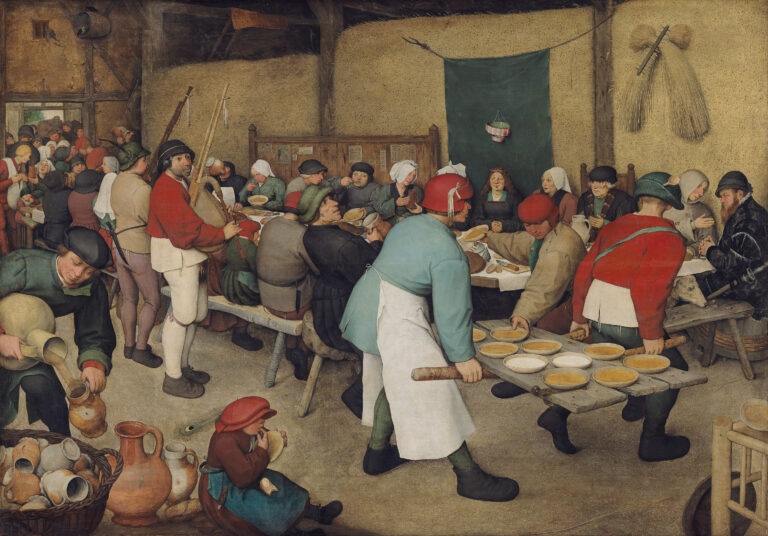 Painting of the Week: Pieter Bruegel the Elder, Landscape with the Fall of Icarus

Most Famous Winter in Art History: Hunters in the Snow by Pieter Bruegel

The Kunsthistorisches Museum, meaning the Museum of Art History, is located in Vienna, Austria. It is the largest art gallery in the country, housing the grand art collections of the Habsburgs. The museum holds works by Raphael, Johannes Vermeer, Titian, and Pieter Bruegel the Elder among others. The Bruegel collection, 12 paintings in total, is the largest and most important collection of the artist’s work in the world.

Genre and landscape painting are new subjects that emerge during the 16th century in Northern Europe. Due to the protestant Reformation, the church no longer commissioned or bought art; as a result artist were seeking new wealthy patrons and these patrons required new subjects. Pieter Bruegel the Elder is known for his many genre scenes featuring the life and customs of peasants in 16th century Flanders. He loved those subjects so much that he is also known as the Peasant-Bruegel. He gave importance to the life of everyday people by painting them on large canvases. These canvases were previously used only to paint the lives of saints and pagan gods.

We arrive at the wedding when the celebrations are in full swing. A big table is set, and food is passed around. People are pouring into the hall from the door to the far left, while others are making merry drinking beer. The painting is full of little vignettes, like the little boy, down and to the left, that scrapes his dish clean or the woman near the front door asking for a refill. All those add realism and a sense of warmth to the whole composition.

Front and to the right the two waiters are using a door taken off its hinges as a makeshift serving tray. Another man is helping them, passing around the food. Following this man’s right hand we arrive at the protagonist of every wedding, the bride. She sits demurely, in front of a green screen to stand out. Over her head is the traditional paper crown. Some scholars believe that because this is a two-piece crown, it indicates that she is already pregnant.

On the bride’s left, we see a man with white hair. He is the notary, the public officer who certified the wedding. Next to him, there is a Franciscan monk speaking with a well-dressed man, the landowner, on whose land all these peasants live and work. It seems very strange to us, that the groom is nowhere to be seen, but according to Flemish custom he was not allowed to take part in the celebrations until the evening. Following the same custom, the bride was not allowed to eat or speak to anyone until the groom came.

To this day, there are many different opinions about the true meaning of the piece. Some think it holds a moralizing aspect while others believe there may be an element of satire about peasant life. Whatever the truth may be, with the Peasant Wedding Bruegel the Elder succeeds in offering a glimpse in rural life and customs in 16th-century Netherlands to the modern viewer but also to the city dwellers of his time.