A Party With The YBAs (BYOB, We Provide Only Formaldehyde) 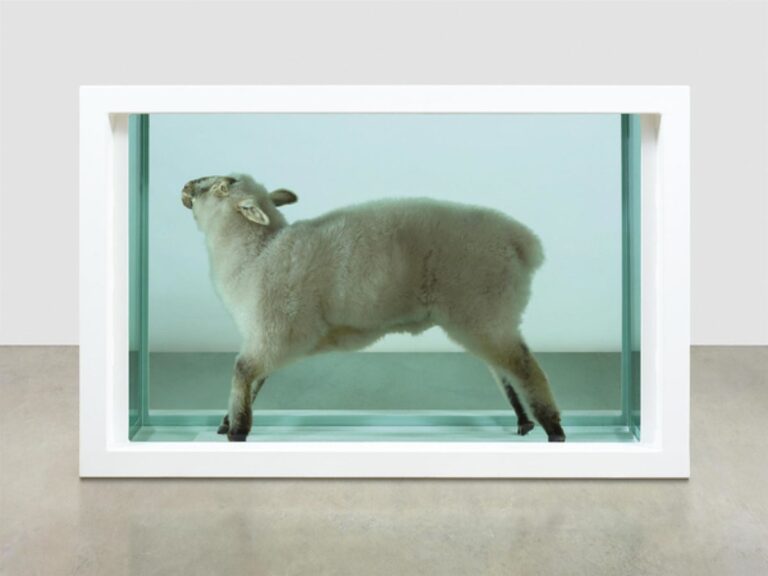 The acronym YBA is probably my third favourite after BYOB and ASAP (I like NASA, too). Have you come across it? It was created in the early nineties to describe a loose group of British Artists who shared a similar attitude to art-making, used various materials and really liked to shock. And they all were pretty young.

Although they are not so young anymore, I want to invite you today to a party with the YBAs – The Young British Artists. And if you need predrinks, you can visit our last party with Andy Warhol.

Freeze and the Goldsmiths College of Art

The event that is said to give the beginning to the group was an exhibition Freeze from 1988. It was organized by a few students of Goldsmiths College of Art (London) such as Damien Hirst, Sarah Lucas, Angus Fairhurst and Michael Landy. Their teacher in college, Michael-Craigg Martin, described the group: “I spent a lot of years teaching and I’d never seen anything where there was such a large number of people who connected in this way.” What way precisely did he mean?

Because the YBA was a group of diverse people, there was no single prevailing style which connected them all. They used a variety of media and chose a wide range of different subjects and forms of expression. However, some themes recurred more often than others and one of them was the ‘found object. They used daily objects like cigarettes or fresh food to make installations or sculptures. Here, Tracey Emin used her own bed as a work of art. Not only did she question the concept of art in general, but she also indicated the question of identity: although she called the bed “My Bed”, it looked like a bed of any other person. Hence, we could ask: do objects define me, or do I define objects? Are objects really personal?

I Am to Provoke

The YBA like to shock and provocative works are one of their trademarks. Damien Hirst is probably the most (im)famous YBA artist. His animals preserved in formaldehyde or beautiful but quite disgusting works made of purposefully killed butterflies can make people cringe. Hirst said that he, “just wanted to do a zoo that worked … because I hate the zoo, and I just thought it would be great to do a zoo of dead animals, instead of having living animals pacing about in misery … I never thought of [the works] … as violent. I always thought of them as sad. There is a kind of tragedy with all those pieces.”

The YBAs are famous for their ‘can do’ approach to marketing and showing their art. They organized their first show, they made themselves famous. In 1993, Tracey Emin and Sarah Lucas opened the ‘The Shop’ in east London’s Bethnal Green Road. It was an artistic project as well as a business- the artists rented the space to sell their work. This kind of work characterizes another trace of the YBAs: experimentation.