Party With Skulls And Skeletons: Day of The Dead in Mexico 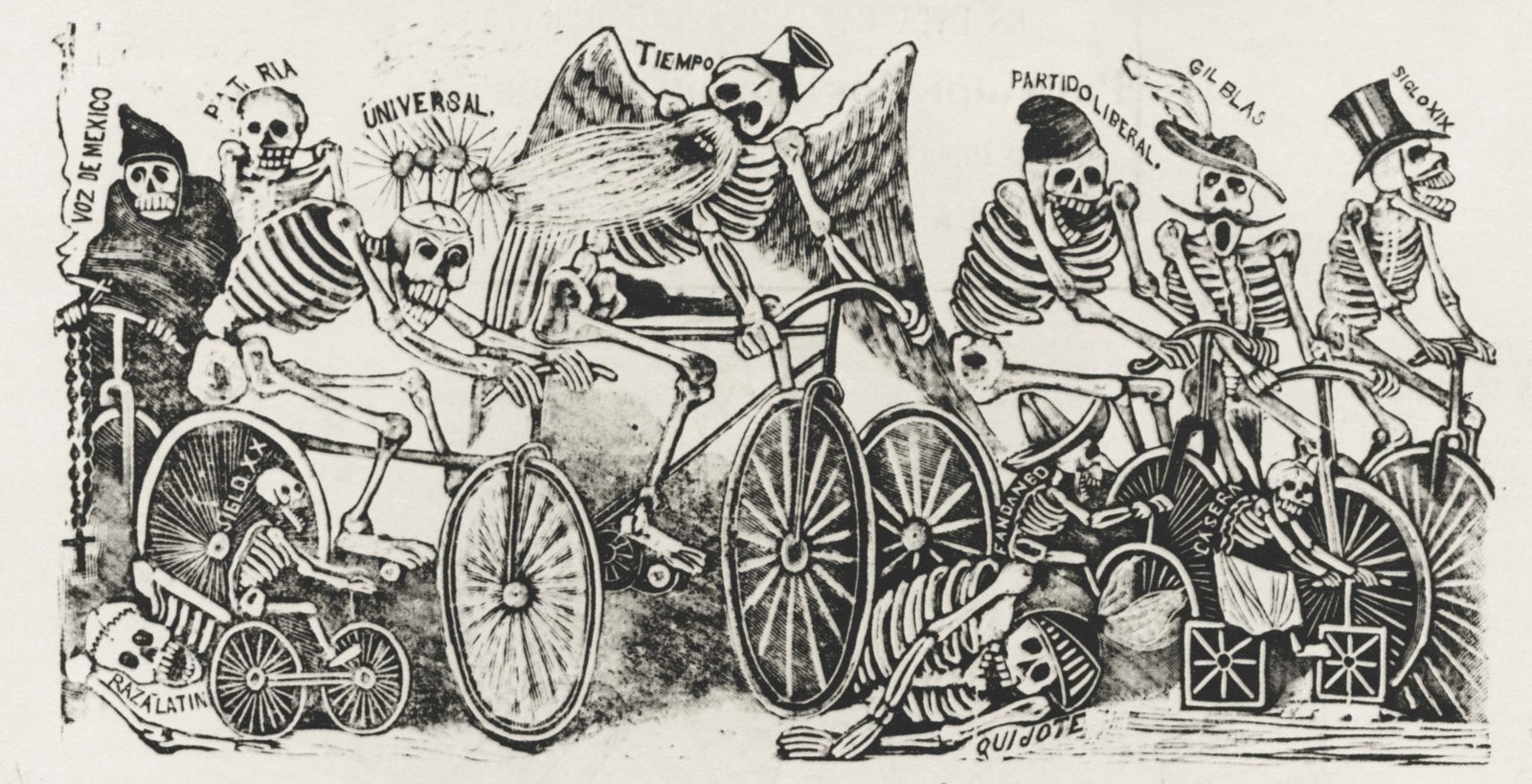 Heaven and earth are never this close as today. Today, 2nd of November is the Day of the Dead, when spirits come to earth to meet their relatives and eat and drink with them. At least this is what happens in Mexico… 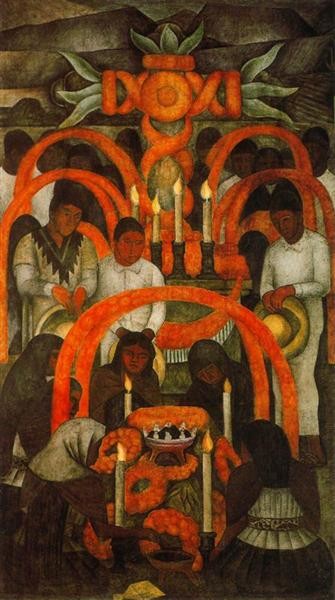 Diego Rivera, The sacrificial offering. Day of the Dead, 1924, Court of Fiestas, Mexico

The origins of this day and its basic motifs can be traced back 3000 years, to the Aztecs, but the iconography of skeletons and skulls that is so familiar to us today, we merit to José-Guadalupe Posada, who drew hundreds of personified skeletons, and Diego Rivera, who portrayed the traditional celebrations of this holiday. 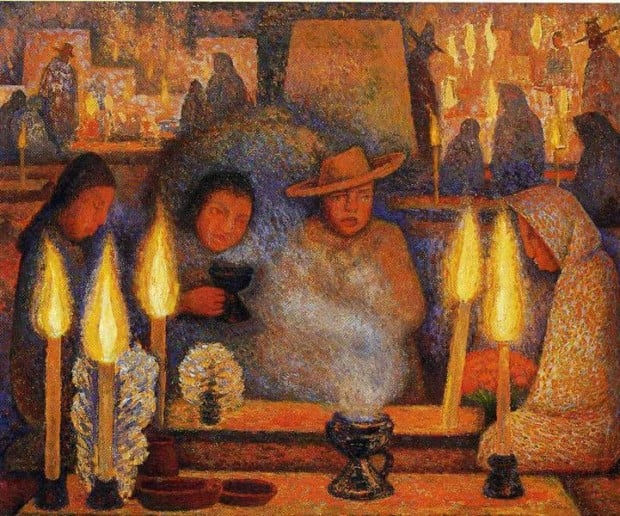 On this day people visit their dead in cemeteries. They bring food, drink, they play cards, sing songs and pray. They also make colourful altars to their family spirits in their houses, which are decorated with flowers, feathers, nuts, candies and chocolate skulls. 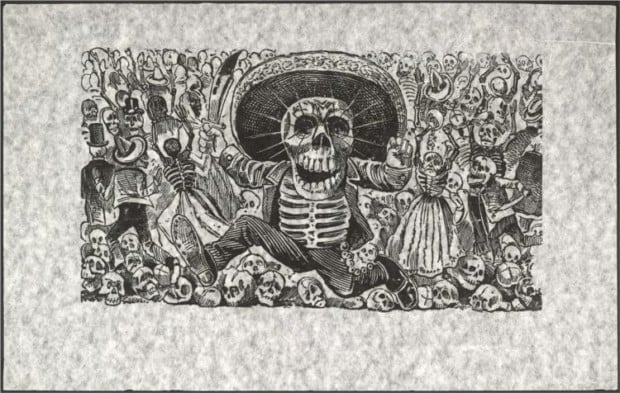 Calavera means ‘skull’, but its meaning can be extended to ‘skeletons’. Posada made a whole series of etchings depicting calaveras doing some nasty, or less nasty, things. This proud-looking one is dressed as a charro, traditional Mexican cowboy. He is running past a crowd of skeletons with a blood-stained knife in his hand. 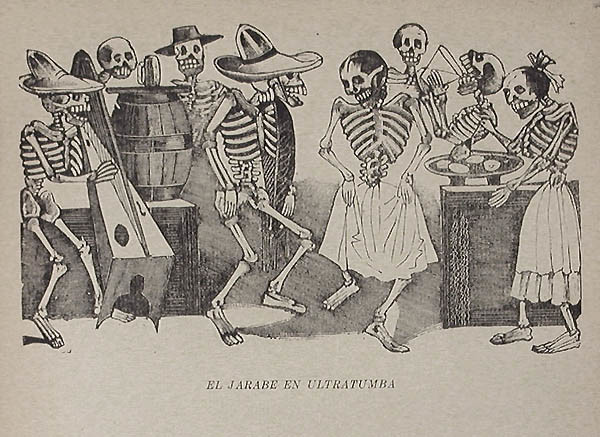 The Folk Dance Beyond the Grave depicts a group of merry skeletons who are celebrating their holiday. They eat, drink, play music and dance the traditional Mexican folk dance, jarabe. 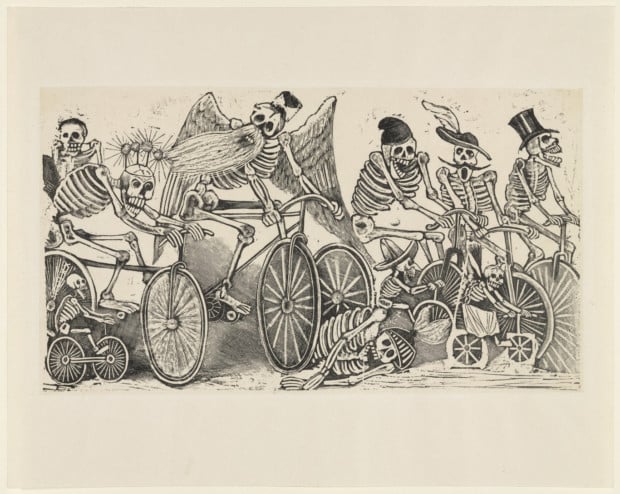 Posada published his etchings in public press, often with a satirical message. This time however it’s more a moralistic one: it’s never too late to pick up sports!