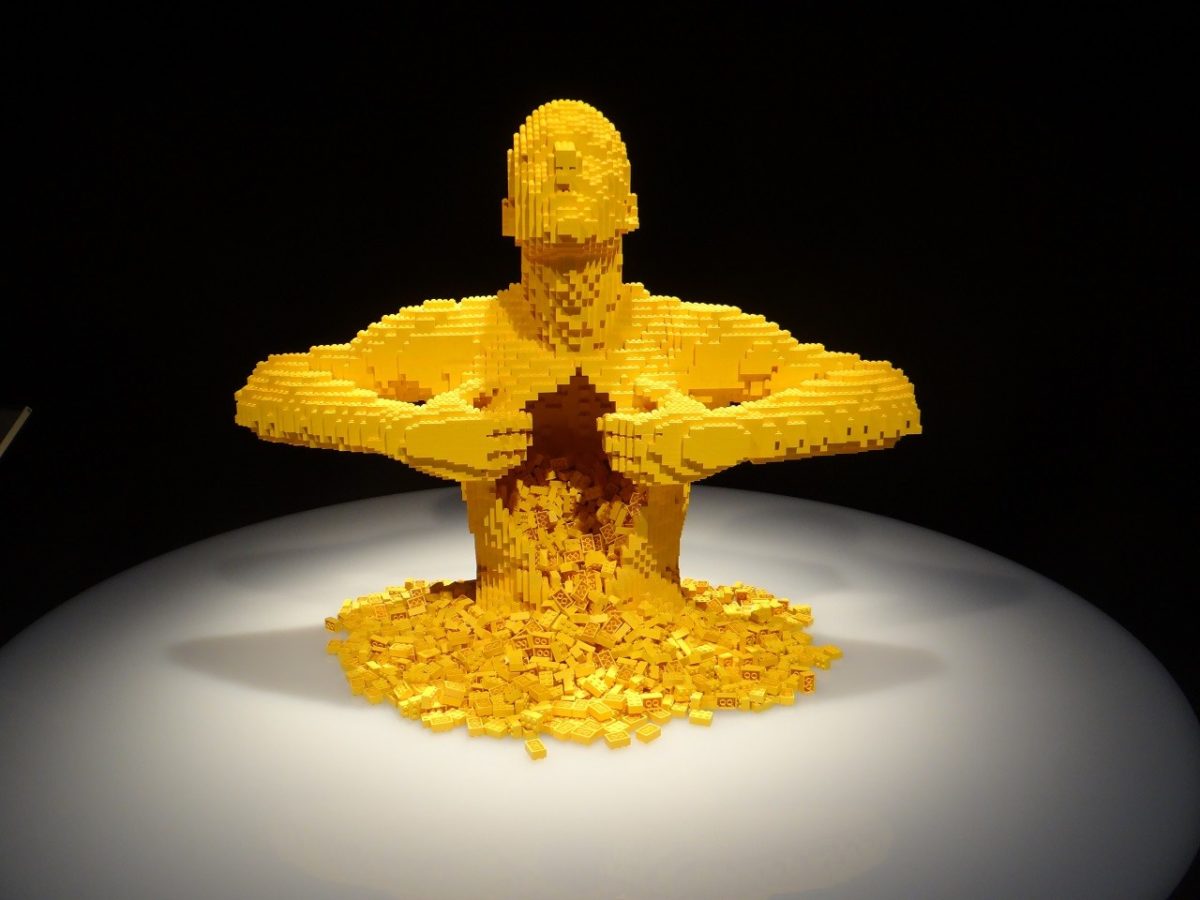 Lego springs to mind as one of the key toys of many people’s childhoods. Whether building houses, spacecrafts or just stepping on that elusive piece, most people have some kind of experience with the little plastic building blocks. For some, however, it became a mean of artistic expression.

Nathan Sawaya takes building with legos to a whole new level. He left his job as New York corporate lawyer in 2001, and he is now a full-time lego artist based in Los Angeles. Not an easy transition, with doubts from friends and family, Sawaya commented, “when I was a lawyer I quickly came to realize I was more comfortable sitting on the floor creating sculptures than I was sitting in a boardroom negotiating contracts. My own personal conflicts and fears, coupled with a deep desire for overall happiness, paved the way to becoming a full-time working artist”. He would come home from work and use art as a way to unwind, gravitating more and more to using legos. It was a natural move for him saying that he “sees the world in rectangles.” 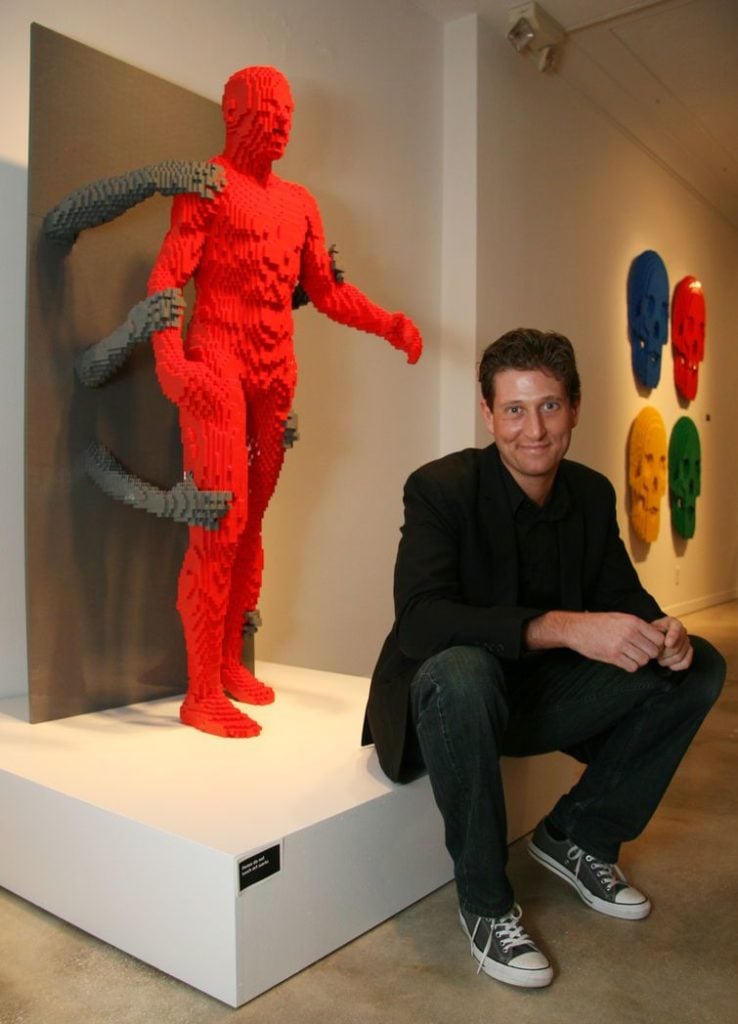 Nathan Sawaya next to his sculpture ‘Grasp’. Source: Fast Company, 2013

The Lego Company was created in Denmark in 1932. The word Lego comes from the Danish word Leg Godt meaning “play well”. Sawaya definitely plays well with his medium. He creates works that are larger than life, such as a 20 ft dinosaur made of 80,000 legos and poignant recreations of famous paintings by Monet and Munch. Sculptures are first sketched on brick paper or a Lego software to help deal with the physics for more complicated pieces. The work plays with a mixture of Pop Art, Surrealism and Pointillism due to the inherent nature of the material. 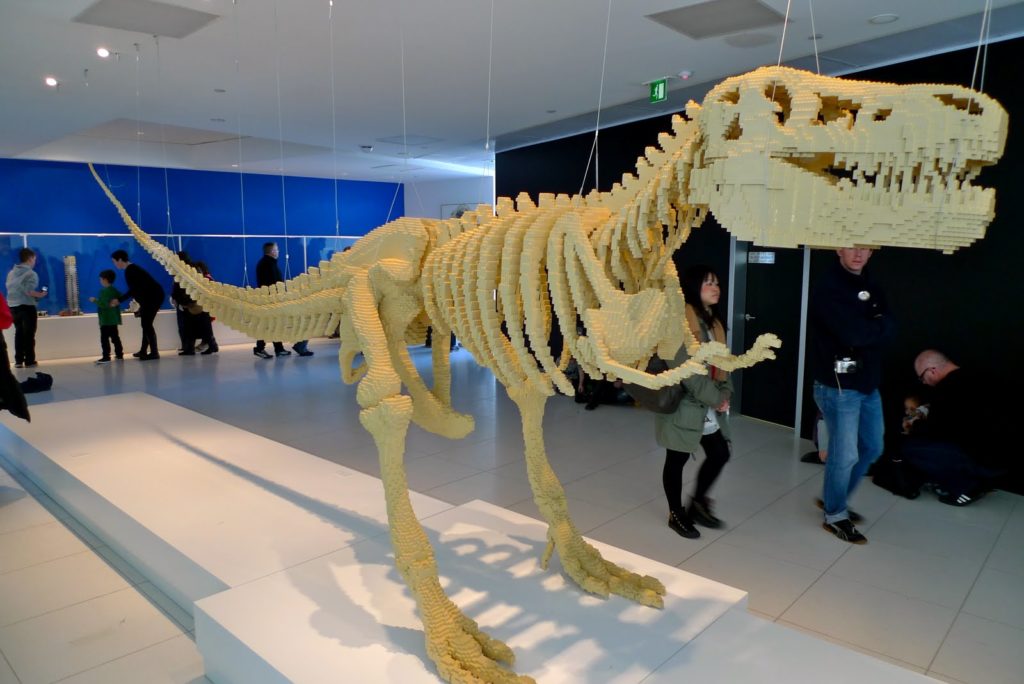 Since 2007, his exhibition Art of the Brick has traveled the world, showcasing his unique approach to sculpture and inspiring kids of all ages to create on their own. So impressive and awe inspiring are the works, that he elevates and transcends the little plastic pieces. His sculptures of people are especially moving and thought provoking. He shows people in a state of transition or metamorphosis – exploring and questioning themselves and their lives, and powerful themes such as grief and doubt. 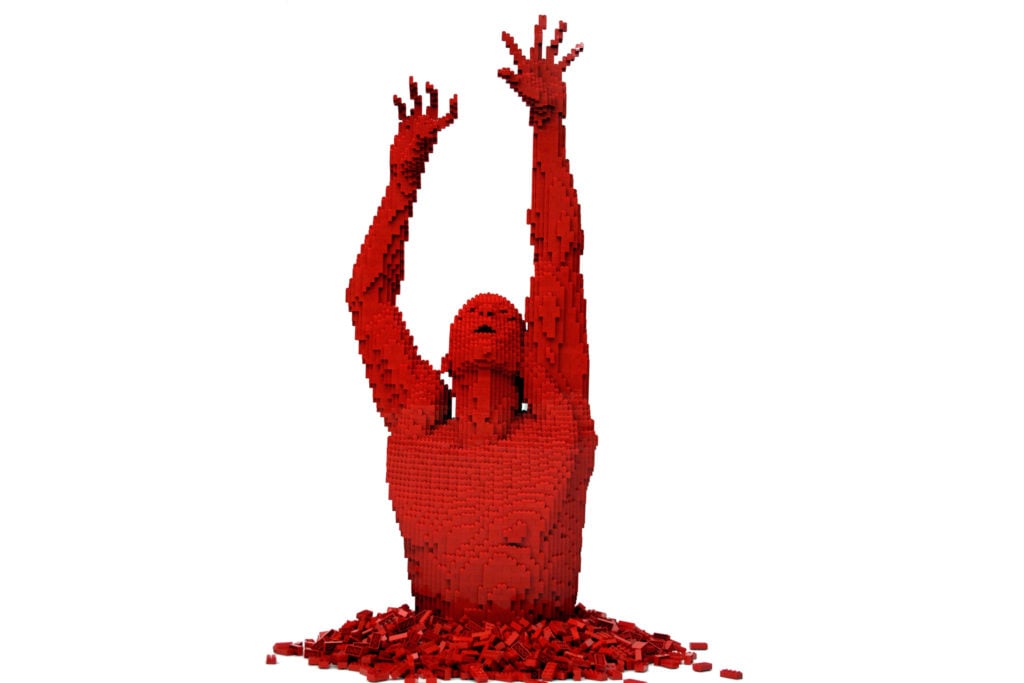 A key piece in the exhibition is Yellow, a life-sized self-portrait of the artist exposing and sharing himself with the world. It is a powerful example of the vulnerability and rawness in his work. The figure is not only tearing itself apart but building anew as well. 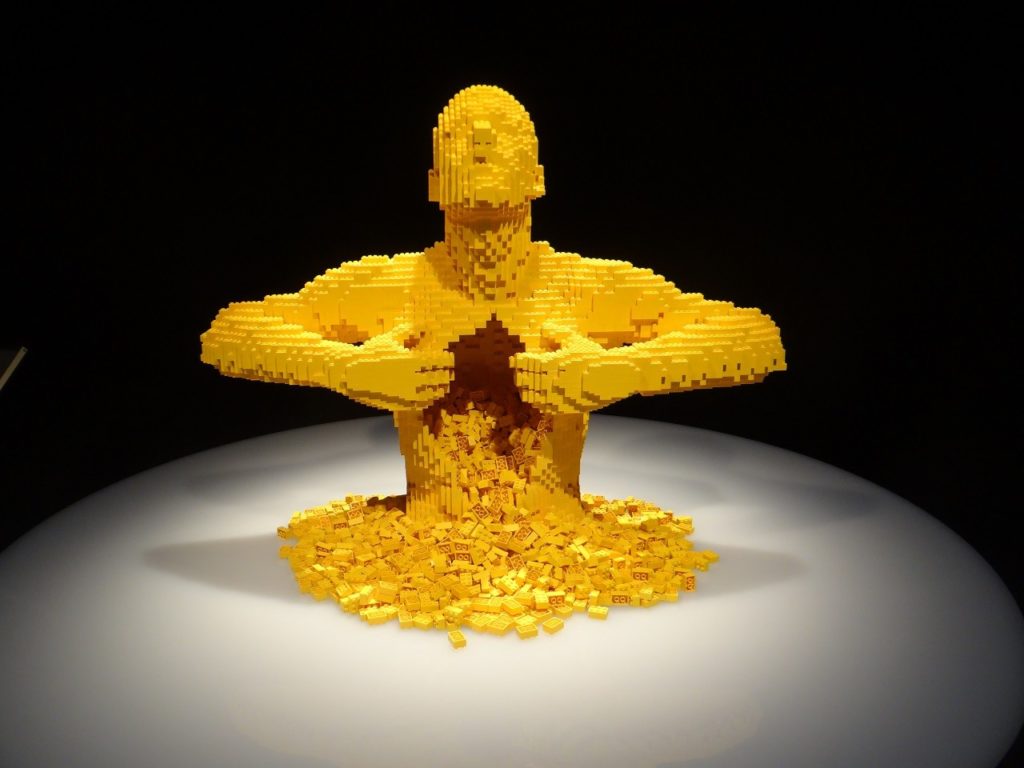 There are several monochromatic figures. The solitary color is striking and is visually vivid. Metamorphosis shows a swimmer in the water, with droplets of water all around. There is a great sense of movement emerging from the plastic. Beside the statue are the artist’s words, “Swim against the current. Follow your path. Find the courage within.”

Another emotionally gripping piece is My Boy. A father holds his son in his arms. 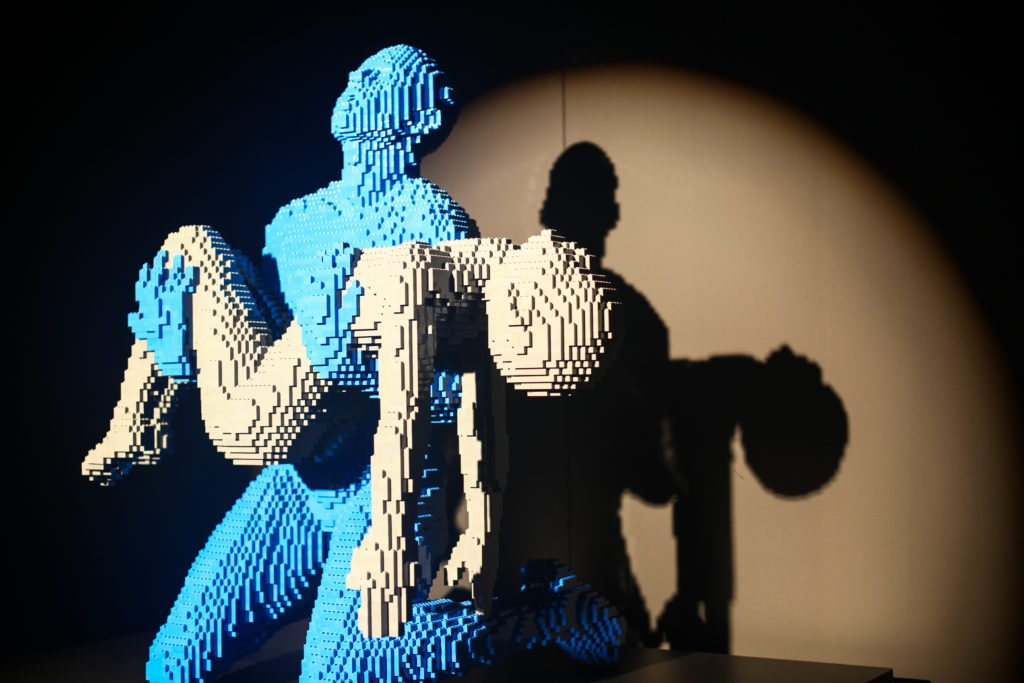 Sawaya talks of the very personal and intimate nature of creation. Working on his art puts him in a trance, sometimes working up to 12 hours a day on a project for months. To him legos are accessible, and therefore very inspirational. Anyone can go home and start building with them. As intense as his work can be he says “My worst day as an artist is still better than my best day as a lawyer.”
In closing, my favorite and most resonating statement of his is that “Art makes better humans, art is necessary in understanding the world and art makes people happy. Undeniably, art is not optional”. A sentiment that all of here at DailyArt Magazine can completely agree with.

If you find any joy and inspiration in our stories, PLEASE SUPPORT
DailyArt Magazine with modest donation. We love art history and we want to keep going with writing about it.
$5 $10 $25 $50 $100 MONTHLY
Related Topics:featured, Nathan Sawaya