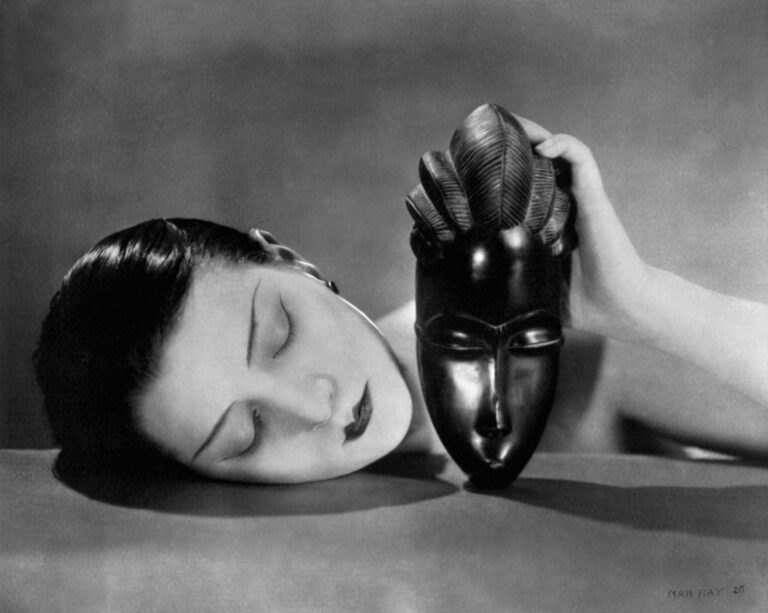 His name was Emmanuel Radnitsky, her name was Alice Prin, but we know them as Man Ray and Kiki. They were the heroes of Montparnasse in the Twenties. He was a painter and a photographer; she was his model and also his lover for a while.

Kiki of Montparnasse was born in 1901 in Burgundy as a child to unmarried, poor woman. She was a classic beauty with jet-black hair cut short and curly. She was a model and agreed to pose for Man Ray, who she thought had “a cute accent and an air of mystery.” In 1921 they were living together, first at the tiny Hôtel Istria. Their torrid love affair has been documented often. Kiki became as famous in what she called “the land of liberty.”

But although she and Man Ray had become famous, their relationship faded. She continued to be the central character and most famous personality of the bistro set in Montparnasse, while every American artist visited Man Ray’s studio. He invented the “rayograph,” while Kiki left for America, where she was going to follow a career in the movies–it turned out to be an utter failure.

She eventually returned to Paris and began to paint. She even had a very successful exhibition in March 1927.

But before it happened, in May 1926 French Vogue published a photograph by Man Ray accompanied by the elegant description ‘Mother of Pearl Face and Ebony Mask’. The woman is of course Kiki. As its first published title suggests, the work is concerned with the contrasts and associations created by juxtapositions: human body and inanimate object; white and black; the modern world and traditional life; France and Africa.

It’s one of the symbols of art deco.
Now, in the National Gallery of Victoria collection.

You also watch the footage of Kiki from the films of Man Ray and Fernand Leger below: