Today, at Annecy Film Festival, Loving Vincent, a film impatiently expected by all art lovers around the world will have its premiere. By bringing to live Vincent van Gogh's paintings, the film, which is the first fully painted feature film, tells his moving life story. As the makers say: Vincent wrote: ‘We cannot speak other than by our paintings’. We take him at his word and let the paintings tell the real story of Vincent van Gogh. [caption id="attachment_3092" align="aligncenter" width="620"] 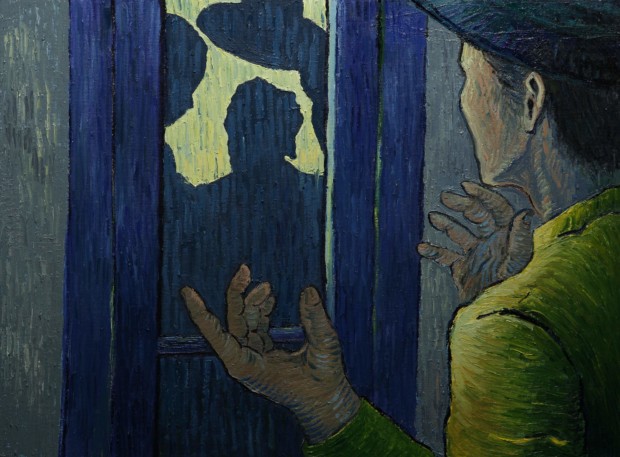 Design painting: Armand Roulin at Pere Tanguy's Back Door, Łukasz Gordon. From: Loving Vincent website[/caption] It took over 6 years of creative development, 115 painters, over 1,345 discarded paintings, to create 65,000 frames for this movie. And each of them is a hand-painted oil painting in itself. Can you imagine that????!!!! [caption id="attachment_3093" align="aligncenter" width="620"]

Introducing Armand Roulin. Photo: Loving Vincent Facebook account.[/caption] Written & Directed by Dorota Kobiela & Hugh Welchman, produced by Poland’s BreakThru Films. The film is coming soon and on their webiste: lovingvincent.com you can see the worldwide release dates. And here is its trailer: Written by Kobiela and Welchman, rather than a conventional bio, the film is cast as a suicide mystery in which a young man, played by Douglas Booth, takes on the mission of discovering why Van Gogh shot himself in the stomach in 1891 despite impending artistic success, conducting fictional interviews with the subjects of many of Van Gogh’s final paintings. That, as much as his genius, is a question which has exercised generations of art lovers, probing the nature of artistic genius and inspiration. [caption id="attachment_5158" align="aligncenter" width="620"] 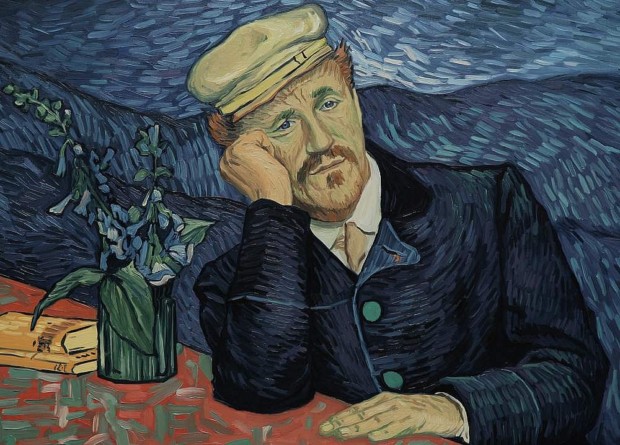 Loving Vincent - Dr. Gachet Jerome Flynn[/caption] No other artist has attracted more legends than Vincent van Gogh. Variously labelled a martyr, a lustful satyr, a madman, a genius and a layabout, the real Vincent is at once revealed in his letters, and obscured by myth and time. “Loving Vincent” is a Polish/U.K. co-production backed by the Lower Silesian Film Fund, the City of Wroclaw and Centrum Technologii Audiowizualnych. Further financial support for the project was provided by Silver Reel, Sevenex Capital Partners and the Doha Film Institute.

In the first quarter of the 20th century, Paris was the center of artistic and intellectual activity. Artists, actors, dancers, poets, writers,...

George Seurat, like many 19th century artists, loved the circus. In particular, he enjoyed watching the tumbling acrobats in bright costumes, a...

Maxfield Parrish was an accomplished American painter and illustrator in the early 20th century. He was an important figure in the golden age of...

Creatively speaking, the term ‘art’ can mean many things. Whether it is music, writing, painting, sculpting, or drawing, it is all under...