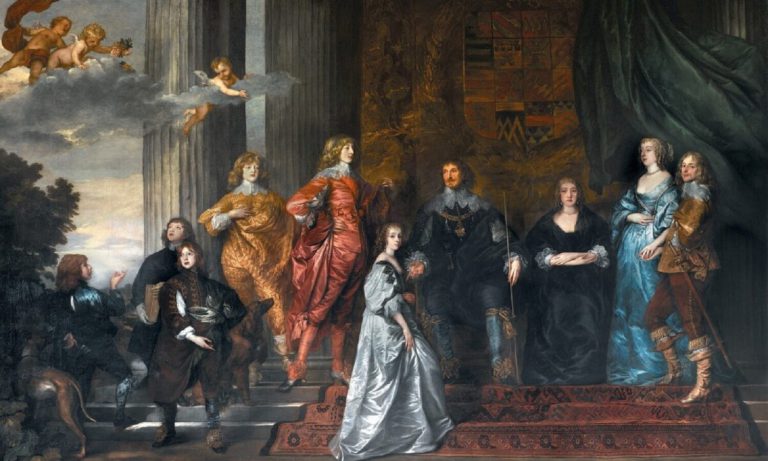 During the early modern period of European history (ca. 1500-1800), women experienced different freedoms depending on where they lived and the laws in those areas. Laws surrounding religion, estates, wills, sex, and politics were all important and far-reaching into women's daily lives. Lady Anne Clifford's pursuit in ensuring her own success as a woman has not gone unnoticed by historians. Here is a story about a woman artist depicted at various points throughout her life as she fought for something automatically given to male heirs.

In the Winter of 1590, Lady Anne Clifford (1590-1676) was born to a prominent Elizabethan family. She was the only surviving child of George Clifford, the 3rd Earl of Cumberland. Upon his death, a teenaged Anne believed that she would inherit his vast property holdings. However, despite legally being able to oversee them, perhaps given that she was a female, the case was not so.

Educated in Matters of the World

The educated Anne refers to the "Turks" in her diary, alluding to the fact that she possibly knew of freedoms shared by women in the Ottoman Empire—the complete opposite of women's lives in England. The inheritance laws were vast and complicated in Christian Western Europe. Because of this, Lady Anne Clifford sought to gain something many did not believe she deserved as a woman. Those who did not approve included male family members, and according to her diaries, King James I of England.

Fighting the Patriarchy: Lady Anne Clifford and her Doubters

Upon her father George's death, the lands transferred to his own brother, and subsequently male heirs. Her mother, Margaret, aided in petitioning the King and courts for the lands. And after many years of battling for inheritance laws to be amended, Margaret passed the baton to Lady Anne's husband, Richard Sackville, 3rd Earl of Dorset (m. 1609–1624). Sackville was tired of these efforts after his young wife refused to accept monetary compensation in exchange for dropping the issue entirely. Ultimately, Lady Anne wanted all of the several estates owned previously by her father.

Below she is depicted seated next to her second husband, Philip Herbert: the 4th Earl of Pembroke and 1st Earl of Montgomery. The painting by Anthony van Dyck was a massive undertaking of 330 x 510 cm, translating to roughly 11 x 17 feet in size.

Furthermore, the commissioning of a much larger and elaborate triptych showcases her struggle to gain back her birthright. On the left, she is a young girl when her father died. On the right, she is an older woman, married twice, and accomplished in other ways. In the middle is a painting of her parents and two elder brothers, all of whom died by this point in history. Moreover, art historians have determined the portrait on the right was the only one painted from life. It seems to have influenced a later portrait attributed to John Bracken.

The two portraits below, both attributed to John Bracken, depict Clifford in her later years; the latter is a painting completed just before she passed in 1676.

In the end, her legal battles proved to be unsuccessful. In 1646, she officially inherited the properties only after all the male heirs passed. Anne went on to spend her last years restoring castles, building homes for poor widows, and restoring churches. By inheriting the lands, she also gained the title of High Sheriff of Westmorland County.

Read more about portraits of women of the era: