Painting Of The Week: Kamal-ol-Molk And The Perfection Of The Mirror Hall 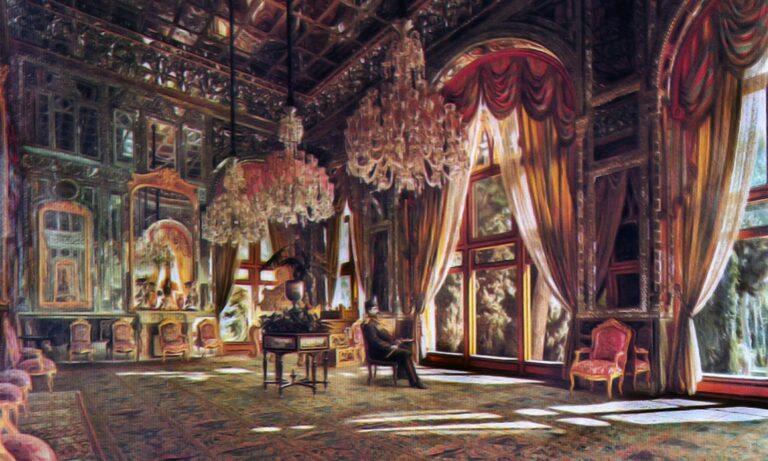 Have you heard of the Iranian painter Kamal-ol-Molk? This is the name by which the artist Mohammad Ghaffari, who excelled in the production of watercolors, became well-known. He received this name directly from the Shah of Persia Naser al-Din Shah Qajar. Delighted with the technique of Mohammad, the emperor gave him the name that in English means  'state of perfection'.

Kamal-ol-Molk was born in 1848 into a family that already had a considerable amount of artists: his father, uncles and brother were artists. So he continued the family tradition, he studied art at Dar-ul-Funun School and as a student, he began to draw the attention of his professors. Invited by the Shah of Persia to be a court painter, Kamal-ol-Molk produced some of his greatest works of art there. His work consisted mainly of landscapes and portraits, but certainly, The Mirror Hall is his best-known work. It represents an important turn in modern Iranian art and it accurately portrays Mirror Hall in the Golestan Palace, where even the painting remains. The painting, which took five years to be completed, is considered the masterpiece of Kamal-ol-Molk. It was commissioned by Shah himself and is linked to two unfortunate events. The first one was that some precious gems were stolen from the Mirror Hall and Kamal-ol-Molk was one of the suspects of the robbery. [caption id="attachment_13164" align="aligncenter" width="800"]

Kamal-ol-Molk, Mirror Hall, 1885-1890, Golestan Palace, Tehran[/caption] The fact that he frequently stayed in the Hall shed immediate distrust onto the artist. Fortunately, it was proved that Kamal-ol-Molk had nothing to do with the crime, and the issue was said to be "forgotten." Not totally, of course. The artist never forgot that he was unjustly accused. The other unfortunate event was even more serious. In the same period of completion of the painting, the Shah who had hired Kamal-ol-Molk was assassinated. His nearly 50-year reign was one of the longest in Persian history. In the painting, he is sitting in the center of the Hall. Our gaze is attracted by diagonal streaks of light and with little more attention, we can notice that light coming from windows is reflected by mirrors. [caption id="attachment_13169" align="aligncenter" width="927"] 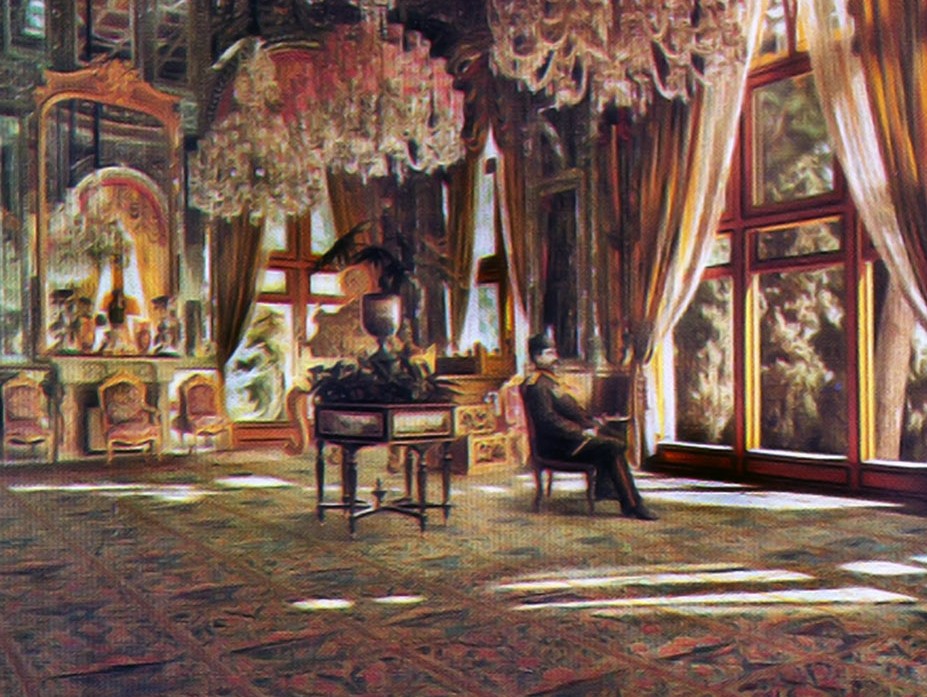 Kamal-ol-Molk, Mirror Hall, a detail, 1885-1890, Golestan Palace, Tehran[/caption] Mirror Hall delights in technical accuracy, exuberance, and richness of detail. The reflections of the mirrors lead to an almost mystical vision. Kamal-ol-Molk also shows an accurate dominance of the play of light and shadow. But it is the details and verisimilitude of each object that make this work so magnificent. Look at the composition of the carpet, notice the geometric pattern of each part of it, take a good look at the armchairs, observe the impassive figure of the Shah who watches something out the window. Chandeliers, curtains and tree branches, everything is represented in a delicate but precise way. Soon after this work had been finished, and because of the circumstances I have mentioned before, Kamal-ol-Molk left Iran and departed for Europe. There, he studied classical artists but returned home four years later. He spent some more time in Iraq due to some political tensions, but returned to Iran, where he died in 1940, with almost a century of life! In addition to Kamal-ol-Molk, DailyArt Magazine has also introduced Kamal al-din Bihzad. If you liked this work, I suggest you also read another article: [embed]https://www.dailyartmagazine.com/persian-leonardo-bihzad/[/embed]

To a 21st century viewer, the portrait of Gabrielle d’Estrées might seem homo-erotic. However, pictured with her sister, the Duchess of Villars,...