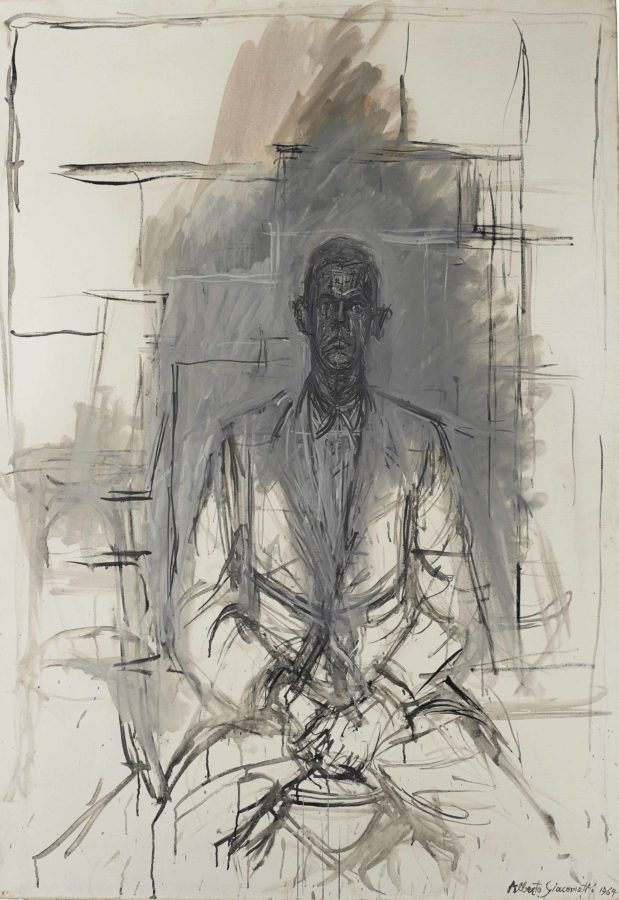 The movie ‘Final Portrait’ is a faithful rendition of the book by James Lord, ‘A Giacometti Portrait.’ The book was published in 1965, a year after Lord had posed for Alberto Giacometti in the artist’s studio. The portrait was supposed to be nothing more than an afternoon’s work, a couple of hours at most.

Geoffrey Rush as Giacometti and Armie Hammer as James Lord in the movie ‘Final Portrait’[/caption] This ‘afternoon’s work’ morphed into a commitment that lasted for over two weeks. Lord was constantly on the phone, rescheduling his flight to go back home. The film was written and directed by Stanley Tucci. It should be noted that two years after Lord posed for his painting, Giacometti was dead. ‘Final Portrait’ begins with the cinematography of Danny Cohen, who was the director of photography. The cinematography sets the mood. The film is in color, but most of the scenes, which take place in the artist’s studio, have only a hint of color. The screen is dominated by warm and cool greys. The mood of the paintings, as well as the mood of the sculptures, is fully captured because Giacometti’s paintings are grey and Giacometti’s sculptures are grey. Many of the frames of this film are wonderful works of art in their own right. The scenes that show Giacometti seated in front of his easel painting are beautifully composed. The artist is often seated at the far left of the screen, his palette in one hand and his paintbrush in the other, while James Lord, dressed in a suit and tie, is seated motionless at the far right of the screen and looking straight ahead, both feet planted firmly on the floor in front of him, holding the pose as well as an untrained model can possibly hold it, and between them is the atmosphere of the studio, with a large grey sculpture of a head its most prominent feature. [caption id="attachment_15939" align="aligncenter" width="480"] 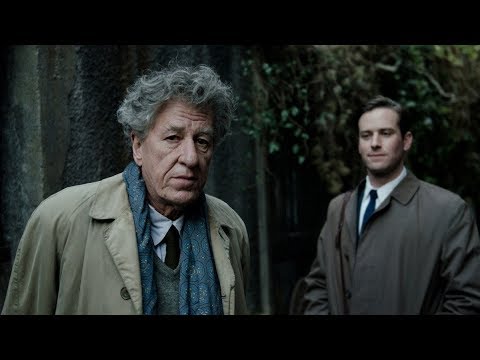 Geoffrey Rush as Giacometti and Armie Hammer as James Lord in the movie ‘Final Portrait'[/caption] When color is added to the image on screen, the color resonates in a way that would not have been possible otherwise. This is because the isolated colors, set in the context of a grey environment, come forward and are noticed more than they would have been otherwise because of the contrast. Black and white movies have always been able to express a mood or a feeling that movies filmed in color have had difficulty replicating. This was especially ironic because films in color were using the more modern technology, yet something had been lost in the process. This was especially true in the early years of color films. At that time, it was thought that the more color, the better. Filmmakers were playing with a new toy. But as color films became the norm, many cinematographers changed their approach. They opted to use less color, to film many scenes in a monochrome to create a mood that approximated the mood of a black and white film. So in the middle of a scene filmed with a blue monochrome, a cinematographer may opt to add a small area of bright orange. This interplay of color is able to enhance the mood of a scene in a way that may even exceed the results in a black and white film. The cinematographer of ‘Final Portrait’ knew how to play with color. When Giacometti’s wife, Annette, becomes angry after posing nude for her husband, she puts on a thin red coat. When Giacometti lights a cigarette, our attention is drawn to the warm bright colors of the burning tar and nicotine. These isolated colors lead the viewer’s eye momentarily to the source of the color, heightening the drama. I must confess that I needed more than one viewing to be able to take in and appreciate this highly unorthodox movie. ‘Final Portrait’ is not meant to be mainstream; it was not made to be a commercial success. Stanley Tucci did not make a movie about a conventional love story. Giacometti’s love story is for his art, and with his young lover, who is a prostitute. There are no morals here. What Tucci appears to be doing is exploring the behavior of an eccentric artist who is one of the giants of 20th-century art. He does this without judgment. And this encourages me to do the same. The first time I saw the movie, I thought the pace was too slow and not much happened. I wondered where the drama was. I wondered about the plot. And then I watched the movie again, not caring about any of these things. I slowly found myself caring deeply about Giacometti, his long-suffering wife, his mistress, his brother, and James Lord. These were real people. I can no longer look at videos of the real Giacometti without seeing Geoffrey Rush. This is also true for Armie Hammer as James Lord, Tony Shalhoub as Diego Giacometti, the artist’s brother, Clemence Poesy as Caroline, and Sylvia Testud as Annette. [caption id="attachment_15935" align="aligncenter" width="800"] 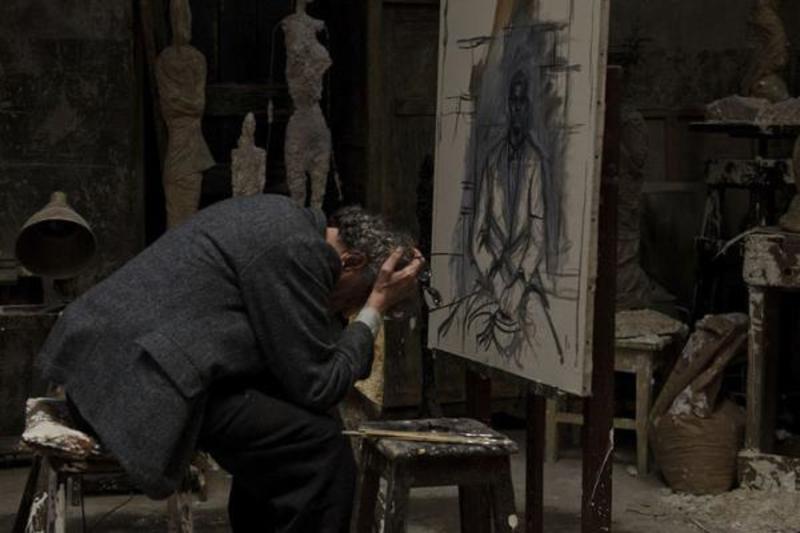 Geoffrey Rush as Giacometti in the movie ‘Final Portrait’[/caption] The acting performances are so genuine, I would often forget I was watching a movie with actors. I could see myself posing for Giacometti in his studio and enjoying our conversations together. I could feel myself cringe when Giacometti, in a fit of rage, would start to burn his drawings. And I could feel myself painting in the studio as well, or trying to, and feeling my insecurities build up when my paintings don’t quite measure up to my expectations of them. I highly recommend ‘Final Portrait,’ and feel fortunate that I have the opportunity to watch the DVD over and over again, as often as I like. Had I just seen the movie in a movie theatre, I may have given up on it, and I would have denied myself a truly memorable experience. More: 'Final Portrait' official trailer Howard Schwartz on the Giacometti's exhibition in Guggenheim