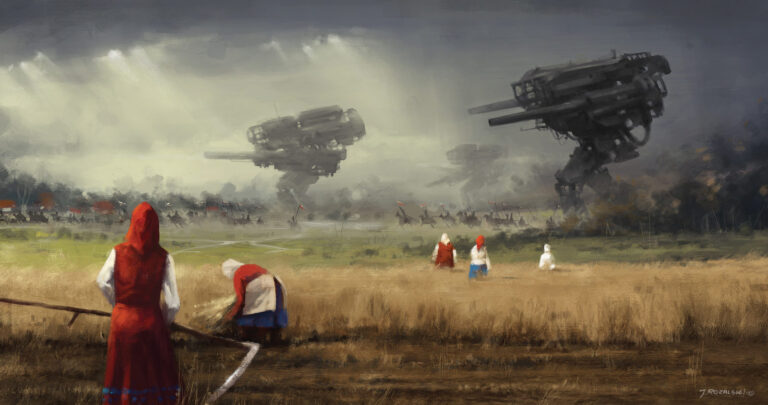 The geek-art community has an affluent and acquisitive sub culture that has a seemingly insatiable thirst for paintings, models and sculptures.

Pop culture, fantasy literature, comic books, manga, sci fi and cult movies – all of these have contributed to an exponential growth in life-like figures and artwork being made that sell for significant sums.

Visit any international tattoo convention or comic-con and you will see a lot of money being spent on fantasy art and sci fi art. Ron Mueck is a celebrated Australian artist working in the UK. Known for his super-sized, hyperrealistic figures, he actually started his sculpting career making puppets and dolls for the film and advertising world.

The distinctions between high and low brow taste seems very firmly drawn here. As art historian David Finn points out, the waxworks in Madame Tussauds of London are not considered great art. However accurate and skilled a figure may be, verisimilitude is not necessarily valuable on artistic grounds. Infact Rodin’s reputation was shaken when he was accused of casting The Age of Bronze from life. Critics felt it was too life-like!

Our cover image at the top of this article is by Polish artist Jakub Rozalski. His epic landscapes, clearly inspired by classical art and techniques, surprise the viewer. Here is a richly coloured pastoral scene of peasant women gathering in the harvest. But what is that in the misty background? Gigantic robots and army cavalry.

It could be argued that fantasy art (sometimes called Fantastic Art) has been around from the earliest times – mythical or folkloric creatures are part of our story-telling heritage, whether that is verbal, written, painted or sculpted.

Greek Gods, winged horses, griffins and chimeras abound in museums across Europe, but it seems unlikely we will see an Ellen Jewett, or something by the Shiflett Brothers in a museum anytime soon.

Canadian Ellen Jewett describes herself as a natural history surrealist sculptor. Each sculpture is hand-made and finished with locally sourced materials painted on with fingers and brushes only.

The Shiflett Brothers, Brandon and Jarrod, are based in Texas and call themselves comic book sculpting nerds. They combine their love of art, gaming and comics, selling to a huge fan base.

Fantasy figures may obsess some, but for others they are not valid artistic statements to be shared in public spaces – hence the arguments that raged over the erection of a statue celebrating writer JRR Tolkien in Moseley in Birmingham, UK in 2012. There were angry scenes at the Council House after a 20 foot statue of Treebeard (designed by Tolkien's great-nephew Tim Tolkien) was approved. Birmingham wanted to capitalise on it's links with the iconic writer JRR Tolkien, who grew up in the area. Moseley Bog is said to have inspired his fantasy worlds.

Whatever your opinion of this art form, you can’t really miss it. And maybe we can agree that all forms of sculpture have value, and may have something to share with us about our material and spiritual condition, and what we value.