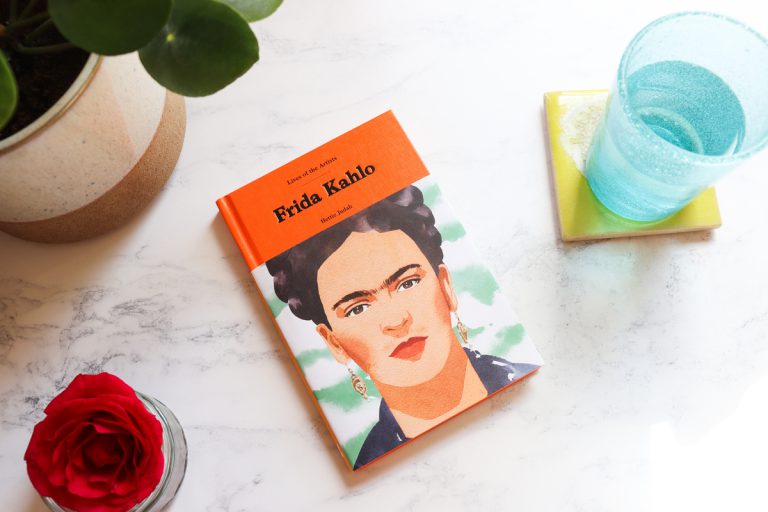 Fridamania is contagious. Reading the Frida Kahlo book written by Hettie Judah almost drags us to the brink of melancholic stroke despite being armed by detachment. Although the story has been adapted and retold several times, the diverse emotionally empowered perceptions that Frida harbored provoke us timelessly! Yes, we are at the behest of her passionate love story, poignant and sarcasm-filled language, and Frida-Diego extramarital affairs.

Hettie Judah is a British author who contributes to several reputable international publications. Her take on Frida Kahlo is biographical and neatly narrative. While Judah describes Kahlo’s life from her childhood until death, the parallel Mexican-political, aesthetic, and marital upsurges are handled with concise linguistic attribution. Moreover, there is a significant absence of unruly or liberal opinions, which maintains the purity of Frida Kahlo book.

However, the most interesting thing that consistently pleases the mind, to continue reading, is the relation of the chronological series of Frida’s paintings. The inclusion of timely artworks is deliberate, helping to decode the Surrealism, Mexican folk, and infrastructural process of Frida’s emotive sensibility.

“Frida’s portrait of New York painted two years later, My Dress Hangs There, illustrates her disgust at the city’s inequality and the hypocrisy of its residents. The base of the painting is collaged with a mass of people, dwarfed by the scale of New York’s steel and forbidding towers. The great stained glass window of a church carries a dollar sign snaking up its crucifix, while the law courts stand on a foundation of sales reports. Her empty Tehuana costume hangs from a blue ribbon between two monuments raised worshipfully on plinths: one a meaningless sporting trophy standing beside an overflowing rubbish bin and a petrol pump, the other a gleaming porcelain toilet.”

Kahlo’s life is unimaginable! Polio at the age of six and a grave trolley-bus-accident at the age of 18, leaving her body disabled for a lifetime. We get to learn about her marriage to Diego Rivera, his warped personality snatching Kahlo’s stability. Both were married while falling in and out of extramarital affairs. The book also shares with us many steamy yet close-knit bonds Kahlo had with lovers like Nicholas Murray and Leon Trotsky, among others.

The Frida Kahlo book is divided into 14 chapters, spanning the three main parts of the artist’s story: the affair with Alejandro and the accident, marriage and abortions, and her everlasting affection for Diego. Channeling her affectionate energy in several affairs, Kahlo was well aware that she saw Diego in all her lovers. The author shows an image of a romantic Frida who was unnerving, relentless, and unfathomable.

There have been two great accidents in my life. One was the trolley, and the other was Diego. Diego was by far the worst.

Frida Kahlo died at the age of 47 in 1954, due to, Hettie Judah submits, a “pulmonary embolism, though the suggestion of a drug overdose, whether accidental or otherwise, remains”. The Frida Kahlo book treads an enchanting road of an overview yet delicately covering distinct aspects.

Get the Frida Kahlo book here – let us know how do you enjoy it!