Daddy, Daddy Cool… Check Out The Cool And The Less-Cool Daddies From Art! 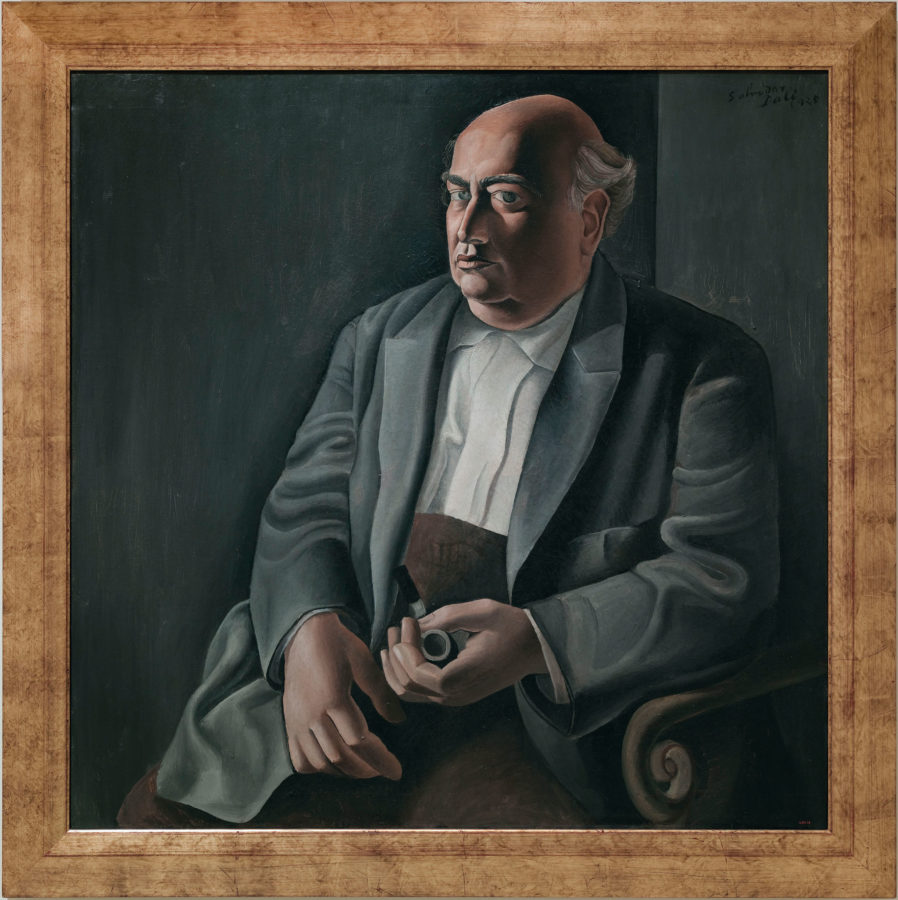 Cezanne’s father was a wealthy lawyer and banker and he, unimpressed with his son’s intention to become a painter, strongly encouraged Paul to go into business. Paul’s eventual rejection of his authoritative father led to a problematic relationship between the two and this tension can be sensed in the portrait: the father seems precarious on the edge of his armchair, and the newspaper is not the journal that the father would normally read. L’Événement was the paper in which Paul’s friend Emile Zola had published favorable reviews of Courbet and Manet, and this way Paul was seeking his father’s approval of his own work.

Max Ernst was a member of the Surrealist group in Paris, which was largely inspired by the Sigmund Freud’s theory of the unconscious and the importance of dreams. Surrealism used irrational images reminiscent of dreams to portray the intricacies of the human mind.This painting is called Pietà but it subverts the traditional imagery of Mary embracing the dead body of Christ. Instead there is an image of the artist himself, held by his father. The painting is seen as Ernst’s rising out of the troubled relationship with his father, who as a staunch Catholic had denounced his son’s artistic work. The second part of the title, The Revolution by Night, refers to the painting as a depiction of a dream that Max might have had.

Frida Kahlo, Portrait of My Father, 1951

Frida was Guillermo’s favorite daughter, “She is the most intelligent of all my daughters and the most like me”, he would say. When Frida was struck with polio at the age of 6, he would make sure that she regularly exercised her leg and foot, as he wanted her to regain total mobility.
Guillermo was an amateur artist himself and he taught himself photography and set up a business as a professional photographer.
After the bus accident, when Frida was in hospital, he gave her his own paints and brushes and her mother found a carpenter who constructed an easel that sat on her bed.

Manet’s father, August, was a dedicated, high-ranking judge and he dreamt the same career for his son. Although Édouard had a passion for art from an early age, he applied to Naval Academy to appease his father. However, he failed the entrance exams and August, skeptical of his son’s skill, reluctantly allowed him to pursue his artistic goals.
This portrait of Manet’s mother and father was ill received by critics. It was made during a hard time for the family since at the time August was robbed of speech and paralyzed by a stroke, which can be seen in the painting.

Edgar Degas also displayed a remarkable skill for drawing as a child. On the contrary to Manet’s father, Auguste encouraged this talent as he was a knowledgeable art lover himself, despite his banking profession.
Auguste was also a skilled composer and he occasionally arranged pieces for musicians to give recitals in Degas’ home. One of such mini-concerts was immortalized by Edgar, in which he portrayed his father intently listening to the musical performance.

Adolf Schiele, the artist’s father, was the stationmaster in the small town of Tulln. Little Egon’s obsession with drawing trains led Adolf to hope that his son would follow in his footsteps or even become an engineer.
Sadly, Adolf died of syphilis when Egon was 15, which had profoundly affected Egon and had marked the rest of his life. In 1913, Schiele wrote in a letter: “I don’t know whether there’s anyone at all who remembers my noble father with such sadness… Why do I paint graves and many similar things? – this continues to live on in me.” Following this loss, Schiele turned to self portraiture depicting himself in mourning – for the loss of his father as well as mourning for his old self.

Joan Miró’s father, Miguel, was a watchmaker and goldsmith, and Joan exhibited a strong love of drawing at an early age perhaps in keeping with his family’s artistic trade.
However, despite the desire to forge a career in the arts, Miró attended the School of Commerce as his parents had commanded him. He didn’t last there long and after three years he abandoned the studies in a state considered a mental breakdown.
The portrait shows Miró with his only child, his daughter Dolores. It even inspired Gerard Malanga to write a poem called Joan Miró and His Daughter Dolores.

Mary’s father, Robert Simpson Cassat (later Cassatt), was a prominent land speculator and stockbroker. He resisted his daughter vocation and refused to pay for her art supplies. She wrote in a letter of July, 1871, “I have given up my studio and torn up my father’s portrait, and have not touched a brush for six weeks.” Mary finally overcame her father’s objections and in 1866, she moved to Paris to join the Impressionist circle.
This painting shows her brother Alexander with his son Robert. Mary’s sensitive brushstrokes convey the closeness between them and are a wonderful portrayal of paternal love.

Salvador Dali, Portrait of My Father, 1925

Dali painted this portrait when he had just been removed from the Academy of Art in Madrid for insubordination as he had found his examiners unfit to judge his work.
His father, who was the notary of Dali’s home town, was furious but he continued to believe in him and he maintained a scrapbook of cuttings about his son’s achievements.
Unfortunately, later on their relationship would turn terribly sour, and Dali’s  subsequent images of his father would be transformed into monsters.

If you find any joy and inspiration in our stories, PLEASE SUPPORT
DailyArt Magazine with modest donation. We love art history and we want to keep going with writing about it.
$5 $10 $25 $50 $100 MONTHLY
Related Topics:artists, dad, fathers