Happy Pancake Day, that is Shrove Tuesday, the last day of carnival season. For Christians, Lent starts tomorrow and this is the last chance to eat  A LOT. Soooo, heat your pan, melt your butter/ vegan butter and start frying! To get you in the mood, we're featuring an American painter Dan Lacey who seems to be obsessed with celebrities and pancakes... [caption id="attachment_9284" align="aligncenter" width="620"] 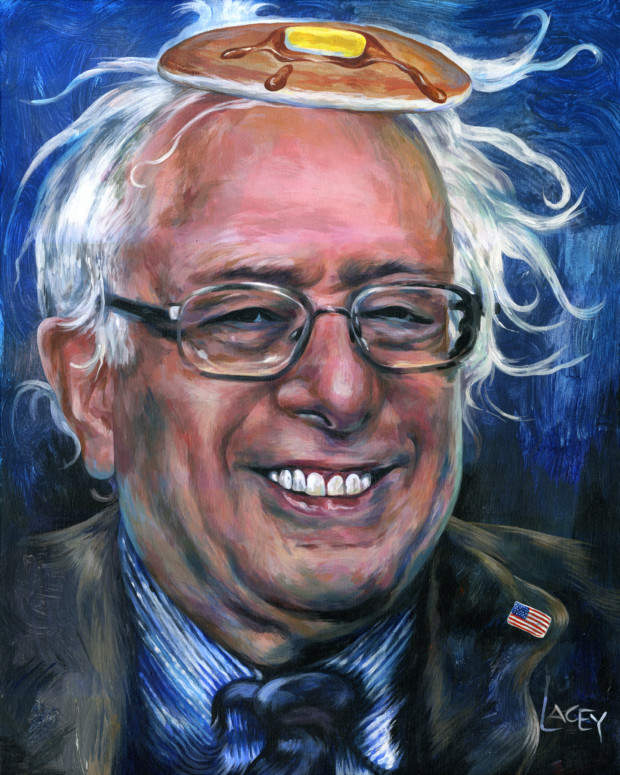 Dan Lacey, Bernie Sanders, 2016, source: https://faithmouse.blogspot.co.uk/[/caption] These are probably the most bizarre paintings I have seen in ages. But the story how they came into existence is quite interesting, as it starts with a meme. Yes, a meme of a rabbit balancing a pancake on its head. Sounds familiar? I don't know what you're talking about. [caption id="attachment_9285" align="aligncenter" width="620"] 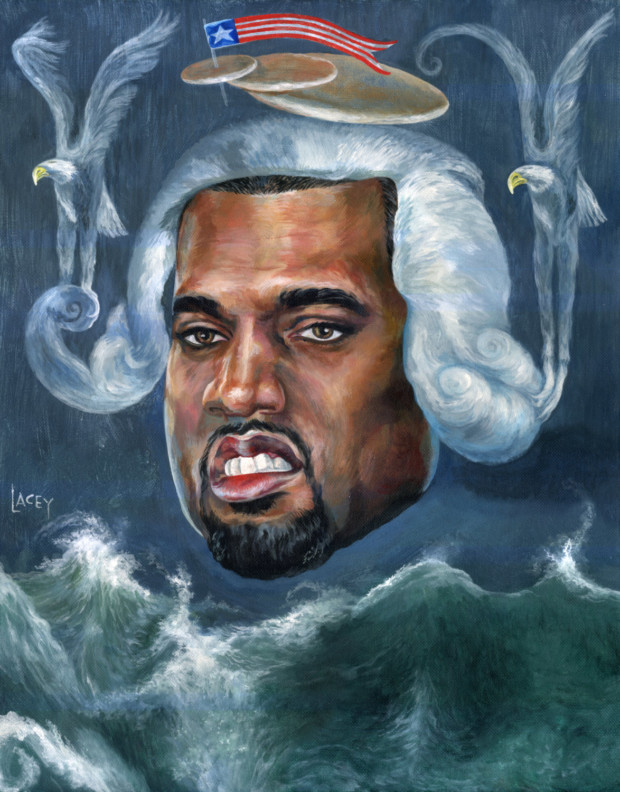 Dan Lacey, Kanye West, source: https://faithmouse.blogspot.co.uk/[/caption] Dan Lacey, the author of the paintings who describes himself as Painter of Pancakes, was inspired by the meme and substituted the rabbit with various politicians (although you can find many, many paintings of WEIRD ANIMALS BALANCING PANCAKES ON ALL THE PARTS OF THEIR BODIES on his blog, too. You should definitely have a look). Then, after politicians, Lacey started to paint celebrities such as Prince, Kanye West, Justin Bieber... [caption id="attachment_9283" align="aligncenter" width="620"] 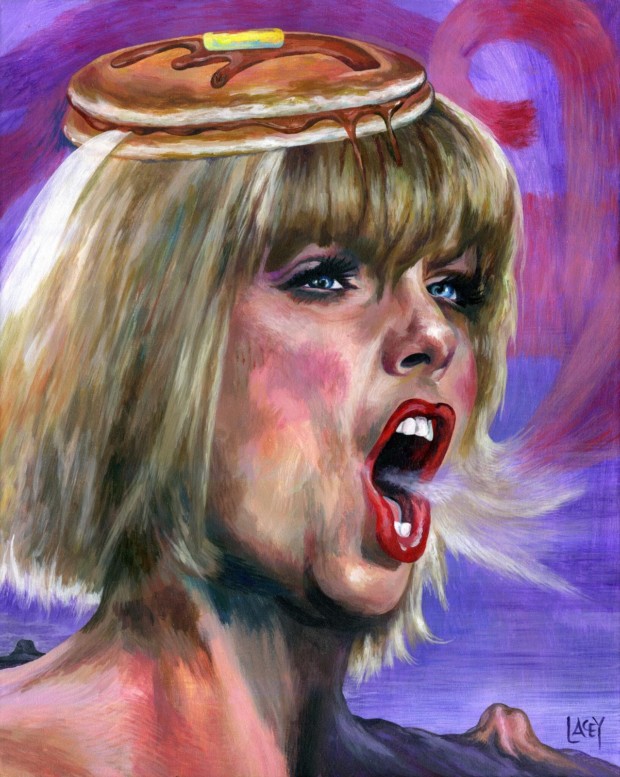 Dan Lacey, Taylor Swift, 2016, source: https://faithmouse.blogspot.co.uk/[/caption] He explained that "the pancake was perfect because it represented nonsense, it represented self-created context. I latched onto it because it was a symbol but still open to interpretation. I still do the pancake, and the meaning of it varies, but it has to do with awareness of oneself. It's also obviously a gimmick." [caption id="attachment_9286" align="aligncenter" width="620"] 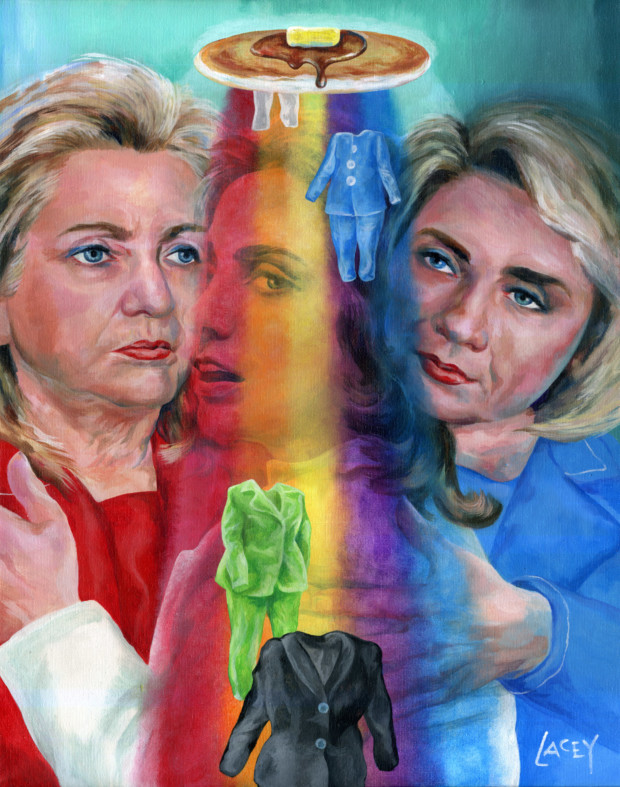 Dan Lacey, Triple Hillary Pancake Rainbow Pantsuit Painting, 2015, source: https://faithmouse.blogspot.co.uk[/caption] Lacey confessed to producing a couple of paintings a day. Almost everything he creates, he easily sells on eBay (he takes commissions too if you're looking for a late Valentine's gift). He lives off his pancakes. I wish I could do the same.

Enjoy your pancakes, painted or not!