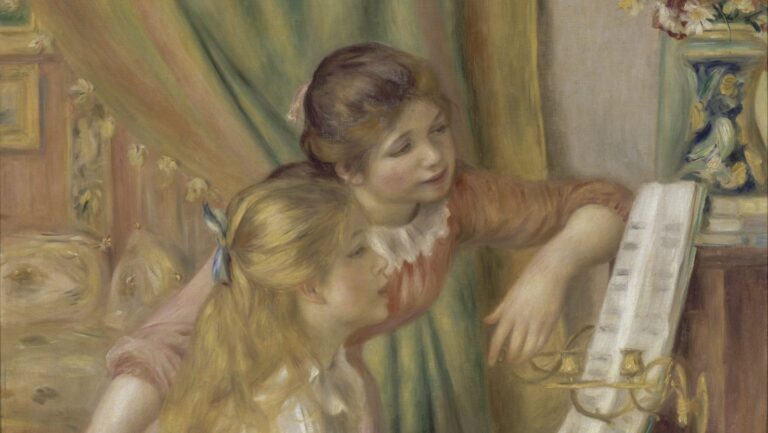 In late 1891 or early 1892 Renoir was invited by the French government to execute a painting for a new museum in Paris, the Musée du Luxembourg, which was to be devoted to the work of living artists. He chose as his subject two girls at the piano - on which Renoir was so focused on it that he painted this composition in three variations in oil and two sketches, one in oil and one in pastel. Known by the artist as repetitions, they were executed to fulfill commissions from dealers and collectors. The work is on public display at the Musée d'Orsay in Paris, Metropolitan Museum of Art in New York, and the Musée de l'Orangerie in Paris. [caption id="attachment_6859" align="aligncenter" width="620"] 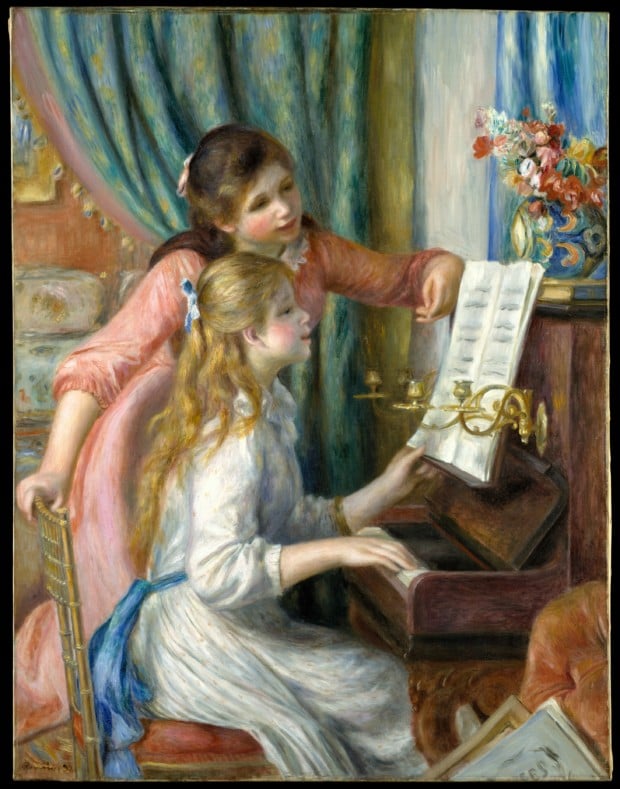 Auguste Renoir, Two Young Girls at the Piano, 1892, Metropolitan Museum of Art[/caption] These two young girls sit at a piano in a bourgeois home. One in a white dress with blue sash seated playing and one in a pink dress standing. Pissarro and Monet routinely painted series of variations on a single theme, but their works were intended to be shown together to chronicle the effects of light and atmosphere, while Renoir’s repetitions were independent essays in composition. In particular, details and poses changed subtly, and the sketches eliminate most of the background elements. The repetition of this motif shows Renoir's interest for a subject he had moreover already treated. We know that the painter was always dissatisfied and kept on reworking his paintings, but such a concentrated effort on one and the same composition remains unique.