Anna Atkins: Photography and the Botanist 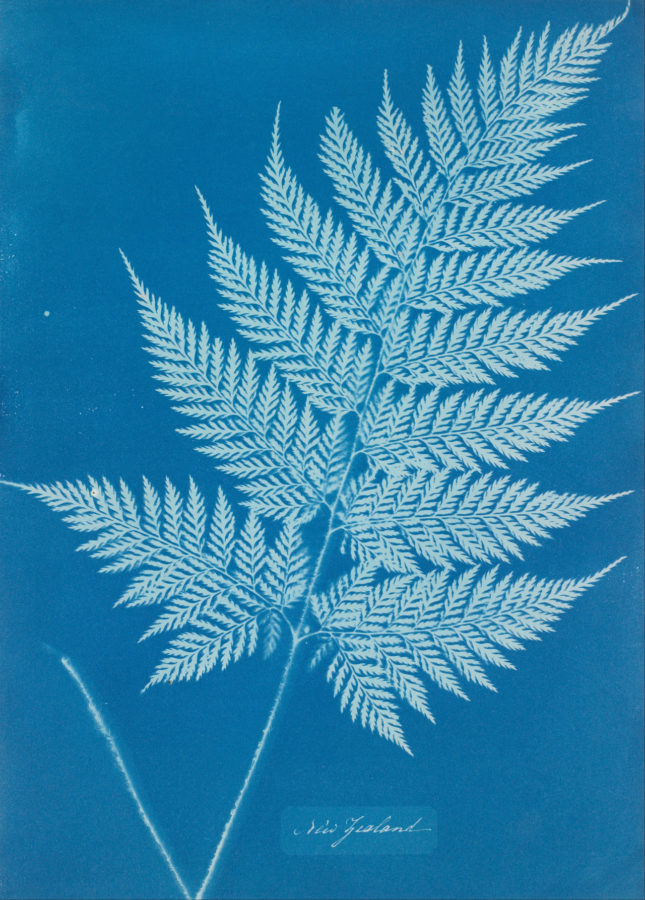 Anna Atkins turned to photography not because she loved this medium – but because it was useful to her. Atkins was a botanist, who developed an interest in photography as a means of recording botanical specimens for a scientific reference book entitled British Algae: Cyanotype Impressions. Her photographs are stunning:

Atkins was lucky – she learned directly about the invention of photography through her correspondence with its inventor, William Henry Fox Talbot. She owned a camera, but she used only the cameraless photogenic drawing technique to produce all of her botanical images. She used cyanotype photogenic drawing and she learnt this method through its inventor, the astronomer and scientist Sir John Herschel, a family friend.

Atkins applied the process to algae (specifically, seaweed) by making cyanotype photograms that were contact printed “by placing the unmounted dried-algae original directly on the cyanotype paper.” She printed and published Part I of British Algae in 1843 and in doing so established photography as an accurate medium for scientific illustration.

Fun fact: some sources claim that Atkins was the first woman to create a photograph, but other sources name Constance Talbot, the wife of William Fox Talbot, as the first female photographer.

British Algae: Cyanotype Impressions was self-published by Atkins in October 1843 with a limited number of copies, and with handwritten text. Atkins produced a total of three volumes of Photographs of British Algae: Cyanotype Impressions between 1843 and 1853. Only 17 copies of the book are known to exist, in various states of completeness. If you want to see more of British Algae, British Library in London published everything they have online.

This article was written with a great help of museum websites that provided us with insightful descriptions of  Atkins’ works.