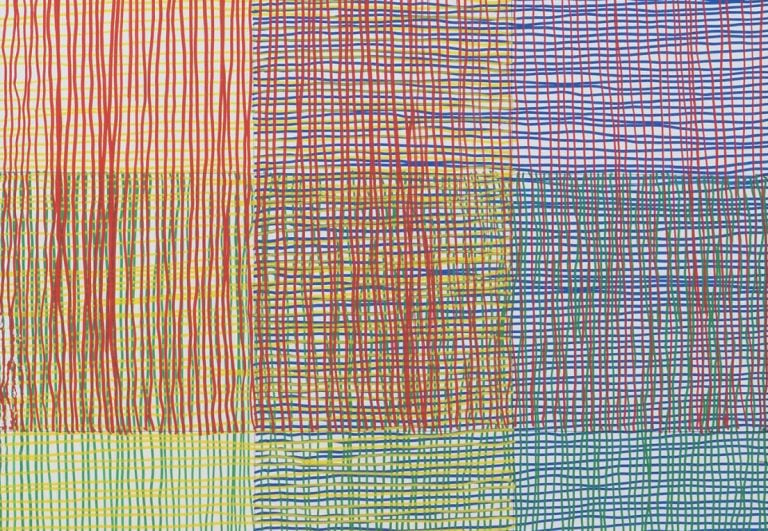 Ann Sutton has become one of the foremost textile artists in the UK. Her career began in the 1960s when she trained as a weaver. By the age of 21, she was running the Weave Department at West Sussex College. Later, her works were exhibited worldwide and featured in many public and private collections, including the Victoria and Albert Museum in London.

Over the past five decades, Sutton has been experimenting, exploring, and working with weaving until she felt she had done everything she could with this technique. She has a fascination with the grid structure which is fundamental to weaving and is evident in her new work which she describes as “spatial drawings”. These three-dimensional drawings have a different appearance depending on which angle you view them from. In this, her most recent body of work, the grid is the starting point for nearly all of the pieces.

Although Sutton’s work has a strong element of craft, she doesn’t describe herself as a craftsperson, but as a maker. She is fascinated by the potential of the materials – in the 1960s she worked with plastic, a new material that had yet to be explored. In her latest explorations, her sustained interest in experimenting with new techniques and processes is clearly visible.