All About Oscar for the Day After the Oscars 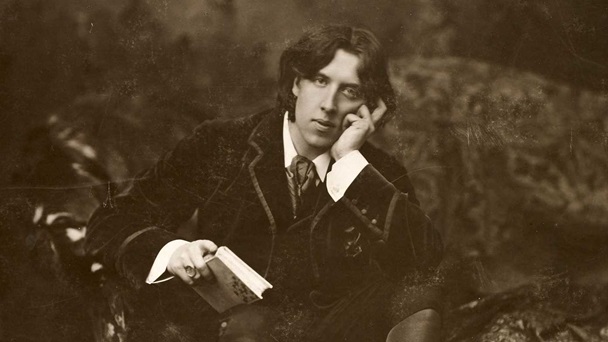 I’m writing this post before the night of the Oscars but I’m not going to tell you my bets, guesses and hopes for the winners. I thought that I would focus on the name Oscar instead and show you stories of two men who were happy bearers of this name:

He’s probably most famous as a model of the portraits made by Parisian boheme than for his own art. He was a sculptor, born in Vitebsk (in today’s Belarus) to a Jewish shopkeeper, trained at the School of Fine Arts in Odessa. when he was 20, he moved to Paris where he joined a large community of artists-emigrants, many of them Jews from Eastern Europe, which had its base in Montparnasse.

He enrolled at the Ecole des Arts Décoratifs and Ecole des Beaux-Arts before embarking on a career as a sculptor and he exhibited regularly from 1912 at the public art salons and at international group exhibitions. However, he made a bigger career as an art collector and private dealer. Sharing a studio with the painter Chaïm Soutine in the Cité Falguière, he quickly befriended other expatriate artists like Amedeo Modigliani, Diego Rivera, and Jacques Lipchitz.

In 1925, Miestchaninoff moved with Lipchitz into a two-family studio-residence commissioned from Le Corbusier in Boulogne-sur-Seine (9, avenue des Pins). The house had to be big because it included a gallery to display Miestchaninoff’s private art collection amassed over the years. During the war, he left for New York where he joined a community of displaced Parisian artists and later moved to Los Angeles. After his death in 1956, his widow Beatrice Miestchaninoff offered her husband’s sculptures as well as some parts of the collection to museums in the United States and France.

Beardsley and Wilde’s relationship was pretty dynamic: first they were both inspired by each other’s work, but when Beardsley was contracted to provide the illustrations for the English translation of Salome being done by Lord Alfred Douglas, Wilde’s opinion of him dramatically changed. He considered his style too Japanesque, which didn’t suit the play in his opinion Byzantine. He said that his drawings were “like the naughty scribbles a precocious boy makes on the margins of his copybooks.” In retaliation, Beardsley made this portrait, showing Wilde struggling with his French: on a pile of books we see a French dictionary, a “First Course” in French, and French Verbs at a Glance…

This caricatural portrait was painted in the same year in which the Marquis of Queensberry, the father of Lord Alfred Douglas, accused Wilde of being a ‘somdomite’ for having had an affair with his son. Wilde sued him for libel but lost and subsequently spent two years in prison. After that, bankrupt, ill and shunned by society, he spent the remainder of his life in Europe where he died aged 46.