Is AI Painting the Future of Art? 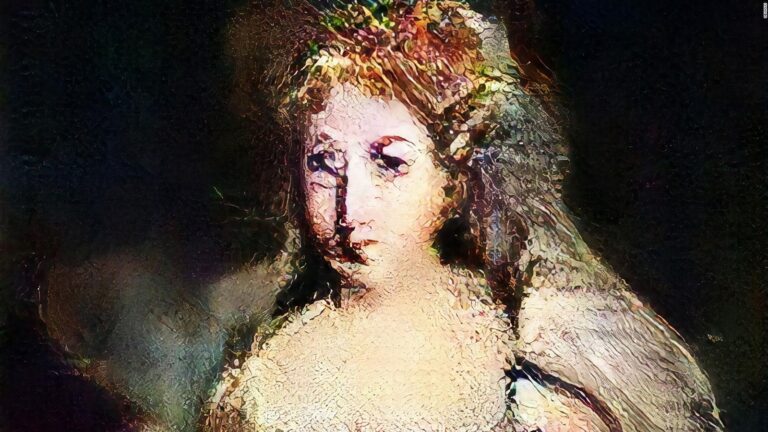 Times change and technology becomes engrained deeper and deeper in all areas of our lives. Art is not spared either, last October we heard a controversial piece of news: for the first time in history, Christie’s auctioned an AI painting. And it was sold for $432,000…

How is it possible?

Entitled “Portrait of Edmond de Belamy”, it feels like a sketch or an unfinished painting composed of quick and brisk brushstrokes. In the bottom right corner, in the spot of a usual signature of the artist, we can see an algorithm with which the painting was created, called the Generative Adversarial Network algorithm (GAN). First, the system was filled with a data set of 15,000 portraits originating between the 14th and 20th centuries. Then, the first part of the algorithm, the generator, generated new images based on this set. Subsequently, the second part of the algorithm- the discriminator, compared the generated images with the paintings painted by humans. The work was over when the discriminator couldn’t tell the two apart.

Who came up with this idea?

The whole process was conceptualized and supervised by the Paris-based collective Obvious (you can follow their activity on their Instagram account). As they introduce themselves on their website, they are a group of friends, artists and researchers, whose main motivation is “to explain and democratize” the advances of Artificial Intelligence and Machine Learning through art made by experimenting “with the notion of creativity for a machine”. The algorithm they used was invented by Ian Goodfellow, which loosely translated into French as “bel ami” gives a name to the whole series of 11 portraits of various family members of the fictional Belamy family.

As Richard Lloyd, international head of prints and multiples at Christie’s says, before AI has been used as a tool by contemporary artists. As the technology develops, the members of Obvious emphasize the independence and creativity of the machine: “We wish to emphasise the parallel between the input parameters used for training an algorithm, and the expertise and influences that craft the style of an artist. Most of all, we want the viewer to focus on the creative process: an algorithm usually functions by replicating human behaviour, but it learns by using a path of its own.” Can we even use the word ‘creativity’ when we speak about AI paintings? Food for thought.