A Glimpse of Maritime Life in the Past in 7 Artworks 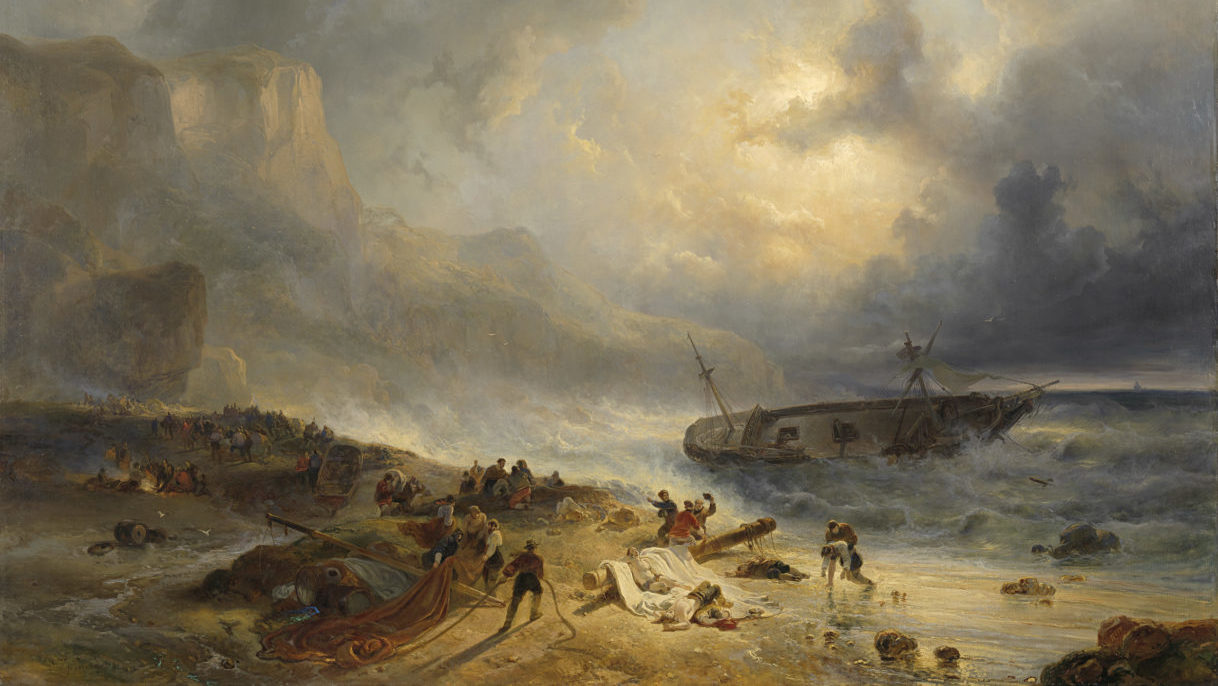 Harbour – A Place of Exchange

Harbours are places of action, movement and exchanges – a very inspiring environment for artists to depict. The German artist Johannes Lingelbach moved with his family to Amsterdam at an early age, but he also lived in Rome for several years. He made this painting around twenty years later, on his return to Amsterdam. It is an imaginary lively scene of a Mediterranean harbour. The exotic costumes, a lot of movement including a person riding a camel set in classical architecture. The artworks by Lingelbach were very popular with collectors for a long time.

The Dutch painter Adam Willaerts made a great many fantasy landscapes, to which he often added realistic elements. In the background of this painting, you can see the palace of Rudolf II in Prague. Three-masters with billowing sails and fluttering flags lie just off a rocky coast. Along the shoreline, people are busily bringing the fish ashore. The fish are already being sold in the foreground.

Very different from the previous two, this silk painting gives a bird’s-eye view of Nagasaki Harbour. Dutch and Chinese ships lie at anchor and small fishing boats bob in the foreground. On the left is the crescent-shaped island of Deshima. From this small island, the Dutch were the only Westerners to trade with Japan from 1641 to 1859. The densely built-up Dutch trading post proudly flies the national flag. The Chinese trading post was founded on the rectangular island at the far left.

Unfortunately, not all ships safely make it to a harbour. Artists knew it too and used the sea as a symbol of the power of nature. Just like this highlight of Dutch Romanticism by Wijnand Nuijen. During a storm, a three-master has struck a rock and foundered. The crew desperately combs the beach in search of survivors. Rays of sun pierce through the gloomy sky and afford a view of the overwhelming sheer cliffs, which make the people seem even smaller.

On an agitated sea, we can make out people, boats and sails. The shifting colours and lights bring out the haze, the winter sun through the clouds and the powerful swell of the waves. This is one of a series of atmospheric coastal scenes Turner painted in the 1840s. Despite his position as one of the leading figures of British art, this work has rarely been shown. But it is an extraordinary example of Turner’s technique, which already in his lifetime was aptly described as ‘airy visions painted with tinted steam’.

The Importance of Fishing

Waiting for the catch was a daily event on the beach at Scheveningen. Everyone in the village, young and old, came out to pilot the boats to shore, to haul them up onto the beach by horse, and to snap up the freshly caught fish. The format and composition that Maris chose for this painting draw us into the scene; we seem to be queueing up, as it were.

Whale oil is oil obtained from the blubber of whales. In the early industrial societies in Europe, the demand for train oil had increased greatly because it proved to be a good alternative to vegetable oils, from which candles, lubricants, lamp oil and soap were made. On this painting, three Dutch whalers navigate the Arctic Ocean amid walruses and ice floes. The crewmen are hunting whales, while simultaneously trying to fight off polar bears.

If you find any joy and inspiration in our stories, PLEASE SUPPORT
DailyArt Magazine with modest donation. We love art history and we want to keep going with writing about it.
$5 $10 $25 $50 $100 MONTHLY
Related Topics:featured, maritime