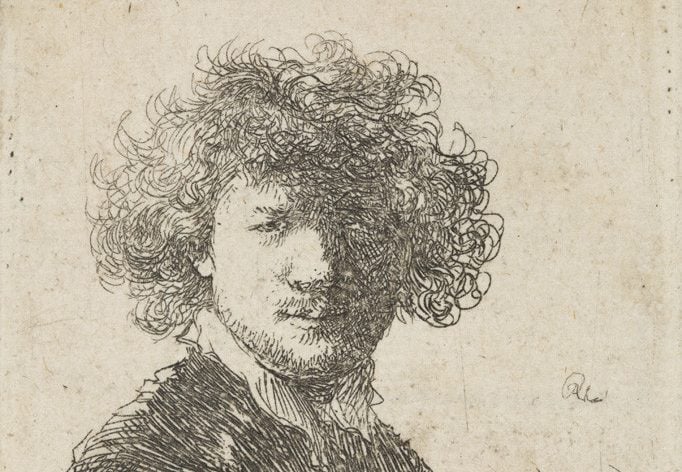 If you happen to find yourself in Amsterdam, then you just can’t miss Rembrandt House Museum (Museum het Rembrandthuis). It was the Rembrandt family’s home between 1639 and 1658, which was turned into a museum over 100 years ago. If you still have doubts about whether you should spend a couple of hours of your precious time precisely there, here are eight reasons why you should make up your mind and go to Rembrandt House Museum.

The house was built in 1607 in a place known then as Sint Antoniesbreestraat. It was a kinda hipster area of settlement of many rich merchants and artists.

In 1639, Rembrandt purchased the house for 13,000 guilders, which was a huge sum. The artist didn’t have enough cash to buy it but he was allowed to pay it off in installments. The same year, Rembrandt was awarded the prestigious commission to paint The Night Watch; he was earning a lot of money.

He was earning a lot of money but he was unable – or unwilling – to pay off the mortgage. This was eventually to bring about his financial downfall. Between 1652 and 1656, Rembrandt made frantic attempts to get his hands on money to pay off his debt. He did not succeed and was forced into bankruptcy.

4. Commemorating His Loved Ones

The house was also the scene of personal tragedy: Rembrandt’s wife Saskia and three of his children died here.

The house was auctioned in 1658 and fetched something over 11,000 guilders. Rembrandt moved to a small rented house on the Rozengracht, where he lived until his death in 1669. The Self-Portrait you see above was painted in 1658. Of the many self-portraits Rembrandt painted over a lifetime, this is perhaps the greatest, not only for its poignant revelations of the self but for his sure handling of paint. He doesn’t look like a man who has just lost his house, does he?

In 1911, the City of Amsterdam bought the Rembrandt House and made it a museum – preserving it both as a shrine of a revered national artist and as an imposing example of 17th century Dutch architecture.

The core of the Rembrandt House collection are Rembrandt’s graphic works: etchings, drawings, and copper plates. It provides an almost complete overview of Rembrandt’s graphic oeuvre: 260 of the 290 etchings he made are represented here. The museum also owns a small number of paintings by Rembrandt’s teacher, his pupils, and his contemporaries.

The museum organizes very interesting workshops, usually free of charge: on how etchings were printed in the 17th century, or how the paint was made in Rembrandt’s time. They are definitely worth seeing and participating in.

Here you will find more info about the museum and its collection: The Rembrandt House website. I hope you’re convinced now!