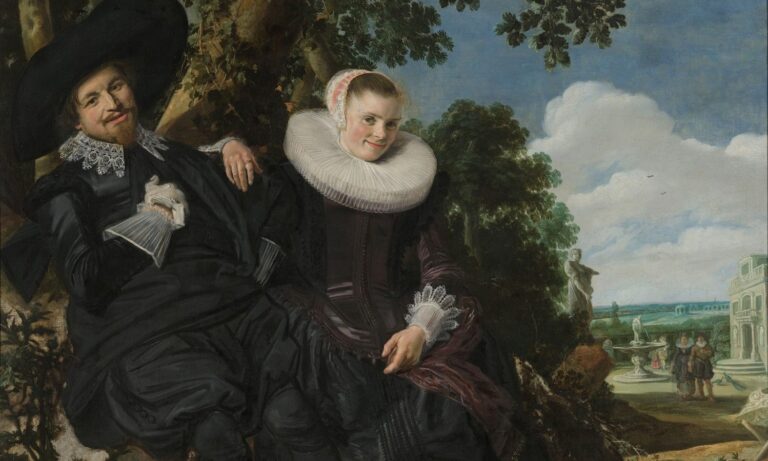 Valentine’s Day is here and the internet is full of advice on how to make this day special. We’re joining with a few ideas inspired by art history, illustrated by beautiful artworks from Rijksmuseum and Mauritshuis. Enjoy! 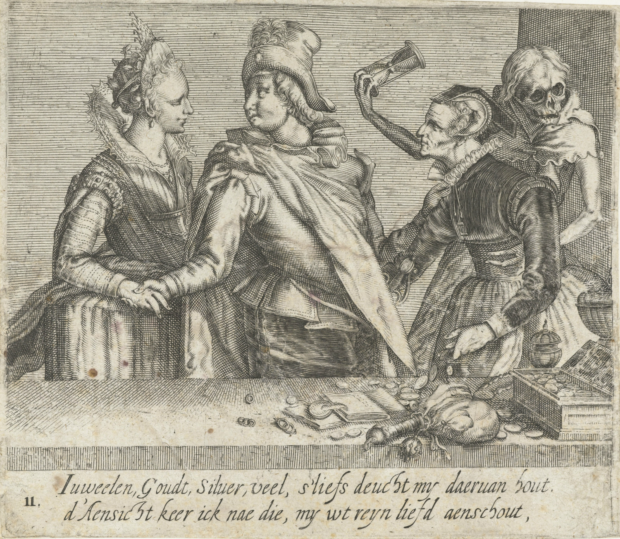 True Love, Andries Jacobsz Stock, Rijksmuseum, public domain[/caption] Love or money? The ever-relevant dilemma is a recurring topic in works of art and culture. These 17th-century prints encourage you to choose for love.On this print by Andries Jacobsz Stock, a Baroque engraver, printmaker and illustrator, a young man refuses the offer of an old rich lady and chooses the virtuous young woman - his real love. [caption id="attachment_9299" align="aligncenter" width="620"] 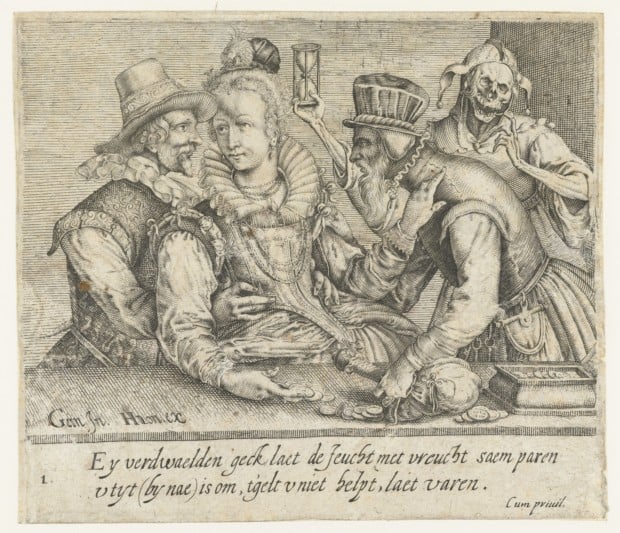 Unequal Love, Andries Jacobsz Stock, Rijksmuseum, public domain[/caption] Here, the old rich man interested in the young woman is addressed by Death, telling him to leave the young lovers in peace, as his time is nearly up and the money cannot buy the girl’s love anyway.

2. Get a portrait together 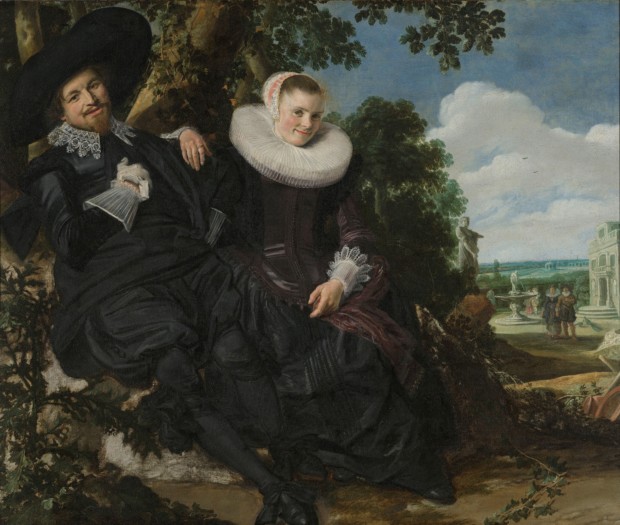 Portrait of a Couple, Probably Isaac Abrahamsz Massa and Beatrix van der Laen, Frans Hals, Rijksmuseum, public domain[/caption] Taking a selfie with your love seems like the most obvious thing in the world. Yet, this kind of painting, with both members of the couple on the same canvas, was very unusual in the works of Frans Hals. Most of the double portraits consisted of each person painted on a separate panel. The portrait was probably created to celebrate the marriage Isaac Abrahamsz Massa and Beatrix van der Laen in 1622. They were both member’s of the Dutch elite - wealthy and educated. They were also friends of Hals, which could explain the playful and informal character of the artwork, and the outdoor setting. 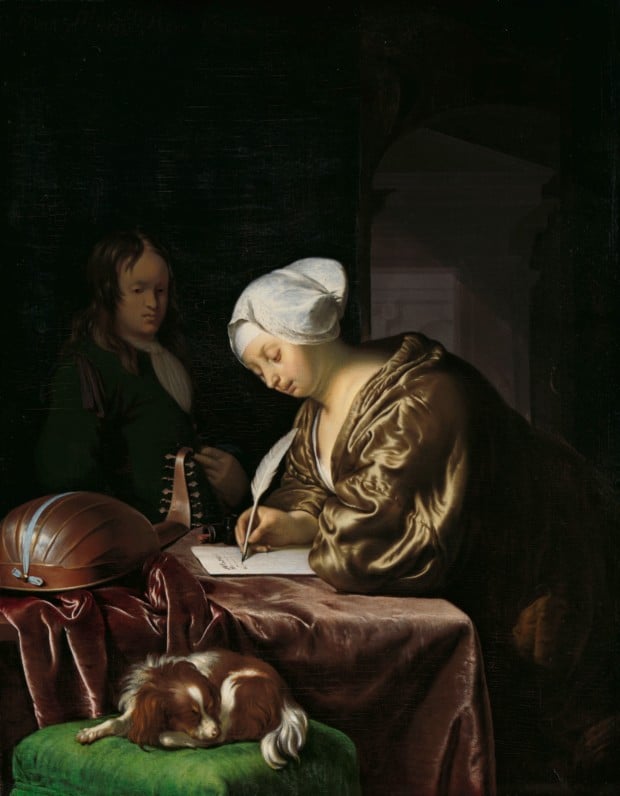 The Letter Writer, Frans van Mieris, Rijksmuseum, public domain[/caption] Writing a traditional love letter on paper is one of the most romantic things you can do. While there will be no messenger to wait for you like on this painting by Frans van Mieris, you can try to write with a feather quill and have your pet keep you company. Curious how do we know that the lady in the painting is actually writing a love letter? It is suggested by the lute which from ancient times has symbolised youth and love. 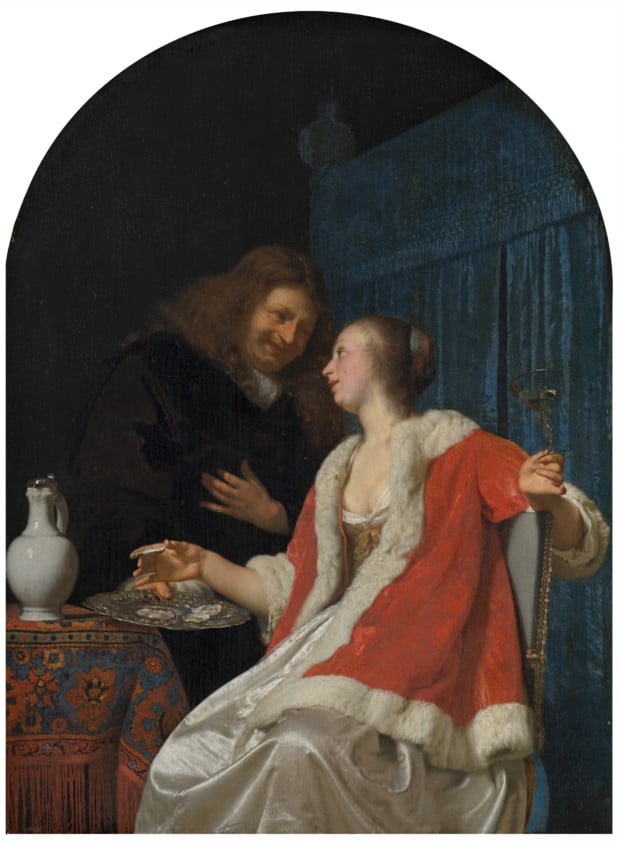 The Oyster Meal, Frans van Mieris the Elder, Mauritshuis, public domain[/caption] Is the way to a (wo)man's heart really through his/her stomach? The man (Frans van Mieris himself) on the picture seems to believe so, trying to seduce the lady (his wife) by offering her oysters, traditionally having a reputation as an aphrodisiac. The wife, holding an oyster in her hand and provocatively showing her décolleté, seems to enjoy this romantic meal. 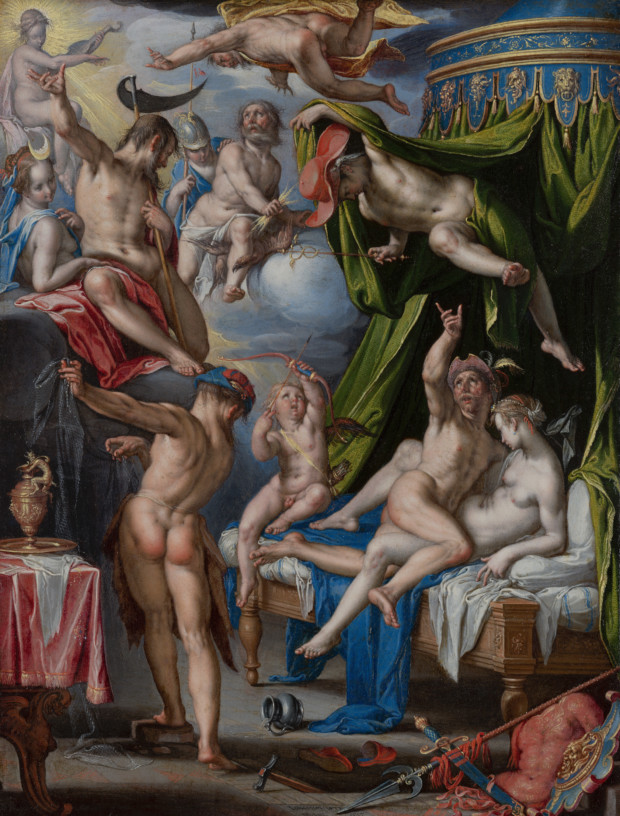