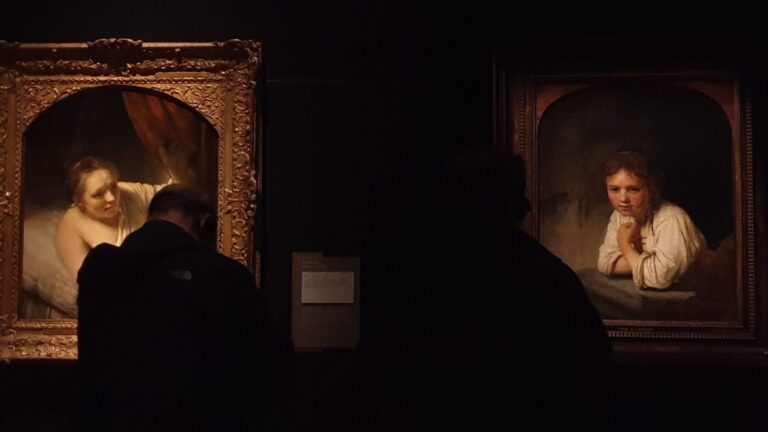 Imagine now the situation, because this, just like may other art burglary attempts is movie material. The relatively small Dulwich Picture Gallery, quite far from the city center, Wednesday night, around 11 pm, it is cold, humid, and dark outside. Someone breaks into the silent gallery and removes two selected paintings from the 35 Rembrandts hanging in the exhibition space. According to Detective Inspector Jason Barber from the Flying Squad: “This was an audacious attempted burglary and was clearly planned in advance.”

Luckily for all of us, the planning was not impeccable. The burglar triggered the gallery’s security systems and at 11:30 p.m. the police were called. Officers arrived mere minutes later and, following a search of the area, challenged an intruder and one of them gave chase. Then the intruder sprayed the officer in the face with an unknown substance, managing to get away. Thankfully the police officer was not seriously injured and swiftly located one of the paintings. Police and security staff found the second painting shortly thereafter. Both paintings never left the gallery and are now safe.

As always in such cases, the question is not so much “why?,” we can all safely assume it was for the money. But who? (Which we may find out in due course.) And who was the buyer? (Which will probably remain a mystery, if the previous experience is to guide us.)

At this time the gallery has not disclosed which paintings were targeted and remains closed for investigation. Below, you can find a selection of the paintings by Rembrandt that were displayed on the Dulwich Picture Gallery exhibition.