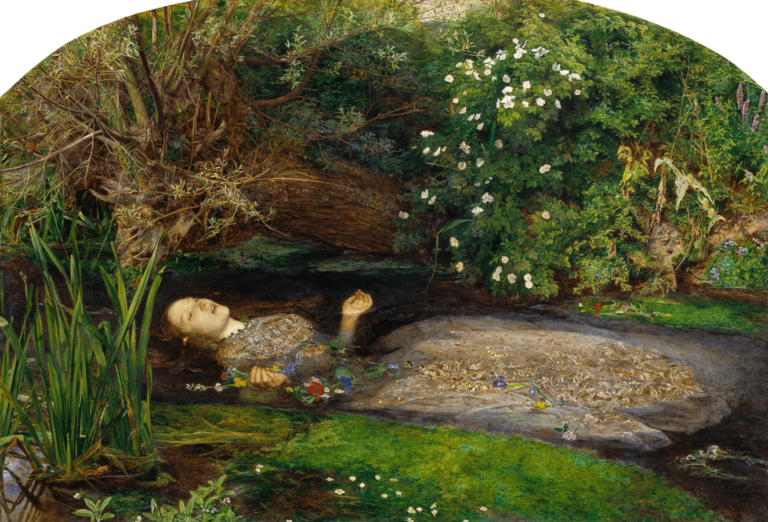 "To be or not to be, that's the question". With that simple sentence, you certainly remembered one of the greatest geniuses in universal literature, did you not? William Shakespeare, author of Romeo and Juliet and Hamlet is one of the most consecrated writers of history. His plays are classics of dramaturgy and source of inspiration for many works, such as John Everett Millais' artworks.

Shakespeare was born in 1564 and produced most of his works from 1585, that is, during the Renaissance period. In his company, besides writing, this multiple artist also directed and acted in his pieces. He was a writer of his time, a man of the theater of his time. But at the same time, he was also generous with posterity, because he leaves pieces that deal with timeless themes: love, hate, revenge, justice, jealousy, were presented by him in his work.  John Everett Millais (1829-1896) known for integrating the Pre-Raphaelite Brotherhood, portrayed precious scenes from the bard's pieces. Among these productions, two stand out: Ophelia, from the play Hamlet and Lear and Cordelia, from the play King Lear. [caption id="attachment_8824" align="aligncenter" width="666"] 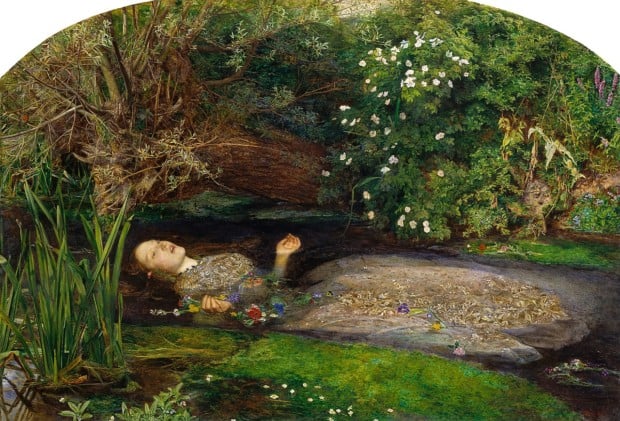 John Everett Millais, Ophelia, 1852. © Public Domain. Tate Modern[/caption] This painting is one of the most beautiful works of Millais, and one of which made it very popular in the times of the Pre-Raphaelite Brotherhood. His inspiration comes from the play Hamlet, one of the main tragedies of the english writer. In Hamlet, Shakespeare shows the story of the young prince of Denmark, alerted by his father's ghost that his uncle was responsible for the premature death. Hamlet vows revenge, but after the oath, he seems like questions his own validity. It is in this scenario that combines justice and revenge that Ophelia's suicide happens. [caption id="" align="aligncenter" width="890"] 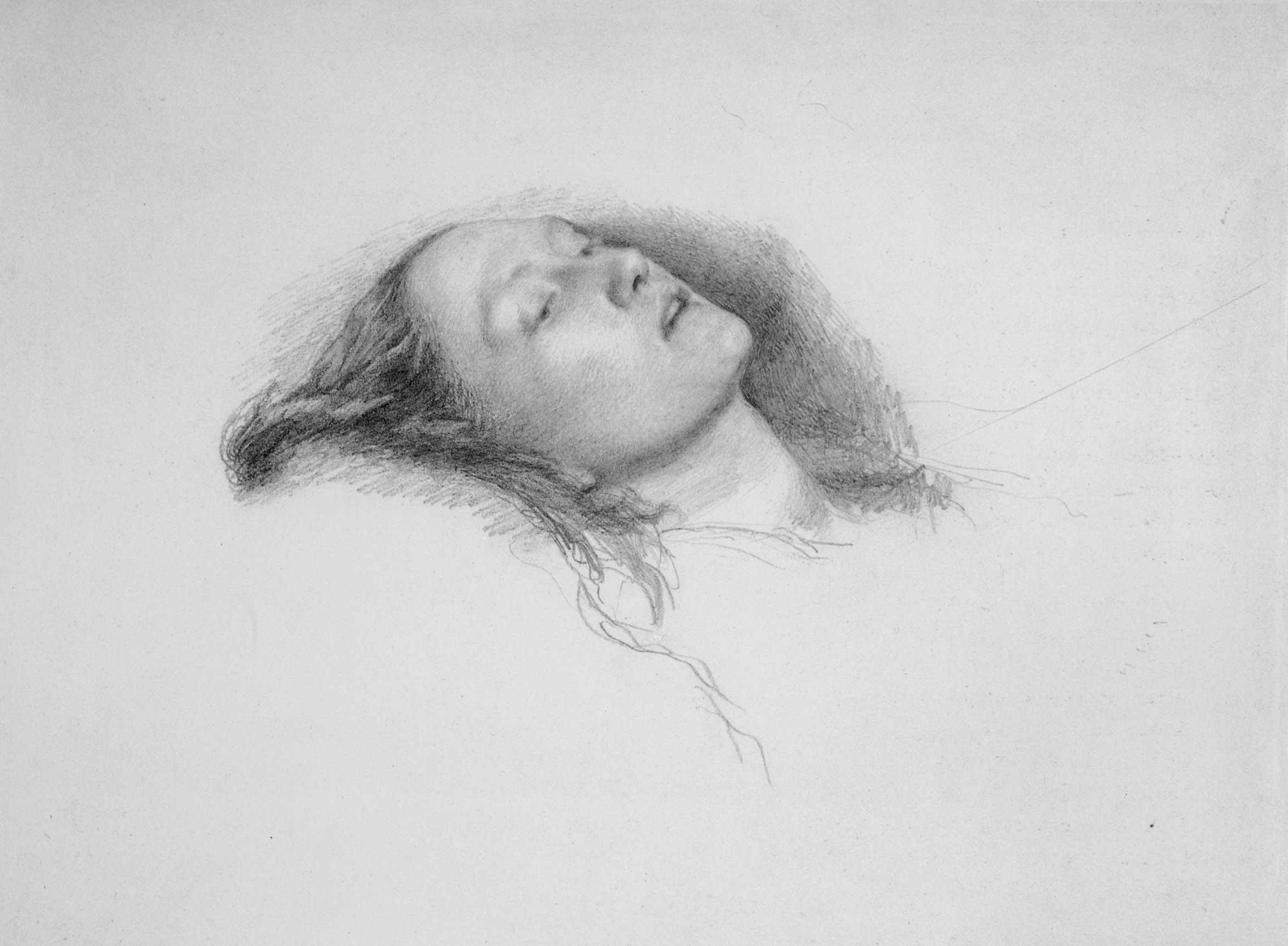 John Everett Millais, Study for Ophelia, 1852. Birmingham Museum and Art Gallery, UK.[/caption] Ophelia was Prince Hamlet's girlfriend, and commits suicide by throwing herself into a stream. Millais represents it centralized, framed by the vegetation that surrounds the creek, highlighting what the Queen says at the end of Act IV:

"... she chaunted snatches of old tunes as one mermaid incapable of her own distress Or like a creature native and indued into that element."

Completely oblivious to what surrounds her, in the painting Ophelia gives herself to death in a melancholy and servile way. Although the subject is delicate, it is beautiful to see how Millais captured exactly the quality of those verses, showing the girl as if she were part of the scene, to finally "suffocate in the mud". [caption id="" align="aligncenter" width="520"] 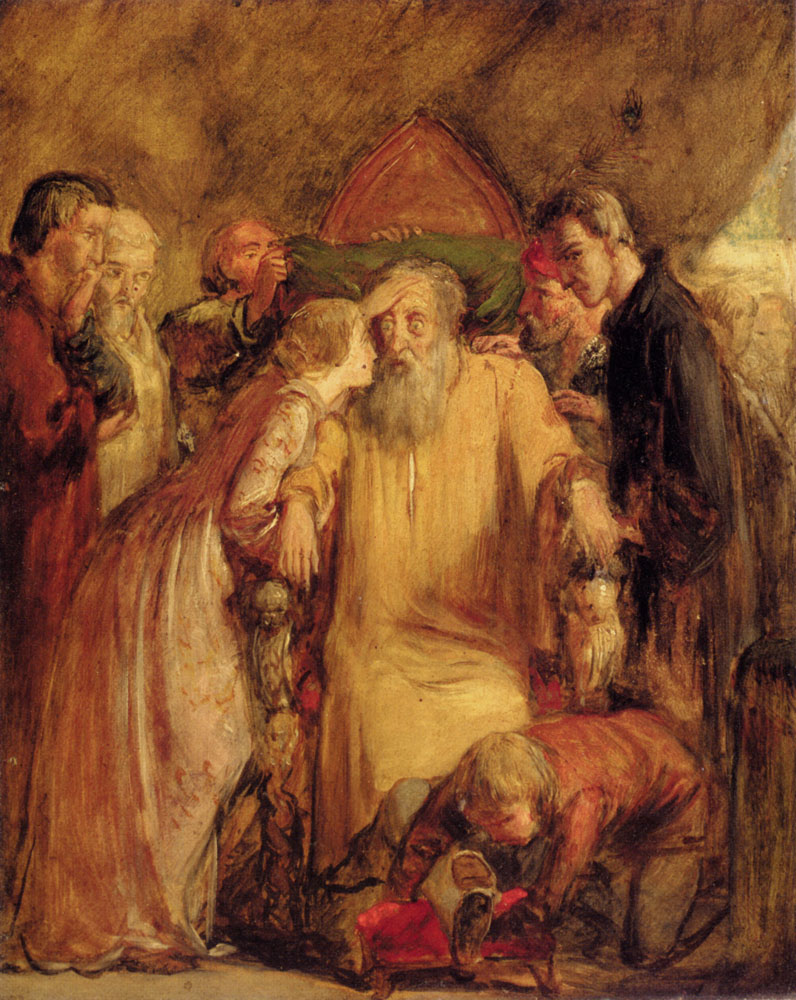 John Everett Millais, Lear and Cordelia, 1891 © Public Domain. Private Colection.[/caption] King Lear is considered one of Shakespeare's most mature pieces as the author, and is a definite tragedy about old age. Already old and tired, Lear decides to deliver his kingdom to the daughters, Regan, Goneril and Cordelia. Unfortunately, the youngest can not show the father who loves him, and is disinherited, while Regan and Goneril, queens of flattery, convince the old king that the love they have is infinite. Pure deception. The two are interested only in their inheritance. In his work, Millais portrays scene VII of Act IV, when Lear, after much pain, rediscovers his disinherited daughter. In painting, as in the play, Lear is in a litter, around him are knights, and Cordelia, who lightly touches his head. When he sees his daughter, he does not immediately recognize her, believing he is dead. Millais captured exactly the moment of confusion of the poor old man, his eyes wide, his expression confused, receiving attention he no longer expected, the way he had treated his daughter. Cordelia lovingly bends over her father, while the knights watch. Lear claims not to be "with a very clear mind" but finally recognizes the daughter. These four works, which are actually two, seem to me to be a conversation between these two artists, both masters, each in his art. Millais' portrayal of Shakespeare's scenes is not only beautiful, or just beautiful from the aesthetic point of view. They are also exciting, by the story they carry. I believe Shakespeare would have loved it. Find out more: If you like this article, please, check more about "Ophelia" here. For more about tragedies and "King Lear", read this.