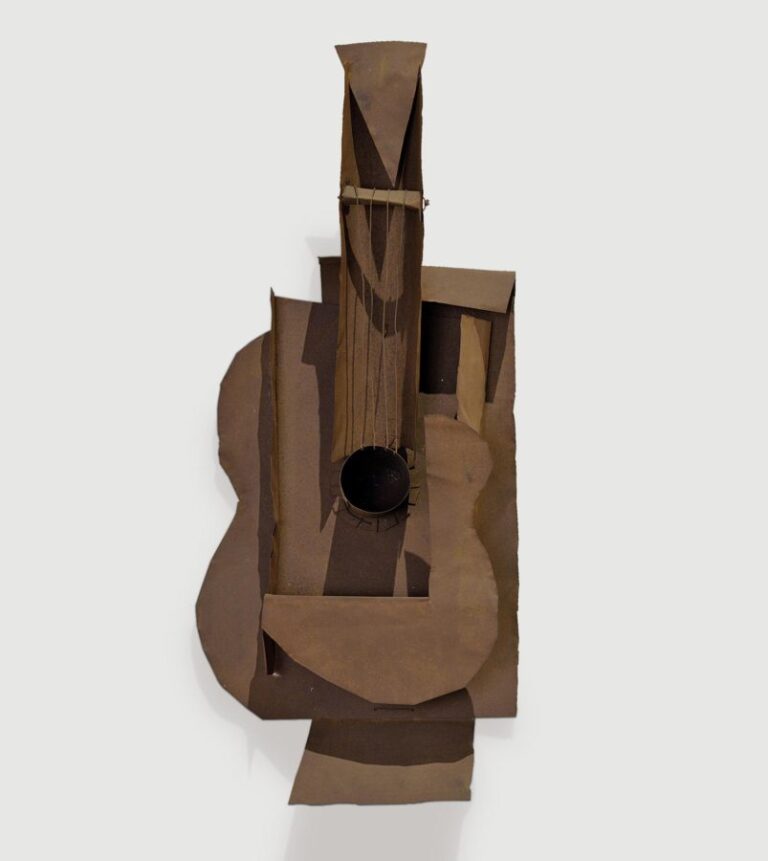 That's pretty obvious - it's a guitar! (whoever had any dirty thoughts given the title, go to read about emotions first). It's probably the most significant instrument for Cubism or even for the entire modern art. It featured in every form and configuration imagined. It played solo and with accompaniment. Ladies and gentlemen, we present: the guitar! 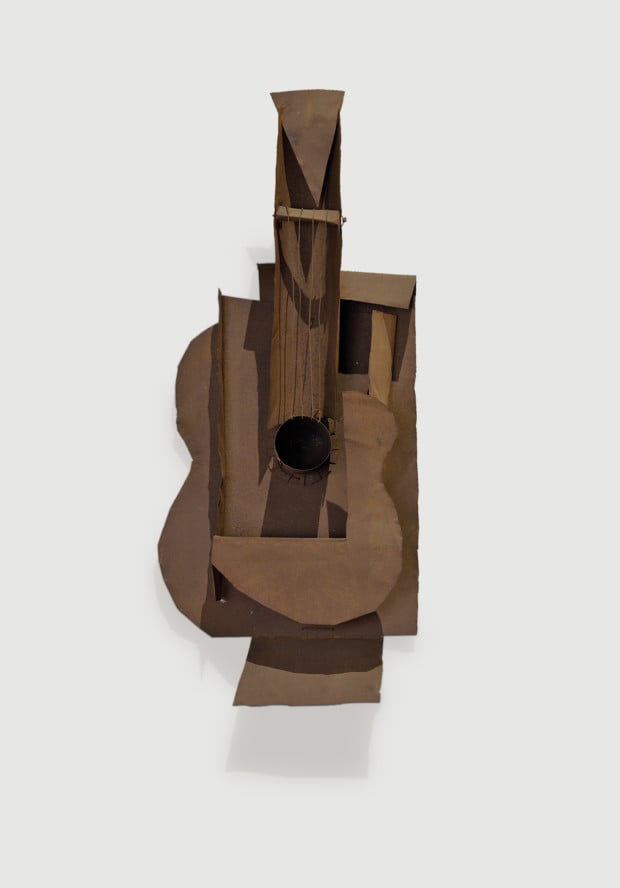 Pablo Picasso, The guitar, 1914, MoMA[/caption] In October 1912 Picasso made something that no one had seen before: he glued together folded cardboard, paper, cut pieces of string and wire and created a guitar. He wrote to his friend Georges Braque: "I'm in the process of imagining a guitar". In 1914, he recreated it in a more durable material: metal. Not only did he give birth to the practice of collage, but also embraced common life subjects, a practice so loved by the later Pop artists. 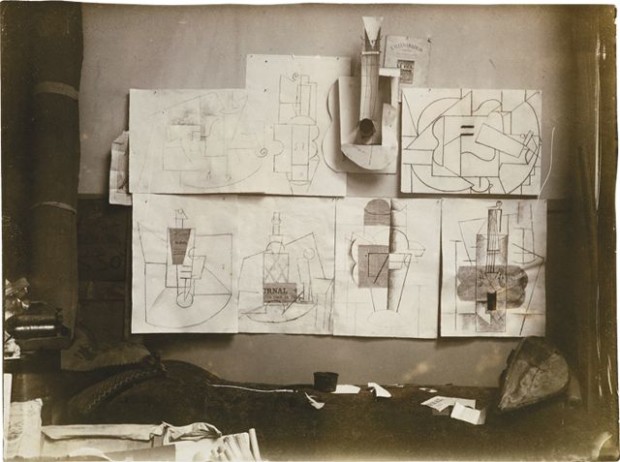 Installation in the artist's studio at 242, boulevard Raspail Paris, December 9, 1912, or later, Private Collection[/caption] Somebody who visited Picasso in his studio and saw the guitar on the wall, asked him what it was what he just saw: a painting or a sculpture? The artist replied that it was neither, nor: "It's nothing, it's el guitare!"(André Salmon, New French Painting, August 9, 1919). 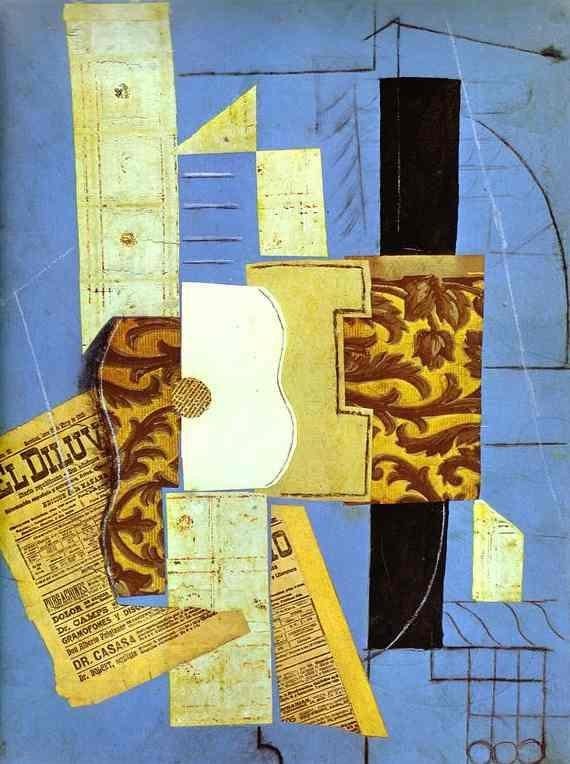 Pablo Picasso, The guitar (El diluvio), Spring 1912, MoMA[/caption] The word collage comes from ‘collé’ which in turn comes from the French verb ‘coller’ which means ‘to stick’, ‘to glue’. Hence, the collages meant that papers, usually it was the newspaper or wallpaper cuts, were pasted onto a harder surface. Picasso was the first one who introduced collage into formal arts. He began his experiments with different materials in spring of 1912. 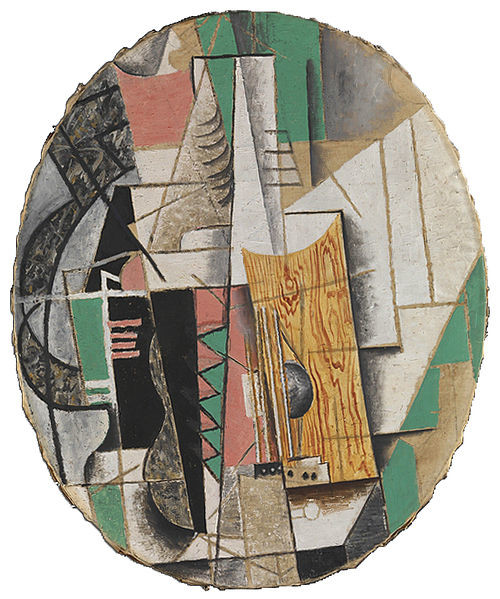 Pablo Picasso, Guitare (Guitar), begun summer 1912, completed Paris, winter 1912-13, National Museum of Art, Architecture and Design, Oslo, Norway[/caption] An inventive work in an unusual tondo (circular) form. It is not a collage, although Picasso mixed here oils and charcoal. He broke the guitar into geometric forms and divided them along several planes. He showed the guitar from different perspectives and angles. And precisely this practice gave a beginning to Cubism.