The Business of Tomorrow – A New Biography of Harry Guggenheim 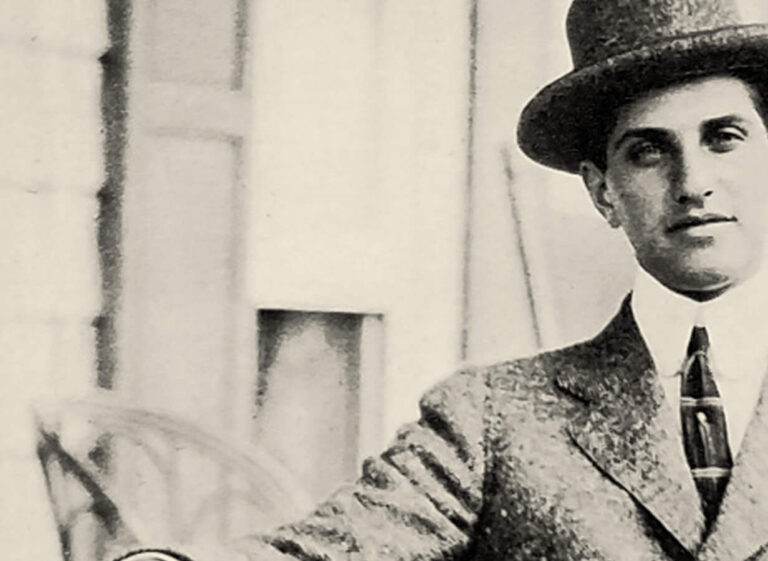 Book cover of by The Business of Tomorrow: The Visionary Life of Harry Guggenheim – From Aviation and Rocketry to the Creation of an Art Dynasty by D. Smillie, New York, Pegasus Books Ltd, 2021. Detail.

Dirk Smillie’s new book, The Business of Tomorrow: The Visionary Life of Harry Guggenheim – From Aviation and Rocketry to the Creation of an Art Dynasty (New York: Pegasus Books Ltd, 2021), tells the life story of businessman Harry F. Guggenheim (1890-1971). Readers of DailyArt Magazine will perhaps know him better as a co-founder of the Solomon R. Guggenheim Museum.

The Business of Tomorrow

Well-written, enjoyable, and easy to read, The Business of Tomorrow explores Harry Guggenheim’s many pursuits at a comfortable pace. The various chapters set out his education and early years in the Guggenheim family’s South American mines, as well as his role as “The Godfather of Flight”, military service, ambassadorship, ownership of Newsday, and more. His role in establishing the Guggenheim Museum after his uncle’s death occupies a single chapter. Each of Guggenheim’s ventures gets enough attention to tell the story properly, without allowing the plot to drag.

Smillie finds an effective balance between background and narrative. Despite being an essential, and often enjoyable, part of any biography, too much historical context can sometimes distract from the story at hand. The Business of Tomorrow avoids such extensive digressions. It includes just enough information for someone without any background in copper mining, for example, to easily follow without having to stop and look things up.

A Mind for Business

Unquestionably, Smillie is most interested in Guggenheim’s mind for business. Therefore, his book spends more time on Guggenheim’s innovations than on his personal life. In the introduction, Smillie tells us that “even those closest to him said he was a difficult man to figure out” and that he did not leave behind personal writings to provide insight into his personality. Perhaps this is why the biography focuses on the more tangible aspects of his business career. The reader does not finish with much sense of having gotten to know Guggenheim as a person. For example, we learn plenty about Guggenheim’s goals for the aviation research fund he administered in the 1920s, but very little about the circumstances which led to his two divorces. Fortunately, his business advances are interesting and varied enough to carry the book themselves.

In Praise of Harry Guggenheim

It is clear that Smillie truly admires Harry Guggenheim. It’s completely fair to write about someone you like, and it makes a nice change from other biographers who seem reticent to express affection for their subjects. However, the biography often feels uncritical. The author relays Guggenheim’s many efforts and achievements in rather glowing terms, without questioning them at all. This is most apparent in the section chronicling Guggenheim’s tenure as U.S. Ambassador to Cuba from 1929-1933. The ambassadorship started off well but ended disastrously, with Guggenheim embroiled in a vicious Cuban civil war. While Smillie does relay accusations by contemporaries that Guggenheim’s actions contributed to the problem, he doesn’t explore this line of thinking any further.

With the benefit of hindsight and perspective, biographers can often provide valuable commentary and interpretation of the events they recount. If done judiciously, this can be one of the most enjoyable parts of reading nonfiction. However, Smillie passes up such opportunities, seemingly unwilling to ask probing questions. Rich, powerful people like Guggenheim are invariably controversial, which makes the celebratory tone of the epilogue, in particular, ring somewhat hollow.

Notwithstanding the above-mentioned critiques, I really enjoyed The Business of Tomorrow. I went into it with no knowledge of Harry Guggenheim and little familiarity with the Guggenheim family besides their museums. I did not even realize that Harry Guggenheim was responsible for overseeing the museum‘s establishment after his uncle’s death. The art museum does not play a big role in Harry Guggenheim’s story, and yet I found plenty else to pique my interest. Smillie’s clear explanations and lucid prose make his book pleasant to read and easy to comprehend, even for those of us unfamiliar with business, diplomacy, or engineering. I really enjoyed it.

The Business of Tomorrow: The Visionary Life of Harry Guggenheim – From Aviation and Rocketry to the Creation of an Art Dynasty was published by Pegasus Books on October 5, 2021. It is available in both hardcover and ebook from Amazon, Barnes & Noble, and other booksellers.