Leaving Home as a Genre in Art: The Need to be on the Move 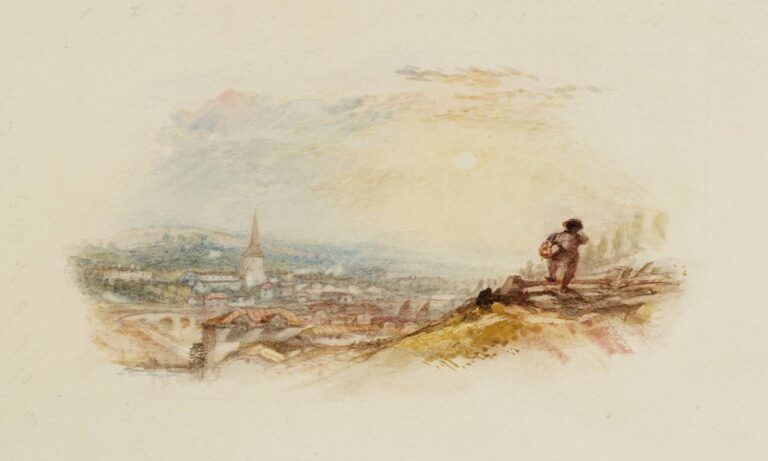 I don’t know if it is a millennial thing, similarly being in the same age group, or because now in 2019 we have access to everyone’s lives through social media. But it seems that all of my friends, family, and acquaintances are on the move. Constantly, or sporadically, they are leaving home for new places. With that in mind, I wanted to explore several pieces of art that detail some aspect of leaving home; whether from marriage, war, etc.

“Adventure must start with running away from home.” – William Bolitho

Home. While the memories of our childhood homes may be good or bad, there is consistent truth. At one time or another we leave our childhood homes for homes of our own, war, college, or disaster. Trading familiar faces and locations for new experiences; the options are endless. But we leave, nonetheless. Is it because of a generational need to separate ourselves from the identity of our parents and those who love us? Or is this notion of leaving home and spending our lives constantly on the go something that precedes all of us?

The domestic scene as a genre is well-known. But what about the sub-genre of leaving home? How has that been represented throughout art history?

The Genre of Domestic Scenes

The genre of domestic scenes, mostly made popular in the Dutch Golden Age by artists such as Vermeer or Jan Steen, opened a window into the lives of the depicted people.

They were meant to convey a certain message: that of wealth, family, peace, or Dutch culture, in a way that was honest and closer to nature than art previously seen before this time in and around the continent. While the following paintings fall outside of the realm of the Dutch Golden Age, they represent this notion of domesticity and family that the Dutch brought to the forefront of art in the 17th century. The above painting by the ever-famous Vermeer, is a glimpse into a musical scene. In typical Vermeer fashion, the light comes from one side of the painting, draping the scene in shadows. A young woman sits in front of the piano, focused on the sheet music more than likely. A man sits with his back towards the audience. And A woman stands next to him and appears to be singing. The trio pays no attention to the audience. No one is looking directly ahead. It is more of a snap shot than anything else. Given Vermeer’s techniques and the style of painting at the time, the feeling of a world frozen in place is not surprising.

Leaving Home: On the Move

Thomas Hovenden, an Irish-born artist, was known for his Realist and American Realist style paintings. The above painting is much more complex than merely a family saying goodbye to their son. While the focus is on the mother and son, there are five more family members plus a dog in the scene. The audience does not know where the young man is headed. But the scene is a sober one, filled with sorrow, insecurity, and a glimpse into an unknown future for the young man. The scene surrounding the mother and son is dark, leaving the main focus on the pair as she prepares him to leave. One is able to read each emotion painted on the various figures’ faces…even the dog! Hovenden has captured the moment right before the young man leaves and audience is able to feel the tension in the room.

Gilbert Gaul was a late 19th to early 20th century Realist artist who captured scenes of war, landscapes, and home life throughout America. The above painting is a glimpse into a fictional scene which depicts a young soldier stoically leaving for the Civil War, surrounded by his equally as outwardly calm father. The only looks of worry come from the female figures in the scene. Whether that is owed to the artist’s belief of female emotions, or not, they range in emotion from distraught to worried. Likewise, the other male figures in the scene appear just as or even more calm than the father. Again in this painting, as in Hovenden’s, the dogs are worth noting. The canines appear to be on high alert as if he is able to sense his owner’s pending departure.

Bengt Nordenburg, a 19th century Swedish artist, is known for his depictions of the genre of home life as well. A father stands to the background of the scene, almost completely obstructed by the use of light in the painting. In the foreground, mother and siblings prepare to say goodbye to the eldest and her new husband as they depart. Perhaps the mother is whispering last minute marital advice to her daughter. The mood of the scene is not quite as somber as the above-listed paintings. Yet there is a sense of anticipation from the figures.

Speaking from personal experience, my parents and in laws did not necessarily experience the exact same as we have. Whether that is owed to finances, availability and access to travel, or no desire to leave their hometown…their opinions on our nomadic lifestyles are far from unique. Countless friends, however, are picking up their limited belongings and forging a new path in new states and countries; from the mountains of Colorado, the home of country music in Nashville; and even flying across the Atlantic and Pacific to start their lives anew in Europe. They are joining the military, getting married, and having kids, mostly out from under the roofs of their childhood homes.

Pondering all of this, I ask myself and readers, is it a generational thing? This notion of living mostly nomadic lifestyles away from the filial and familial obligations of old? I wouldn’t necessarily lump the usage of the term nomad with wanderlust; The need to constantly be moving and the desire to travel, while they may be similar, are in classes of their own.