#MeToo Arrived in Museums: Fighting for Visibility in Berlin 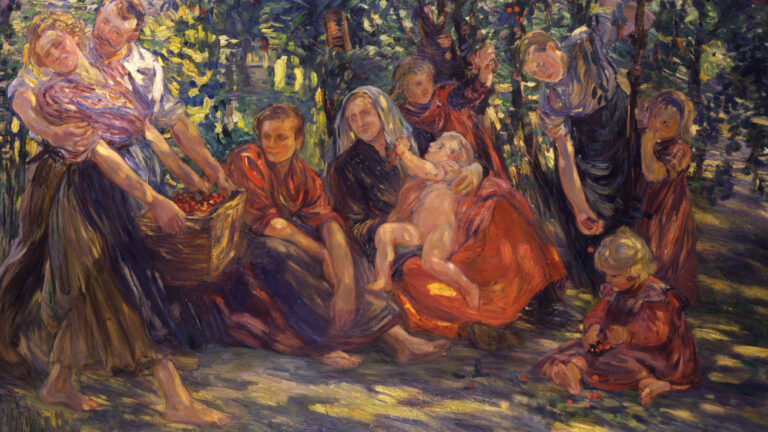 Since the 1970s and the emergence of feminist art, we have been witnessing the development of feminist art scholarship. Authors like Linda Nochlin or Griselda Pollock have been asking the 'uncomfortable' questions about female as an agent and female as an object of art. Their work might have lost momentum as the years past, but it appears that the spontaneous yet powerful wave of the #MeToo movement has regenerated not only the studies of art history, but also the art institutions across the globe, who are reflecting on their past actions and owned collections in terms of female agency and visibility.

Fighting for Visibility. Women Artists in the Nationalgalerie before 1919 is the first such extensive exhibition (its breadth and importance is reinforced by the publication of a book appendice) about presence of women artists in the Berlin museum, which ambitiously ventured onto featuring all women painters and sculptors working before 1919 whose works are present in the museum collections.

As Ralph Gleis and Yvette Deseyve write in the exhibition catalogue preface, the situation of women artists on German-speaking lands at the dawn of the 20th century, was not easy to define: although they were denied access to study at fine arts academies until 1919, many of them achieved commercial success nonetheless (especially that they were allowed to exhibit at the academies' exhibitions). What truly constraint women from equal treatment to men in the world of arts was the omnipresent conviction that women are generally less creative than men and hence are not able to produce a significant and technically excellent piece of art (this idea of women being 'derivative' stems from the biblical explanation of the creation of the first woman as 'derived' from Adam's, the first man, rib). Women artists who managed to achieve critical and then commercial success, were too often referred to as 'with a masculine style', or 'hard-working as a man'.

To combat the discriminating stereotypes women artists often united in associations, such as Austrian Association of Women Visual Artists, and organized their own exhibitions, as we see by an example of a 1910 only-women show in Vienna (interestingly enough, the exhibition featured mostly the artists who had already made it into the 'male' art market).

Fortunately, the exhibition (which you can visit until March 8th, 2020, I wonder if they picked the closing date on purpose) does feature both the trademark artists like Natalia Goncharova as well as names you have never heard of before. In the museum you will find over 60 paintings and sculptures, which we can divide into three categories: the first one shows the works which have been an integral part of the permanent exhibition for decades, including paintings by Caroline Bardua, Elisabeth Jerichau-Baumann and Sabine Lepsius. Others will be undusted and shown the Alte Nationalgalerie again after years of slumbering in storage, including portraits and history paintings by Friederike O’Connell and Paula Monjé. The third section will feature artists, like the Norwegian sculptor Ambrosia Tønnesen, or Vilma Parlaghy, the Salon painter famous in America, who for unknown reasons had fallen into oblivion and have never before been on view in the Museumsinsel.

I have managed to ask a couple of questions to the curator of the exhibition Dr. Yvette Deseyve and you will find the interview in the upcoming article.