Fighting for Visibility in Berlin: In Conversation with the Curator 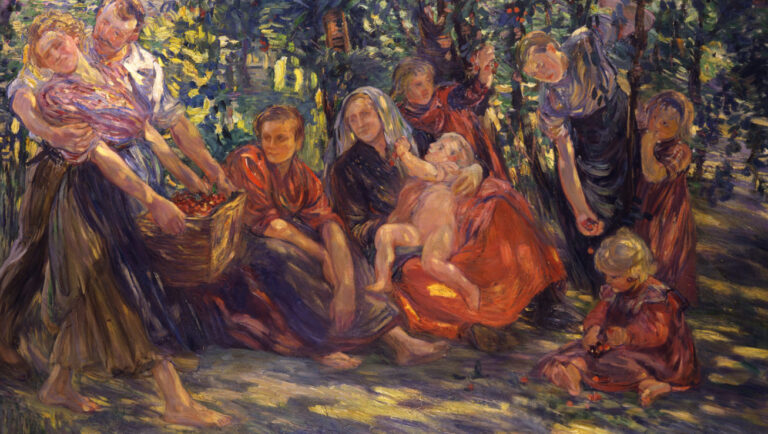 I have managed to ask a couple of questions of Dr. Yvette Deseyve, the curator of the exhibition Fighting for Visibility. Women Artists in the Nationalgalerie before 1919 that you can visit in Berlin until March 2020. If you want to find out more about it, read my previous article here.

How did the idea of organizing this exhibition come about? Were you inspired by the events linked to the #MeToo movement, or was it budding already years ago? (Taking into account that the NG has been involved in the gender discourse since the 1970s).

The idea to open the exhibition right now is certainly less due to the #MeToo-debate than due to a Berlin "anniversary". In 1919, the Berlin Academy of Arts allowed women to attend regular art classes for the first time. Furthermore, with the exhibition Fighting for visibility, we are building on an in-house tradition. In 1975, the first German museum exhibition of female artists took place here in the Nationalgalerie. Research has evolved enormously during this time, and it was time to take up the beginnings of 1975, and then work on this topic in a fundamental way.

You divided the exhibition booklet into several sections, assigning each artist to a particular category. Was it conceived as a tool to facilitate the visit of the exhibition, or did you want to find a link between the artists, trying to unite them somehow?

My intent was to make it clear to our visitors, that being a woman artist was not the same at the end of the 18th century as it was at the end of the 19th or beginning of the 20th century. Therefore the concept of the exhibition is in the first part chronological, in the last room I try to focus on aspects on visibility: what helped or prevented the awareness of works by women artists.

Why did you choose the title "Fighting for visibility", if many of the artists you treat in the show did actually achieve success despite many barriers? Wouldn't it have been better to emphasize their success rather than their struggle?

Nevertheless many of them were very successful, it was and maybe still is still a struggle for many women artists to get their rightful place in art history.

Have you received any negative reactions/ opinions such as 'it's yet another feminist and biased exhibition, which treats artists out of their context for contemporary discourse purposes'?

No, actually we have had no negative comments on showing exclusively women artists. For me personally, it was a pity that a lot of journalists focused on statistical questions like: what percentage of art by women do you have, how many will be shown after the special exhibition, rather than really seeing and analyzing the artworks themselves!

Do you have any plans to tour this exhibition to other German cities? And do you intend to continue to display the works which so far have been in the magazines after the exhibition's over?

Yes, we are trying to set up traveling exhibitions with part of the works to tour around Germany or abroad.