Why Is She So Hairy? Iconography of Mary Magdalene 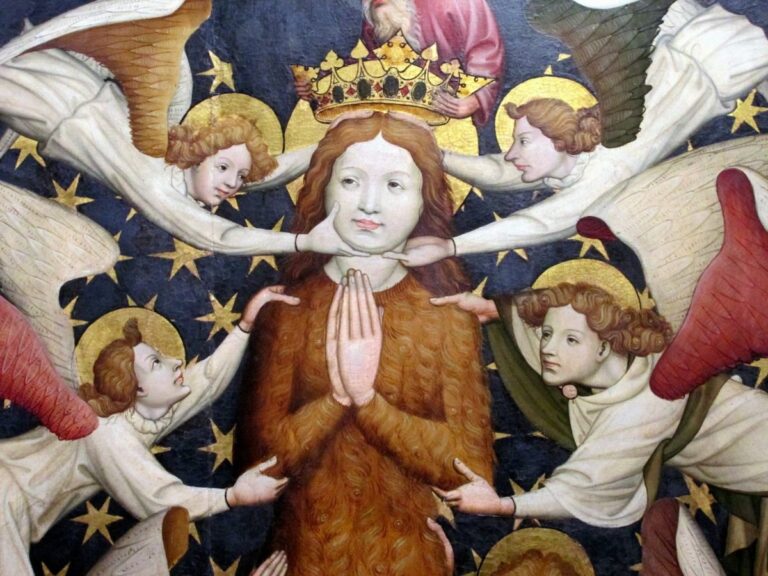 I had always asked myself this question when I came across the Gothic or early Renaissance representations of Mary Magdalene such as this: [caption id="attachment_4558" align="aligncenter" width="470"] 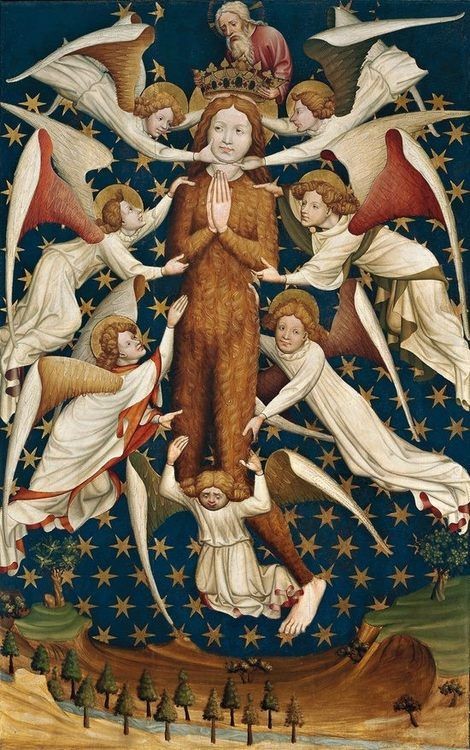 WHY IS SHE SO HAIRY?

We should start the story from the beginning: Mary Magdalene was this figure from the Gospels which caused a headache to the generations of popes. From the beginning she was associated with a nameless penitent woman, who previously having been a prostitute, converted and followed Christ. As the Gospel does not mention her name, she was a perfect character for preachers, an example of penitence, but also an explanation why women are not to be given full rights in the Church: because they are sinful (no mentioning Eve who brought the original sin on all of us... Those women.) [caption id="attachment_4559" align="aligncenter" width="620"] 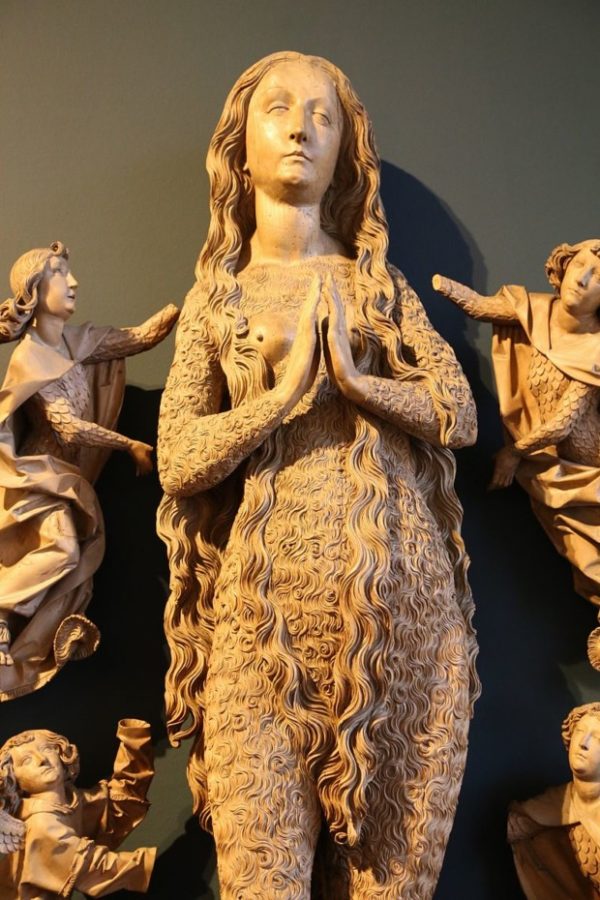 Tilman Riemenschneider, Mary Magdalen taken up into the air, 1490-92, from the Altarpiece of the Magdalen, from Münnerstadt, Bayerisches Nationalmuseum, Munich[/caption] The legend has it that having witnessed Jesus' crucifixion and his resurrection, Mary Magdalene went to live an ascetic solitary life on a desert, praying and fasting (let's forget Dan Brown's version for now...). She did not care about any mundane objects, including her clothes, so she wore the same veils until they wore off and fell apart. To protect her modesty, her bodily hair miraculously grew in abundance. (But in Riemenschneider's work, her hair does not cover her breasts, I wonder why...) [caption id="attachment_4560" align="aligncenter" width="471"] 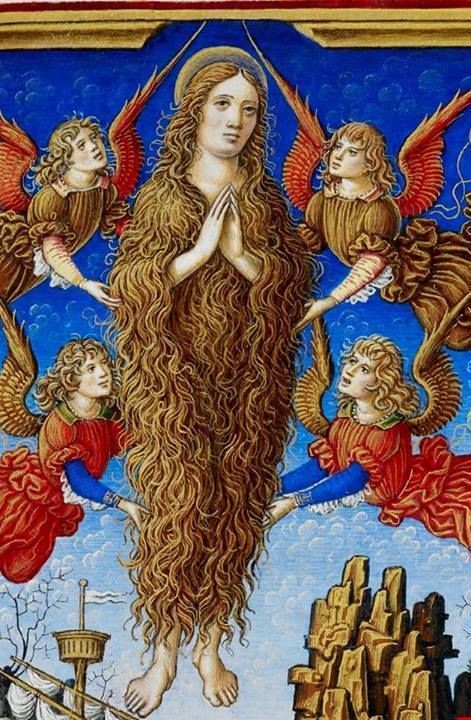 Attavante degli Attavanti and workshop, Mary Magdalene in "Horae ad usum Ecclesiae Romanae", ca. 1492, Royal Castle in Warsaw[/caption] In other representations, such as this one, her hair simply grows so long that it covers her entire body. That's a more credible representation, since there were no hairdressers in the desert, I imagine. The most interesting part of this story, however, is that AGAIN Mary Magdalene, poor girl, was confused with somebody else... [caption id="attachment_4563" align="aligncenter" width="620"] 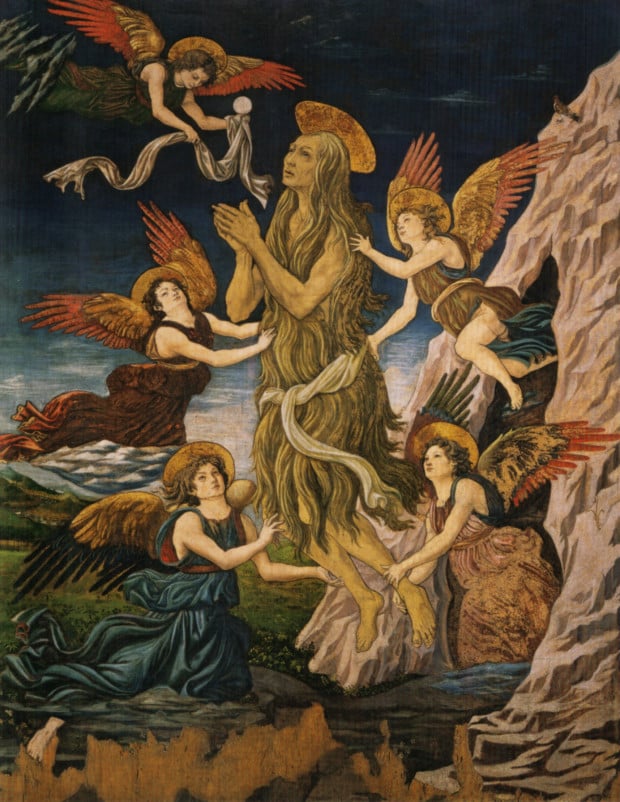 Antonio del Pollaiolo, Assumption of Mary Magdalene, ca.1460, Museo del Pollaiolo, Staggia Senese. Mary Magdalene iconography is clearly visible here[/caption] Her story as a hermit became conflated in the West with that of Saint Mary of Egypt, a 4th-century prostitute turned hermit. Since Mary Magdalene was definitely a more recognizable figure, an equivalent of a modern celebrity I dare say, she became the star of the hairy iconography, leaving Mary behind.

It’s DailyArt App’s birthday! Well, it is hard to believe but nine years ago, in 2012, everything started for us with launching...

As Christmas approaches, many of us are probably decorating our homes for the holidays. Even though this year again we might not be able to gather...