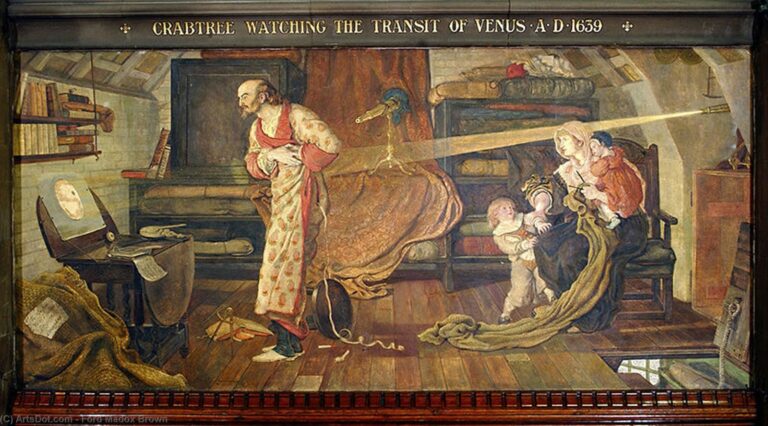 I want to honour the victims of the Manchester attack by sharing with you a very little known series of murals hosted by the Manchester City Council, executed by a Pre-Raphaelites painter, Ford Maddox Brown, which portray the history of the city from its foundation. [caption id="attachment_4921" align="aligncenter" width="620"] 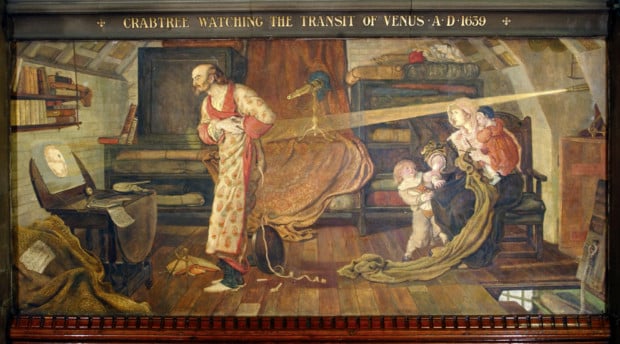 Ford Maddox Brown, Crabtree Watching the transit of Venus, 1893, Manchester Town Hall[/caption] The Town Hall commissioned Brown to paint six murals following the success of his masterpiece Work from 1865 (now in Manchester Art Gallery). He begun them in 1879, but did not complete the work until 1893, the year he died. He moved out of London with his family and during these years lived first at Crumpsall, then at Victoria Park in Manchester. [caption id="attachment_4922" align="aligncenter" width="620"] 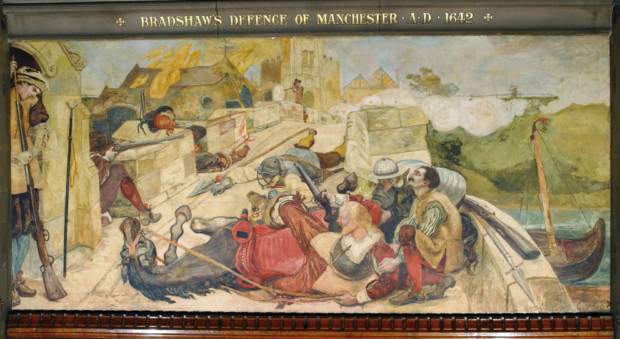 Ford Maddox Brown, Bradshaw's Defence Of Manchester, 1893, Manchester Town Hall[/caption] First, Brown was meant to paint 6 out of 12 murals but the other painter, Frederic Shields, withdrew leaving Brown with all twelve. All murals treat the theme of history of Manchester, trying to highlight the Victorian ideals of Christianity, as well as typical traits of the city, such as commerce and the textile industry. [caption id="attachment_4920" align="aligncenter" width="620"] 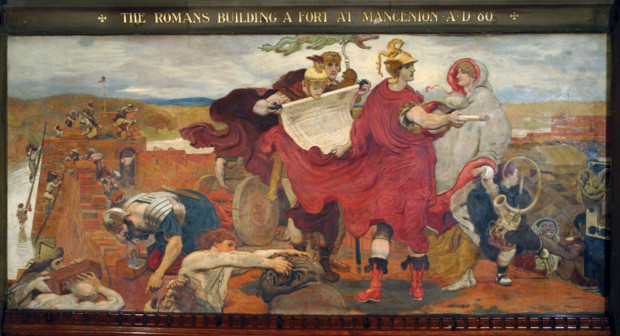 Ford Maddox Brown, The Romans Building a Fort at Mancenion, 1893, Manchester Town Hall[/caption] Brown closely studied the history of the city and added precise descriptions to each of the works. Moreover, he did not use the technique of fresco to produce the works but he took advantage of a Victorian technique, the Gambier Parry process, which used a spirit based medium and left a more hard wearing image. [caption id="attachment_4923" align="aligncenter" width="620"]

Ford Maddox Brown, Dalton Collecting Marsh Fire Gas, 1893, Manchester Town Hall[/caption] History of the city portrayed by Brown does not end in his contemporary times. It might be for that the recent events were too painful to mention, for example the Peterloo Massacre of 1819 or the Lancashire Cotton Famine from 1865.  Both subjects were proposed but the council's committee rejected them as too controversial.