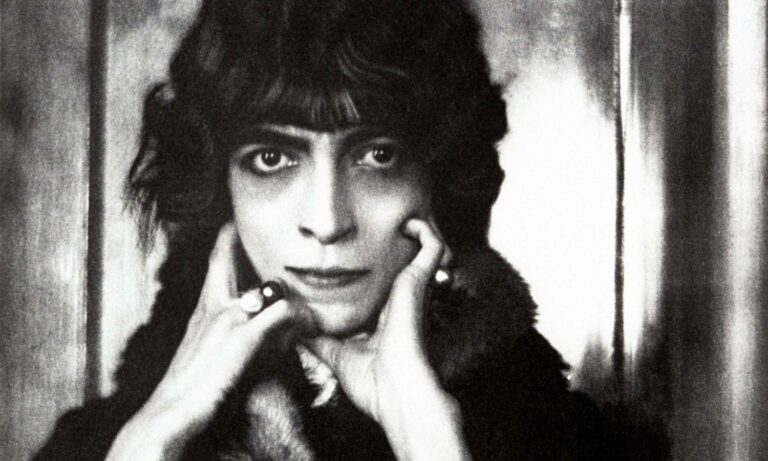 Woman who outraged and inspired people of her times, who was a symbol of the Belle Epoque and a muse to her-contemporary artists. She owned palaces all over Italy but died indebted and alone in London. Meet the Divine Marchesa, Luisa Casati, who wanted to make herself a living work of art and her life a spectacle.

A skinny and weird girl

Luisa Amman was born into a well-off family: her Austrian father made his fortune in cotton and the king Umberto I gave him the prince title. She was a shy girl, ashamed a bit of her long and skinny limbs. She would spend her days in churches and art galleries, copying great Reneaissance  paintings. When she was 13 her dear mother died, her father followed her two years later. Luisa and her sister were taken to their uncle’s. When Luisa was 17 and about to enter the high society, she made an outrageous decision: she cut her hair short, giving a beginning to a totally new trend.

Her marriage in 1900 to marquis Camillo Casati Stampa di Soncino was a marriage of interests and love. She accompanied her husband to the fox chases and participated in his businesses. Until she met Gabrielle D’Annunzio, a remarkable poet, whose charm and lifestyle seduced her. This first love affair gave the beginning to her liberation from social conventions and restraints of traditional love: she would have many lovers, both male and female (she had a love affair with a painter Romaine Brooks, of whom you can read in the article “More Than Fifty Shades of Grey In The Grey Life Of Romaine Brooks“).

Her persona inspired artists of her times from Boldini to Bakst, Marinetti, Balla, Man Ray, Alberto Martini, Van Dongen or John (who was also her lover). Whoever met her, wanted to render her uncanny beauty: she kept her pupils dark with doses of belladonna, rimmed their lids in thick black kohl, dyed her hair fiery red… She dressed up as Medusa or wrapped a snake around her neck instead of a necklace.

Her extravagant lifestyle brought her to the brink of poverty: during the world war two she changed her palazzo by the Grand Canal in Venice (where now the Peggy Guggenheim Collection is) for a tiny flat in London. She had amassed a debt the equivalent of 25 millions of dollars; unable to satisfy creditors, her possessions were auctioned off.