The Genius Experience: Leonardo and Warhol at the Crypt of San Sepolcro 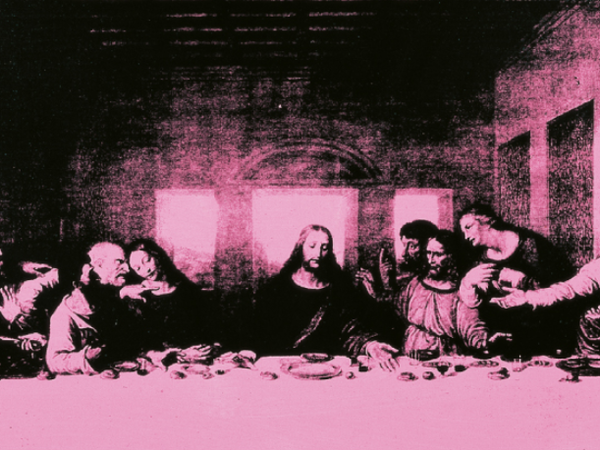 Two protagonists of their respective eras, the Renaissance genius and the father of pop art, collide together in Milan, despite four centuries of distance, in an immersive journey.

During 2019, various events and activities are being held to commemorate the 500th anniversary of Leonardo da Vinci’s death, but there's one in particular that differs from the rest in its originality and captivating staging. Leonardo & Warhol. The Genius Experience, as suggested by the title, is more than an exhibition: It's a real experience for the visitor.

The journey begins in Milan’s oldest underground church. Built as a private chapel around the year 1000, closed for over 50 years and reopened to the public only in 2016, the Crypt of San Sepolcro has a thousand-year history to tell. Defined by Leonardo da Vinci as the “true center” of the city, where the Cardo Maximus and the Decumanus Maximus crossed, it is the perfect place to discover the city of Milan, which was lived in, imagined and drawn by Da Vinci. The journey finishes with the reinterpreted version of the Last Supper by the father of pop art Andy Warhol, dating back to 1986, just one year before Warhol's death.

The exhibition features a multimedia installation with highly impactful images, presenting some of the core themes in Leonardo’s work such as the use of water, the relationship between men and earth, as well as nature and technological and architectural innovation. In the same way that Leonardo, during his stay in Milan, invented a new way of seeing the world through his paintings, an innovative technique that has opened the way to the development of science, centuries later Andy Warhol opened the door to a new interpretation of masterpieces in art. This is how, coming from different eras and characterized by very different styles, both were not only genius artists, they are also connected by one of the most famous events of all time: the Last Supper.

The Genius Experience is an exciting and interesting journey through art and history, proving that the Milan imagined by Leonardo is still alive 500 years later.

Visit the exhibition at the Crypt of San Sepolcro in Milan until June 30th.