Some see her art as sexualized. I'd rather see Huguette Caland's linear eroticism, which shifts between abstraction and figuration, as an exploration of intimacy of human bodies and relationships. She might be one of the most brilliant Arab artists to have emerged since the 1970s, yet so little is written about her: is it because she challenged tradition and Arab conventions of female modesty?

Daughter of a Hero 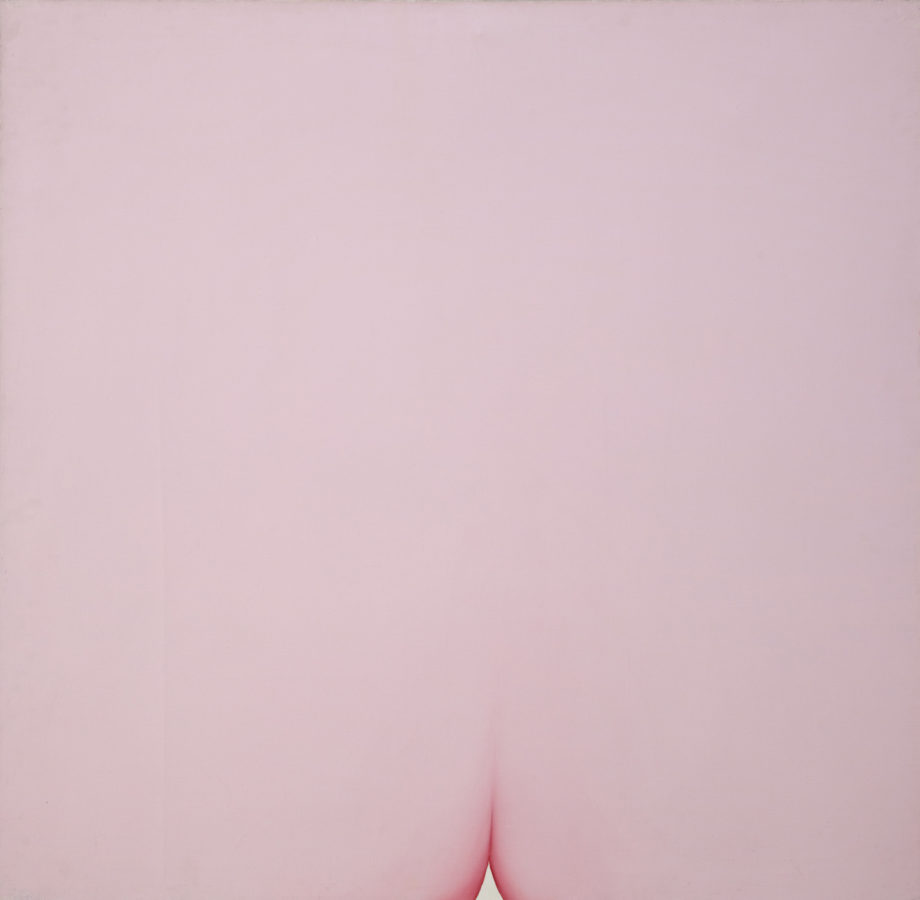 Huguette Caland, Self portrait, 1995, Agial Art Gallery[/caption] Caland was born in Lebanon in 1931 as the daughter of Bechara El Khoury, a hero of Lebanese nationalism and the first president of postcolonial Lebanon. She deeply disappointed him falling in love with a French-Lebanese man, who above all was the nephew of her father's greatest rivals... They had three children, but soon Huguette disappointed also her husband: first she took a lover called Mustafa, then left him and her family to begin a new life in Paris. Then, she moved to Venice, California for many years, to finally return to Beirut in 2013.

Huguette Caland, Untitled, 1972, source: https://www.artpapers.org[/caption] Caland turned to art quite late in her life, beginning studies at the American University in Beirut in her 30s. Although she started a career in the early 1960s, she gained real recognition after moving to Paris. It might be for the fact that Beirut was not ready for her art, since at that time her painted nudes caused shock and continuous speculation about her morals. “Huguette was a free woman and it was too much for Beirut …", said Nadine Beghdache, daughter of Caland’s Lebanon gallerist Janine Rubeiz.

Huguette Caland, Hidden Moustapha, 1975, source: https://www.artpapers.org[/caption] Her first works explored bodies in their amorousness and anatomy: she sculpted and painted semi-abstract inexplicit nudes-'bodyscapes' with a lightweight and humorous style. Her series of drawings from the early 1970s expand the potentialities of line with an unbridled wildness, transforming her figures' limbs into landscapes and landscapes again into body parts. Her thinly drawn people, often in erotic liberation, might be an allusion to the sexual emancipation of the 1970s. Or, since the lines immerse the viewer in profound lyricism, they might be inspired by the decadent poetry of Paul Verlaine, who as Caland left his wife and family for a life of romance with Arthur Rimbaud.

Huguette Caland, Hi!, 1973, source: https://www.artpapers.org[/caption]
Caland aptly declared: “I’m a line person,” and as soon as she moved to Paris, she was invited to design a line of haute couture caftans for Pierre Cardin. Even the clothing she creates is as intricate, playful, and memory-infused as her paintings, drawings, and sculptures, whose delicate lines are based on Caland's childhood memories of handwoven rugs that surrounded her in her childhood home in Beirut. And so her compositions are textile-like and minutely patterned, balancing between the suggestive and the explicit. [caption id="attachment_19938" align="alignnone" width="1000"]